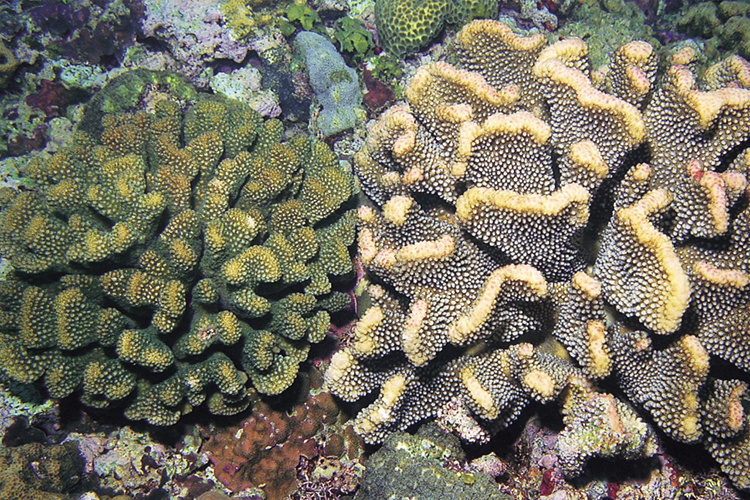 Pocillopora meandrina is one of the most widely-distributed and abundant corals in the Indo-Pacific, with a very large range extending from Madagascar to Costa Rica, and an overall abundance of at least several tens of billions of colonies. Although populations of P. meandrina often suffer extensive mortality from warming-induced coral bleaching, they typically recover quickly because of the species’ productive life history.

As with most reef-building corals, P. meandrina is threatened by a combination of worsening global and local threats. While broadly deteriorating conditions will likely result in a downward trajectory of P. meandrina’s overall abundance in the foreseeable future, its wide distribution, high abundance, and productive life history are expected to allow the species to at least partially recover from many disturbances, thereby slowing the downward trajectory.