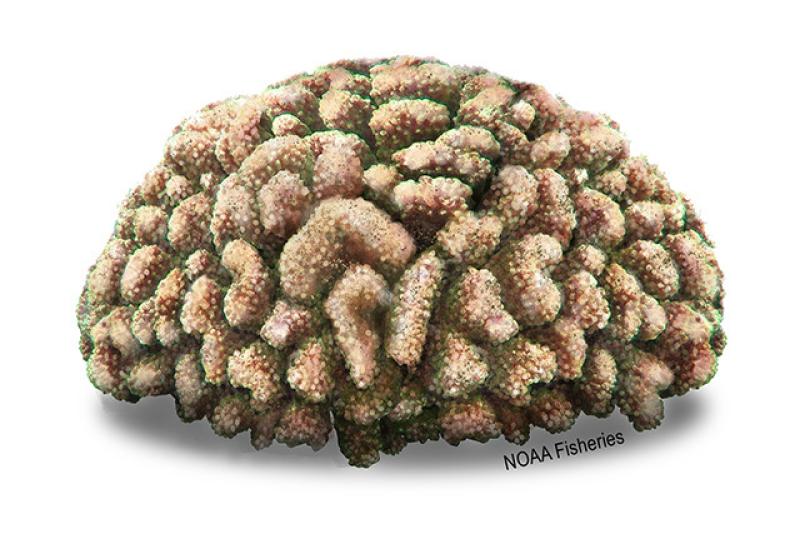 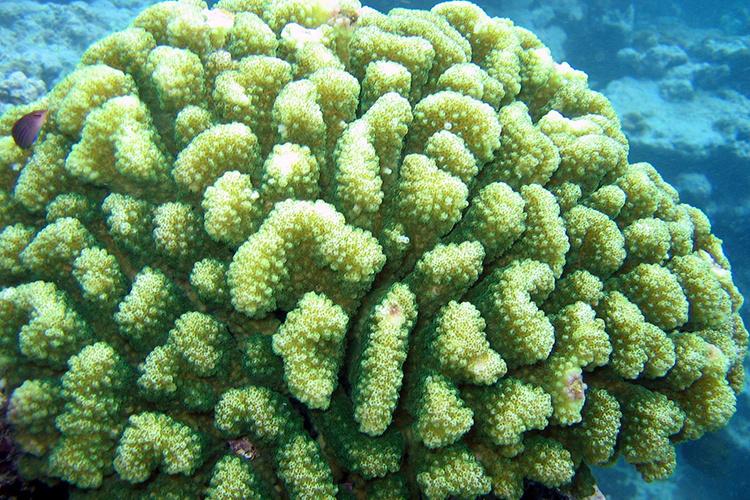 Pocillopora meandrina (sometimes called cauliflower coral) is found in reef coral communities at depths of 1 to 27 meters, commonly on shallow reefs exposed to strong wave action. It is found on most coral reefs of the Indo-Pacific and eastern Pacific, with a range extending from the Seychelles Islands in the Indian Ocean to the west coast of Central America in the eastern Pacific. The species is found in all U.S. Pacific Islands jurisdictions.

Colonies of Pocillopora meandrina are small upright bushes, with branches radiating from the initial point of growth. Branches are flattened and covered by bumps called verrucae. Colonies are usually cream colored, but can also be green or pink.

In March 2018, NOAA Fisheries received a petition to list P. meandrina under the Endangered Species Act. Due to a host of threats that have recently worsened, we found that the available information may support the petitioned action, thus we published a positive 90-day finding and commenced a range-wide status review of P. meandrina.

A 12-month finding was published on July 2, 2020 that concludes that listing is not warranted at this time.

On March 14, 2018, NOAA Fisheries received a petition from the Center for Biological Diversity to list P. meandrina in HawaiÊ»i under the Endangered Species Act. The petition requested that the Hawaiâi portion of P. meandrinaâs range be considered a significant portion of its range. However, before we can analyze such specifics of P. meandrinaâs range, we must first find that the species is neither endangered nor threatened throughout all of its range. Thus, we interpreted the petition as a request to consider the status of P. meandrina throughout its entire range first.

On July 2, 2020, we published our finding that concludes that the species is neither endangered nor threatened throughout all of its range. 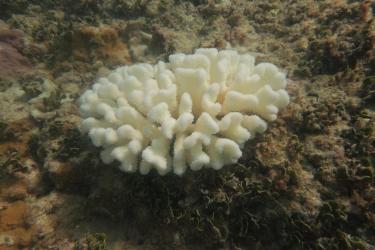 Alphabetical listing of all documents cited in 90-day finding.