NOAA Fisheries issued an IHA to the City of San Diego (the City) take three species of marine mammals, by Level B harassment only, incidental to Coast Boulevard improvements in La Jolla, California. The project was been delayed, such that none of the work covered in the identical IHA issued in 2017 was initiated and, therefore, the City requested that an identical IHA be issued to cover the same work in 2018. 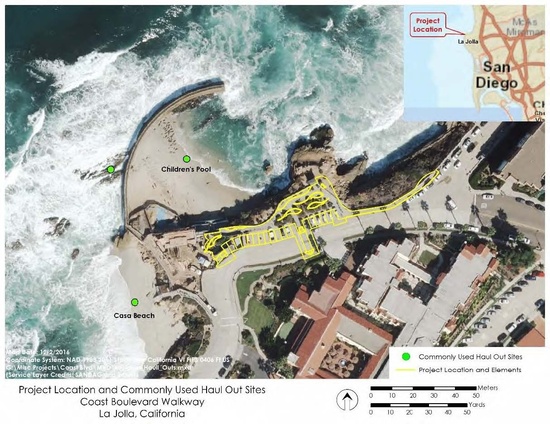