Harbor Seal Telemetry Study in the Aleutian Islands in 2014 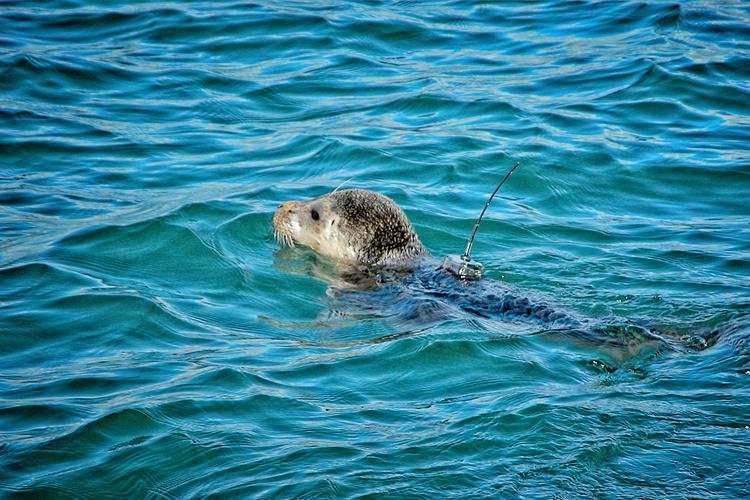 A team of biologists and veterinarians from NOAA, the National Park Service, and the Marine Mammal Center with logistical support from the U.S. Fish and Wildlife Service conducted a research project on harbor seals on Adak Island, Alaska during 2-9 September 2014. Using small boats and tangle nets, the team captured 15 seals in Clam Lagoon, which is located in the northeast corner of Adak Island. The sex composition was 10 females and 5 males, and by age-class was 9 adults, 5 subadults, and 1 weaned pup. All seals were examined, measured, and weighed to assess their physical condition, and blood and tissue samples were collected to analyze their health, diet, and genetic composition. Although samples have not yet been tested for contaminants or diseases, all of the seals appeared to be healthy and in good condition.

Satellite tags were attached to hair on the heads or backs of 13 seals that had sufficiently completed their annual "molt" (shedding and regrowth of hair and skin). These tags will transmit the seals' movements and dive and haul-out behaviors for up to 1 year, then will fall off during next year's molt. Most seals also received a smaller satellite tag attached to their rear flipper which transmits location and haul-out data (no dive behavior) when the seals are out of the water. Two seals (PV2014_2004 and PV2014_2013) were not sufficiently molted and only received the flipper tags. Because of the limited transmission opportunity, movement paths from these animals are less precise. Preliminary data from these tags are presented in reports below, with the first report summarizing the first 5 months of these tags' deployments. Updated reports will be added to this webpage on an approximate monthly basis until the tags stop reporting.

This study is the first of its kind on harbor seals in the Aleutian Islands, where the population is estimated to have declined by about 67% during the 1980s and 1990s, following similar declines of Steller sea lions and northern sea otters. The goal of this study is to collect baseline data on the seals' health and behaviors to improve our understanding of past and potential future changes in this population's numbers. 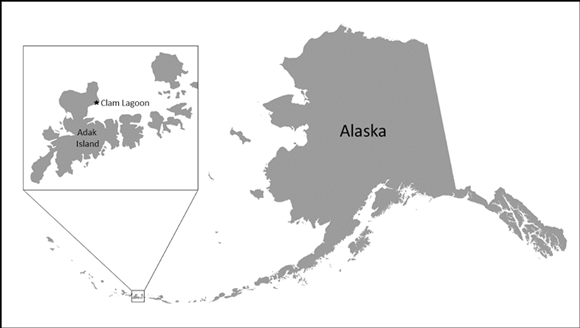