Commercial and recreational fishermen are prohibited from keeping most Atlantic ridgeback sharks.

What to Look For

Ridgeback sharks get their name from the ridge of skin on their midback, between their dorsal fins. Common Atlantic ridgebacks include dusky, bignose, sandbar, night, silky, and Caribbean reef sharks. 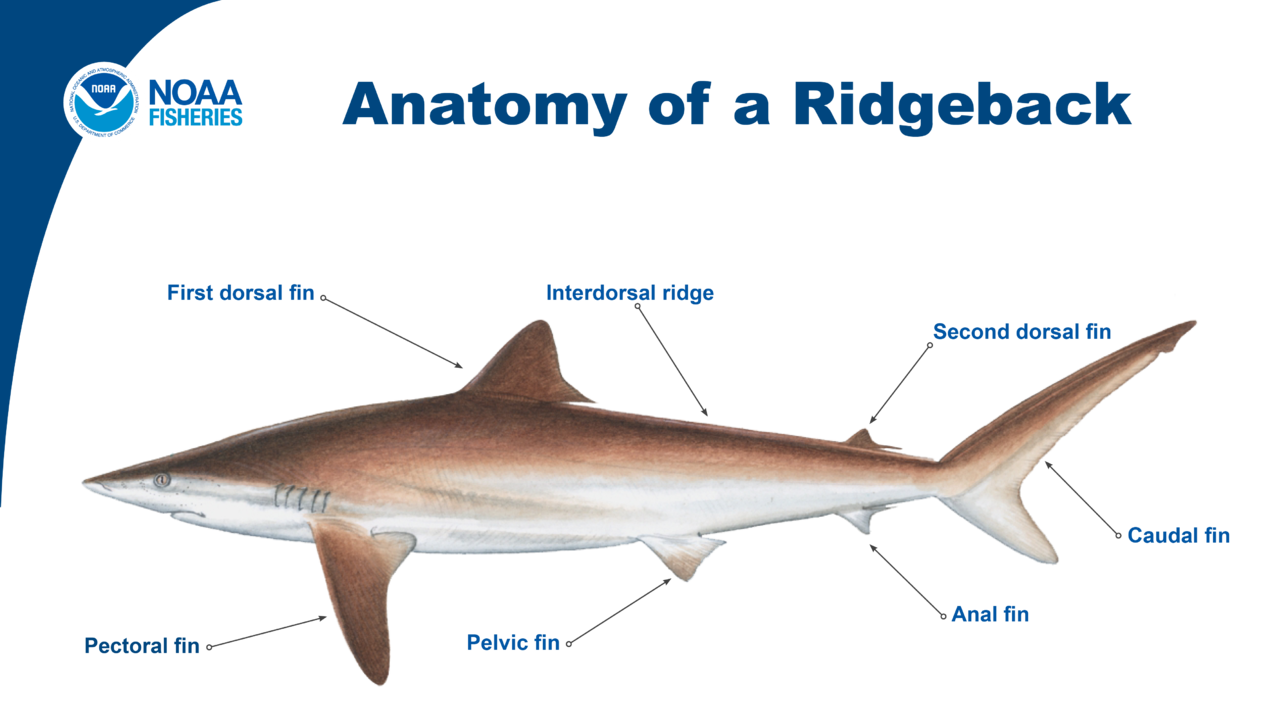 Most ridgebacks are prohibited species in the Atlantic. If you catch one, you must immediately release it with minimal harm to the shark. Exceptions include tiger and smoothhound sharks. You can recognize a tiger shark by its distinctive nose and stripes that fade as the shark ages. To identify a smoothhound, look for a ridge before the dorsal fin in addition to an interdorsal ridge.

There are many species of sharks, and they can be difficult to correctly identify. Remember, if you don’t know, let it go.

Follow these steps to increase a sharks chances of survival after being released.

Last updated by Office of Sustainable Fisheries on 09/09/2021