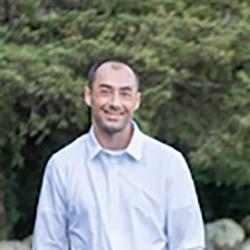 Chris attended the University of Connecticut, pursuing a Bachelor’s degree in Geography. His first foray into biological science was shortly after; during a volunteering trip to Costa Rica, he worked with an Indigenous tribe collecting data on migratory birds with the use of mist nets. His NOAA Fisheries journey began as a contractor in 2009 as a temporary sea-going technician for the Monkfish survey. Upon that survey’s completion, he moved into a data quality/data monitoring role with the Fisheries Sampling Branch. Several years later, he was back with the Ecosystems Surveys Branch, participating in a leadership capacity for each of the center’s surveys. After a year at sea, he joined the Population Dynamics Branch in support of SBRM and the Stock Efficiency Initiative. He is now a member of the Data and Information Systems Branch’s Data Management Team.