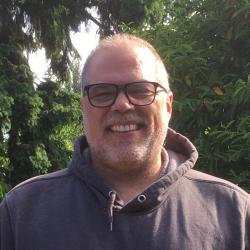 Eric is a research geneticist with the Center's DNA group and has worked at the Center since 1995. Eric has a Bachelor's in microbiology and a Master's in biology.

Eric has research, technical, and administrative responsibilities. Eric conducts population genetic research on Oncorhynchus spp on population genetic structure of Salmon River Basin steelhead in relation to the landscape influence on the distribution of genetic relationships in the region.