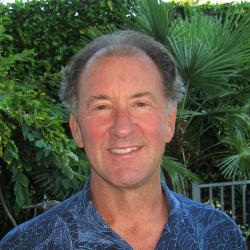 As an aquatic toxicologist, Jim studies the relationship between exposure to chemicals in the environment and the biological responses elicited. His interests are broad, ranging from environmental chemistry to mechanisms of toxicant action. For many years Jim has studied the environmental factors that control the bioavailability of contaminants and their role in determining the amount that is bioaccumulated. He has been very interested in quantifying these factors and using them to predict tissue concentrations in animals collected from the field. In conjunction with this work, Jim has also examined the role of toxicokinetics in predicting bioaccumulation and the differences that species exhibit in their response to toxicants. Over the last ten years, these studies have evolved to include analysis of the toxicant response based on critical body residues (CBR). For many toxicants, a particular biological response, such as growth impairment or mortality, often occurs at approximately the same tissue concentration in a variety of species. By estimating the CBR for a given chemical and biological response, scientists can assess the condition of species that are exposed to excessive levels of harmful chemicals. Most of this work has been done with invertebrates and fish and the main goal is to help generate threshold concentrations of contaminants in water, sediment, and tissue that can be used to protect sensitive and endangered species against population level impacts.

Jim has considerable experience studying aquatic organisms and has held positions at the Scripps Institution of Oceanography (1975-1981), the Naval Ocean Systems Center (1981-1983), and the Envirosphere Company (1988-1989). Since 1990, he has been Research Fisheries Biologist with the NOAA Fisheries in Seattle. Jim has a B.S. in Zoology from Humboldt State University in Arcata, CA (1975), a M.S. in Physiological Ecology from San Diego State University (1981), and a Ph.D. in Aquatic Toxicology from the University of Washington (1988). After a National Research Council Postdoctoral Fellowship with Usha Varanasi (1989-1990), Jim joined the Environmental Conservation Division at NOAA Fisheries.