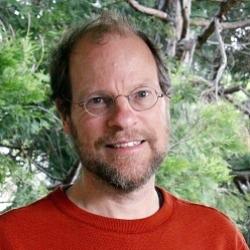 Mike Ford joined the Northwest Fisheries Science Center in 1995, and has been Director of the Conservation Biology Division since 2003.  As a graduate student, Mike studied the genetics of speciation in fruit flies.  Upon coming to the NWFSC, he focused initially on using molecular methods to study local adaptation in salmon, before focusing for many years on research to study interactions between hatchery and wild salmon.  Mike has led and participated on multiple ESA status review teams for salmon and whales, and has been involved with various aspects of recovery planning for salmon and southern resident killer whales. He received his Bachelor of Science Degree from Stanford University and his Ph.D. in population genetics from Cornell University.