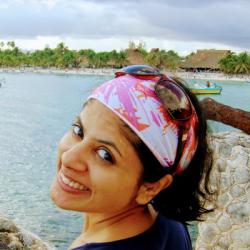 Dr. Mridula Srinivasan is the Director of the Marine Mammal and Turtle Division of the NOAA's Southeast Fisheries Science Center.

Mridula Srinivasan has a doctoral degree in wildlife and fisheries sciences from Texas A & M University. Previously, she earned degrees in environmental management from Florida Tech (MS) and zoology & molecular biology (B.Sc. (Honors) and M.Sc.), from the University of Delhi, India.

Besides overseeing the Marine Mammal and Turtle Division at the Southeast Fisheries Science Center, Mridula is interested in investigating the ecological and social determinants of animal decision-making as it relates to their distribution, habitat use, foraging and social behavior, and species interactions at the community level. She is especially interested in predator-prey interactions involving social predators and investigating the ecological and evolutionary consequences of anti-predator behavior, which are akin to the effects of human-caused and environmental stressors, including climate change on marine mammals and marine ecosystems. She is also actively involved in supporting marine mammal education, research, and stranding response, especially in India. 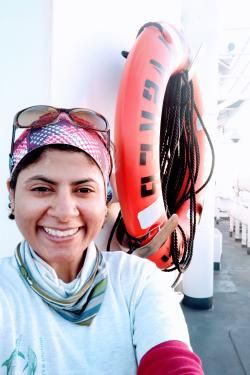 Mridula joined NOAA as a 2009 Sea Grant Knauss Fellow at NOAA Research’s Office of International Activities. Thereafter, she worked at the Office of Science and Technology, where she set up the Protected Species Science Program and then served as Chief, Protected Species Science Branch for four years. During her time at NOAA, she was the 2019 Scientific Committee for Ocean Research (SCOR) Visiting Scholar and the 2017 U.S. Department of State Embassy Science Fellow. She holds a joint appointment as a Visiting Research Scientist at Earth System Science Interdisciplinary Center (ESSIC), University of Maryland, College Park. She currently serves as the Society for Marine Mammalogy Education Committee Chair and organizing member of the Women in Marine Mammal Science (WIMMS) initiative. Mridula is passionate about ocean literacy and mentoring the next generation of marine scientists, especially underrepresented groups.