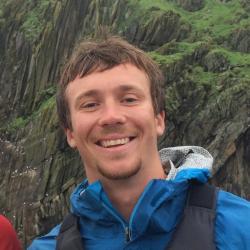 Sam Woodman is a biologist and data manager for the Antarctic Ecosystem Research Division. He became involved in NOAA Fisheries while earning a B.S. in Computational Biology from Harvey Mudd College in 2016. He has since been involved a variety of efforts at the SWFSC, including fieldwork in the Antarctic and California Current and developing software tools for processing model predictions and shipboard or aerial survey data. His current interests include streamlining data collection systems in the field, as well as improving data access and usability for internal users and external stakeholders. Sam also supports the division’s Antarctic field research and various data processing needs.