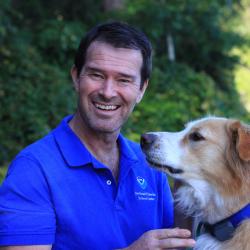 After growing up on a sheep farm in upstate NY, Sean received undergraduate degrees from SUNY Cobleskill and Cornell and his PhD from UC Santa Cruz where he studied marine mammal communication, physiology and reproductive behavior in large cetaceans and pinnipeds. Sean began working for NMFS on Hawaiian monk seals in 2001, and then transitioned to salmon and the SWFSC NMFS Santa Cruz lab in 2002, where he developed the Scott Creek research program on steelhead and coho salmon. In 2009, Sean assumed the leads for the NMFS salmon ocean survey for Southern Oregon and California, and Central Valley juvenile Chinook acoustic telemetry migration/survival and predator-prey studies. Sean participated in NOAA’s Leadership Competencies Development Program between 2014-2016. In May 2016, Sean became the Protected Species Branch Chief at NOAA’s NEFSC in Woods Hole Massachusetts where he is supervising the teams managing their ESA and MMPA based research portfolio including salmon, marine mammal and sea-turtle research programs.