The Northeast Fisheries Science Center’s 2018 Fall Bottom Trawl Survey aboard the NOAA Ship Henry B. Bigelow has been completed. The survey began on September 4 as scheduled and ended on November 13, finishing 83 percent of planned stations. 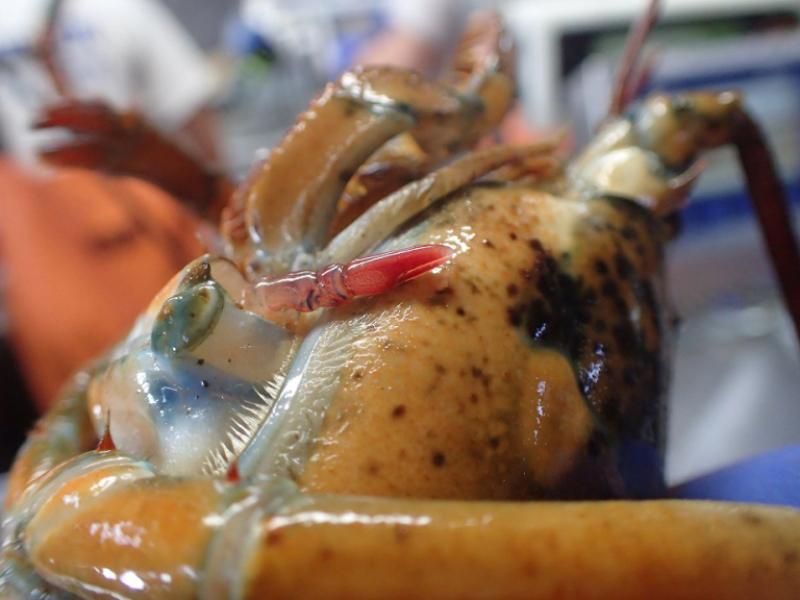 Working With, and Around, the Weather and Vessel Repairs

The Northeast Fisheries Science Center’s 2018 Fall Bottom Trawl Survey aboard the NOAA Ship Henry B. Bigelow has been completed. The survey began on September 4 as scheduled and ended on November 13, finishing 83 percent of planned stations (314 of 377).

The NOAA Ship Henry B. Bigelow supports a variety of marine research. The NEFSC's twice-yearly bottom trawl survey of fish and invertebrates is the longest running of its kind in the world, and collects data used to understand changes in marine life and their habitats over time.

During Leg 1, Hurricane Florence passed through south of Delaware Bay, yet operations continued by adjusting the survey track. Some planned inshore stations in the storm's path were not sampled. Still, Legs 1 and 2 were the most productive for this survey.

Leg 3 left on schedule to cover Southern New England and Georges Bank. About midway through the leg, strong winds forced operations away from eastern Georges Bank and into Cape Cod Bay. While sampling there, crew members discovered a small hole in the aft part of the vessel through which draining seawater was being retained in a watertight space. The ship returned to Newport, RI on October 19 to address the issue. The repair was done quickly but continued high winds, short-term staffing issues, and replacement of a required back-up electrical system consumed the remainder of sea days available for Leg 3. In all, 7 sea days were lost.

Temperature and salinity measurements were conducted at all but one of the stations occupied. Plankton tows were also planned at a subset of stations, and about 75% (87 of 116) of the planned stations were completed. Reduced plankton tow coverage was mostly caused by lost sea days, although 4 stations were affected by equipment problems.

In close consultation with the Northeast Trawl Advisory Panel, we set aside time during this survey to focus on achieving consistent net spread with our survey gear in shallow water, testing several different trawl door types. We completed approximately 24 hours of testing for the 66" Thyboron Type IV doors during calibration work leading up to the survey. We planned to test other types using any remaining sea days after the survey was completed. These experiments did not occur owing to lost sea days, but will be rescheduled during a future field season.