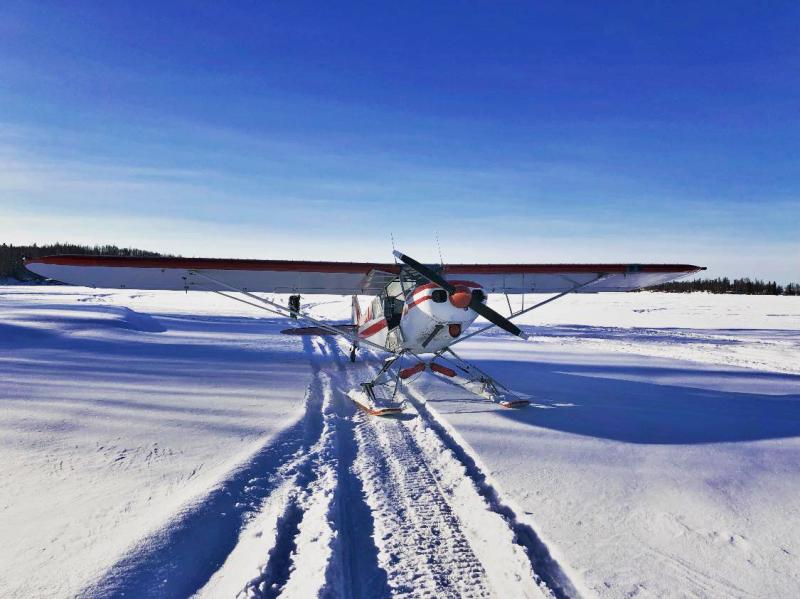 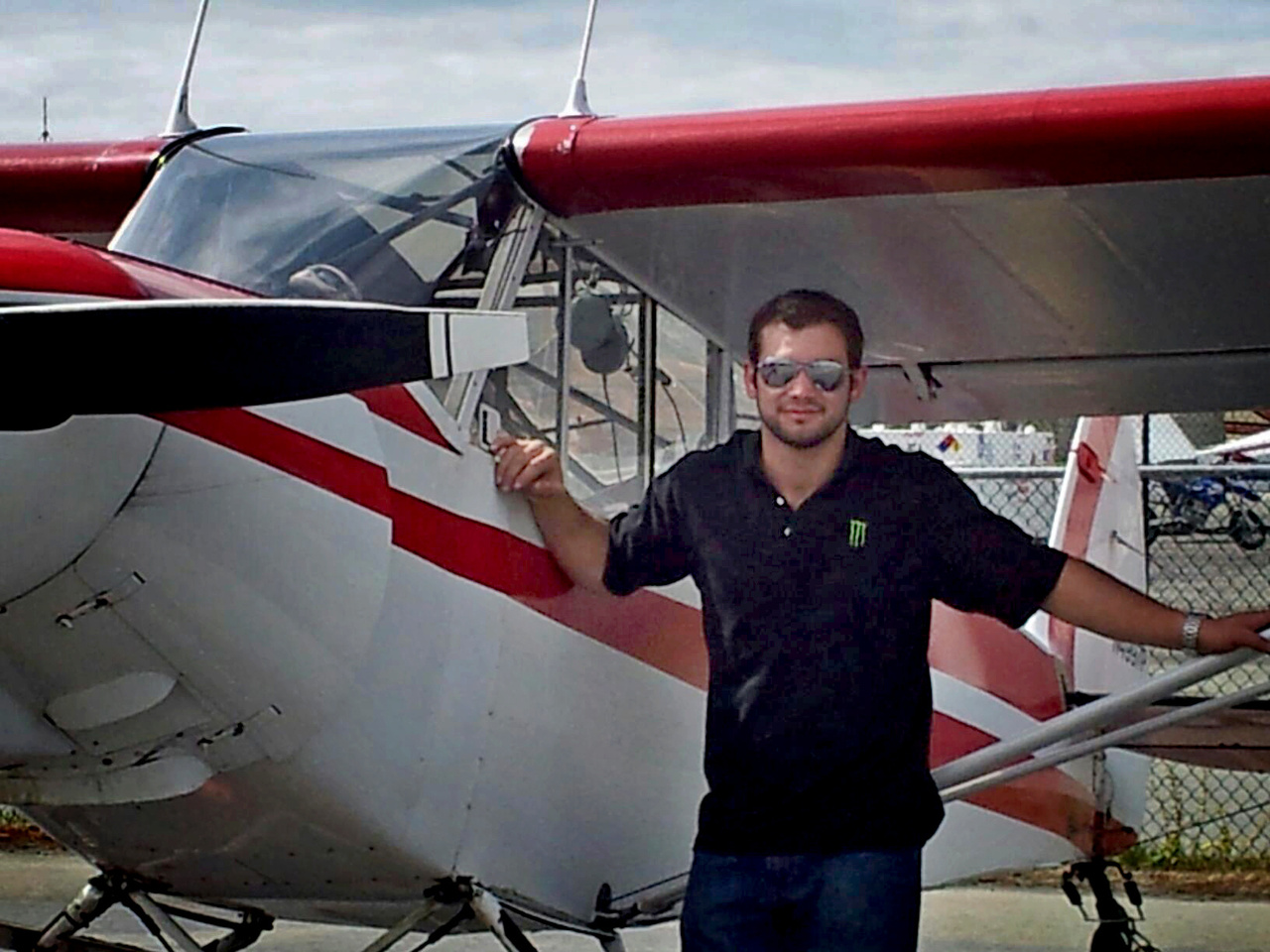 Tyler Brown took off to enjoy a nice spring day flying over Cook Inlet. He landed with a valuable find for beluga whale researchers.

“I was flying over the Inlet with my buddy Garrett in the passenger seat. We were just bebopping along to see what we could see. Then Garrett spotted this bright orange object on the beach, sitting next to a log jam. I decided to land and check it out. It was like a treasure hunt,” said Brown.

Brown landed his Super Cub airplane with skis on the snow-covered tidal flat. After removing debris to uncover the mysterious orange device, they saw the NOAA label and phone number. “I figured it was something important. It looked like it was not inexpensive.” So they hoisted the 66-pound mooring package into the airplane— “a feat in itself”— and flew it home.

“Finding this mooring is not just a great recovery of expensive equipment, but also of irreplaceable data,” said Manuel Castellote, the NOAA Fisheries marine mammal scientist who is leading the beluga study in partnership with the Alaska Department of Fish and Game. “Without it, we were not going to be able to complete the study and accomplish our objective.” 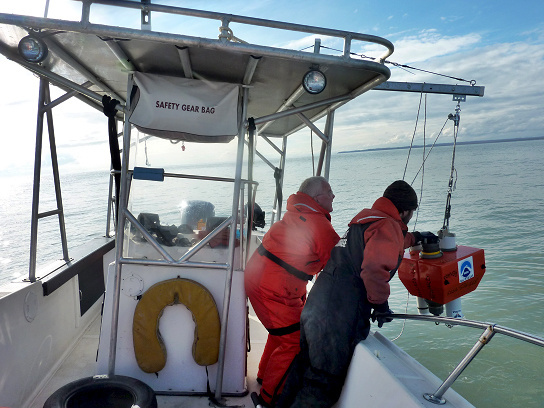 NOAA Fisheries scientist Manuel Castellote deploying the mooring package near the mouth of the Little Susitna River in Alaska in September 2016, with help from Dave McKay of McKay Yacht Charters, Anchorage.

Castellote’s team had deployed the mooring with its acoustic monitoring instruments near the mouth of the Susitna River in September 2016.  “When we went to recover it in the spring, we could “talk” to the mooring release system (it pings back when interrogated), so we knew it was there. But when we requested it to release the anchor line, it never came to the surface. That meant it was stuck, maybe pinned down by branches or logs. We came back a couple of months later to try again, but it was still stuck. When we went a third time last fall, it was gone.”

Castellote speculates that the mooring was swept away with the logs that had pinned it down, then washed up on the beach where Brown found it.

Castellote’s team is using these moored acoustic instruments to monitor Cook Inlet beluga whales and human-made noise to find out if the belugas are avoiding one of their most important feeding areas, the Susitna River. It has been well documented that toothed whales like belugas avoid noisy areas. If belugas are avoiding noise in critical foraging grounds, it may affect their survival.

During the 1990s, the Cook Inlet beluga population declined by 50%.  In spite of a voluntary moratorium by subsistence hunters and protection of critical habitat, the population has not recovered as expected. Castellote’s study will help to understand whether noise in their feeding grounds is one of the causes impeding recovery.

The study is part of a multiyear project conducted by NOAA Fisheries in partnership with the Alaska Department of Fish and Game.