Behind the Scenes: A NOAA Fisheries Research Expedition

Fishing sustainably means leaving enough fish in the water so that they can replace through reproduction what we remove through fishing. To do that, we need to know how many fish are out there to begin with. But fish are mostly invisible to us, they move around a lot, and they're constantly eating each other, so getting an accurate estimate of their numbers requires a lot of work.

One important piece of that work is the fish survey. A fish survey is basically a statistically rigorous fishing trip that, when conducted consistently and repeatedly over time, allows scientists to monitor trends in fish abundance and changes in the marine ecosystem. NOAA scientists conduct fish surveys all along the nation's coasts.

The data from these surveys are used, along with data collected from fishermen and other sources, to set sustainable catch limits, ensuring that we can enjoy a healthy supply of seafood both today and into the future. 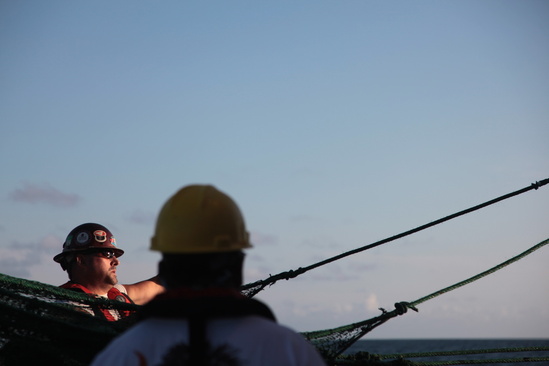 In the Gulf of Mexico, NOAA Fisheries scientists conduct a groundfish survey twice a year. Using a trawl net very similar to those used by commercial shrimpers, they sample the bottom in order to know what's down there. In this photo Tim Martin, the chief bosun of the NOAA research ship Oregon II, maneuvers the trawl net. 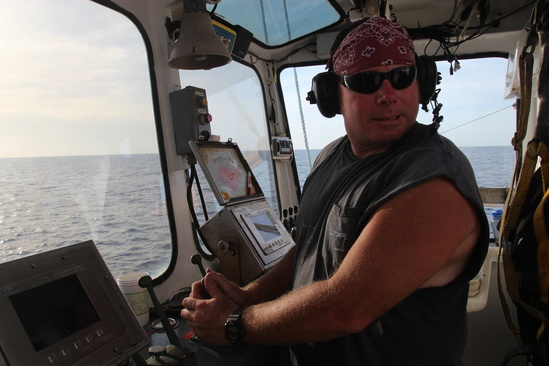 Among the NOAA personnel on board are several with the job title Fisherman. These are the men and women who operate the cranes, winches and other heavy industrial equipment used in fishing. Like many NOAA fishermen, Chris Nichols is a U.S. Navy veteran, and he has spent most of his adult life at sea. In this photo, Nichols keeps an eye on the winch as he reels in the trawl net. 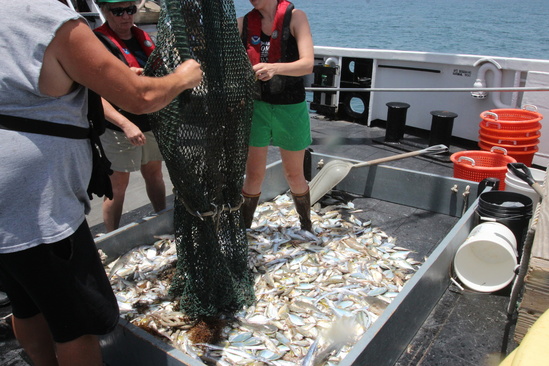 In the Gulf of Mexico, a single haul often brings up over thirty species of fish, molluscs (mainly squid), and crustaceans (such as shrimps and crabs). The haul will be sorted by species, and then scientists will weigh, measure, and sex a subsample of each species. 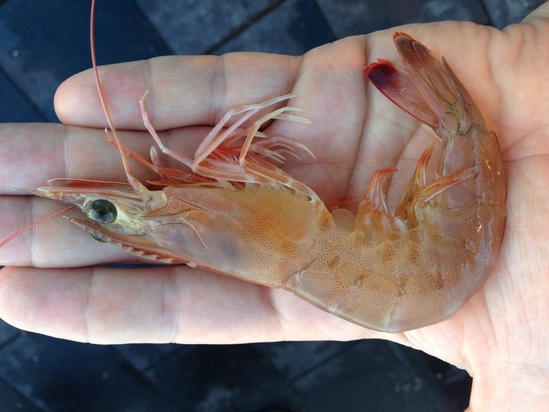 Pink and brown shrimp are important commercial species—in 2011 Gulf trawlers landed over $400 million worth of shrimp. One of the main purposes of this survey is to estimate the abundance and growth rates of these shrimp species. Those estimates will be used, along with other data, to set sustainable catch limits for the coming season. 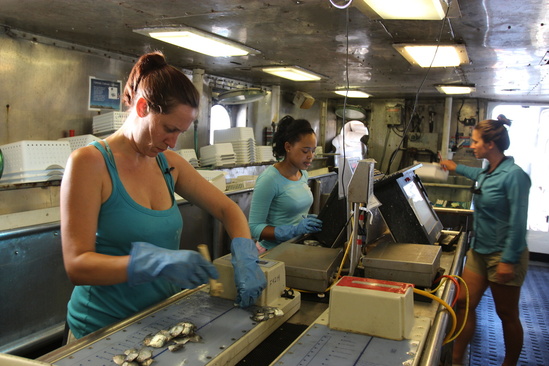 Kristin Hannan, a NOAA fisheries biologist, measures and weighs a sample of the fish that were brought on board. Scientists do this for all species, not just the commercially important ones. This allows them to monitor changes to the Gulf ecosystem over time, which is another important goal of the survey. 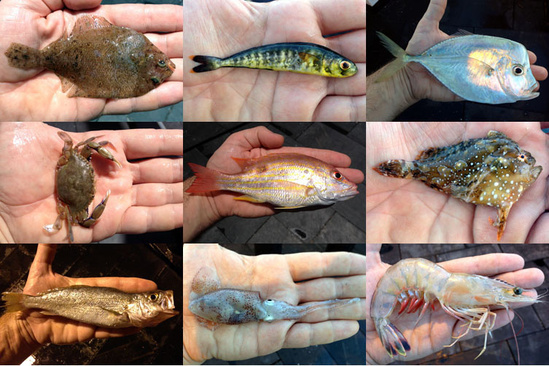 Just a few of the many species of fish, molluscs, and crustaceans that turn up during the Gulf of Mexico groundfish survey. Shifts in the relative abundance of these species can be indicators of important changes in the Gulf ecosystem. 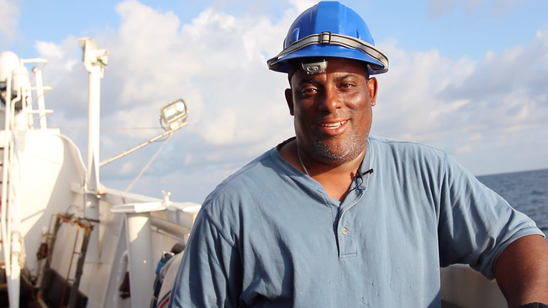 Fisheries biologist Alonzo Hamilton has worked on various aspects of the Gulf of Mexico groundfish survey since his grad student days. The survey has run twice a year, every year, since the early eighties. This continuity is important because scientists can only understand changes in the ocean ecosystem by holding up today's findings against the light of a long-term dataset. When measuring the impact of storms, oil spills, and other events, this type of baseline data is essential. 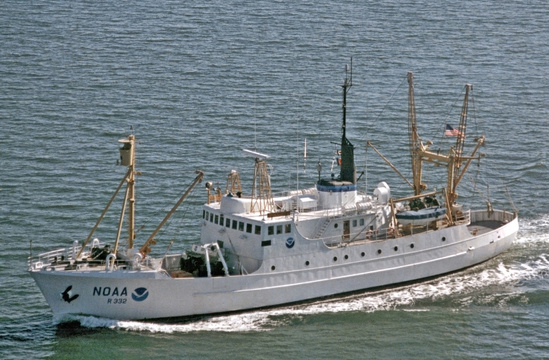 Built in 1967, Oregon II is the oldest research vessel in the NOAA fleet. For the groundfish survey, the ship runs from the Texas-Mexico border all the way around to the Florida Keys, staying out for two weeks at a time. The entire survey takes about 6 weeks. 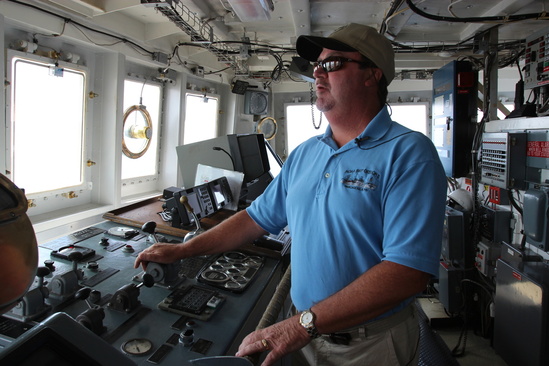 Dave Nelson, commanding officer of Oregon II, pilots the ship across a busy shipping channel. The Gulf of Mexico is a highly industrialized environment, with a large number of oil rigs and the support vessels that supply them. 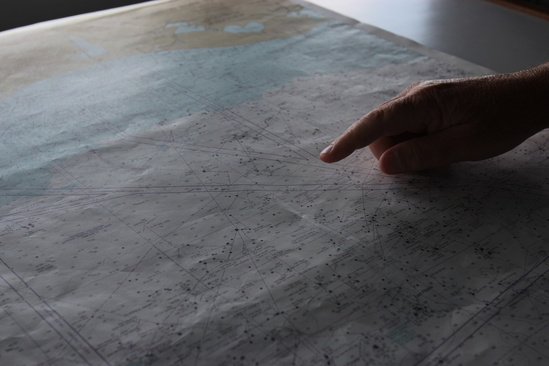 To collect data, the ship stops at roughly 300 randomly selected points between the shore and the shelf break from Texas to Florida. At each station the fishermen trawl for exactly 30 minutes at 2.5 knots to see what species are below. Scientists also measure environmental variables at each sampling station such as temperature, salinity, and oxygen level. The survey area is vast, and the task of sampling at 300 stations seems both Herculean and inadequate at the same time. In fact, a single survey in isolation would not provide much insight. But sampling consistently year after year gives scientists the statistical power they need to begin to understand what's happening at the bottom of the Gulf. 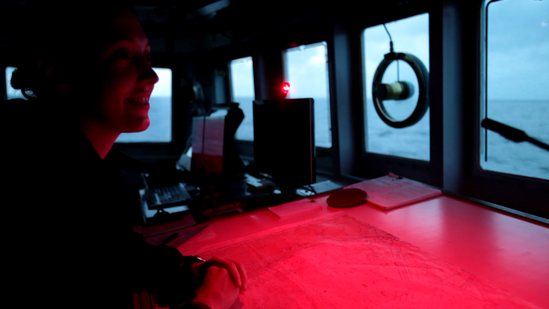 When night falls, the ship's bridge is illuminated only with dim red lights. This preserves the night vision of those on watch. Rachel Pryor is a first-year ensign with the NOAA Corps., the uniformed service that operates the agency's fleet of aircraft and ships. 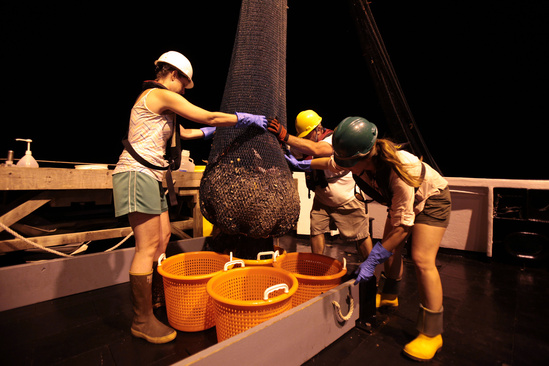 The groundfish survey runs 24 hours a day, with one shift working noon to midnight and the other midnight to noon. As in a continuous production factory, the work is non-stop. 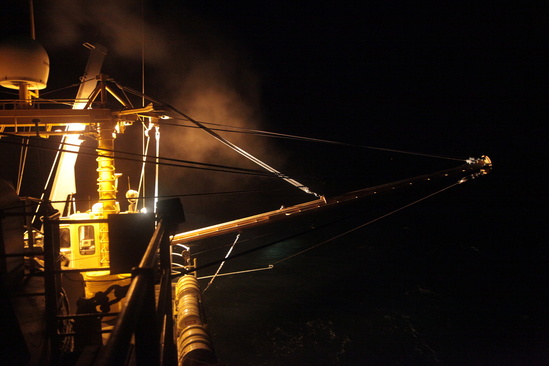 A moonless night somewhere in the Gulf of Mexico. 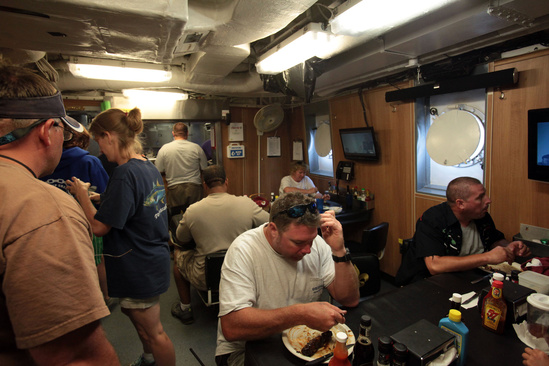 In the galley, scientists and crew grab a quick meal before heading back to their duty stations. 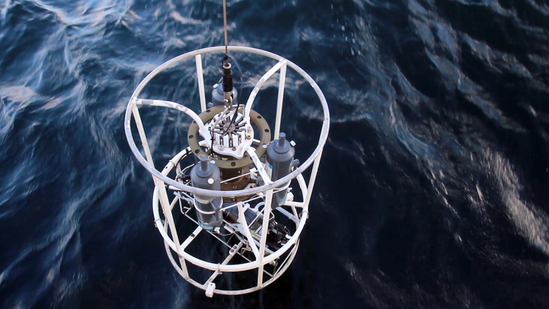 The CTD is an indispensable tool of the oceanographer. The name stands for conductivity (used to measure salinity), temperature, and depth. This CTD also contains sensors that measure dissolved oxygen. By collecting these variables at each sampling station, scientists can assess how environmental conditions impact populations of fish and other species. The oxygen sensors also allow scientists to map the Gulf of Mexico Dead Zone—the area of very low oxygen that appears each summer, forcing fish and shrimp to flee for fresher waters. 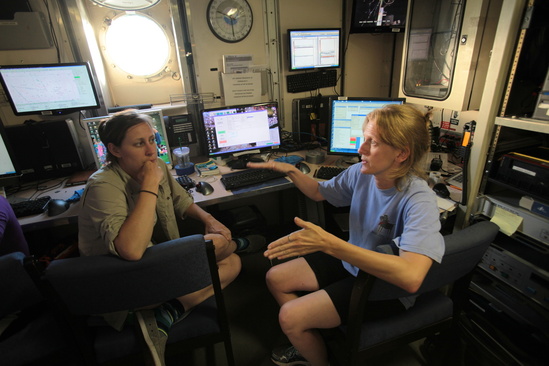 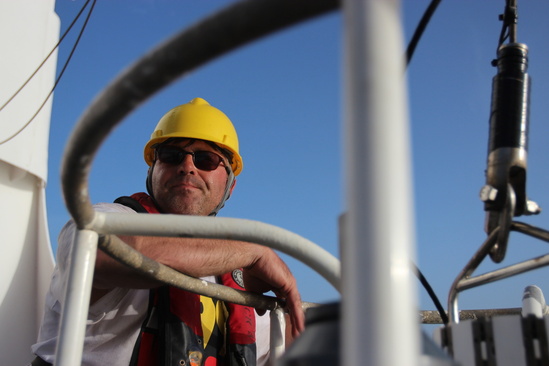 NOAA Fisherman James Rhue awaits a signal from the control room telling him to lower the CTD into the ocean.

After the survey is complete, the results will be combined with other sources of data, such as landings data from the fishing industry. The combined data will then be fed into statistical models that estimate the abundances of important fish and shrimp species and project their future growth. The final product is a stock assessment—a document that fishery managers use to set sustainable catch limits.

A fish survey is a monumental task that requires the combined expertise of mariners, scientists, and fishermen. Through their effort, these hard-working folks help to ensure that we have a sustainable supply of seafood, now and into the future.