New study sheds light on how fish use spinning water masses as habitat. 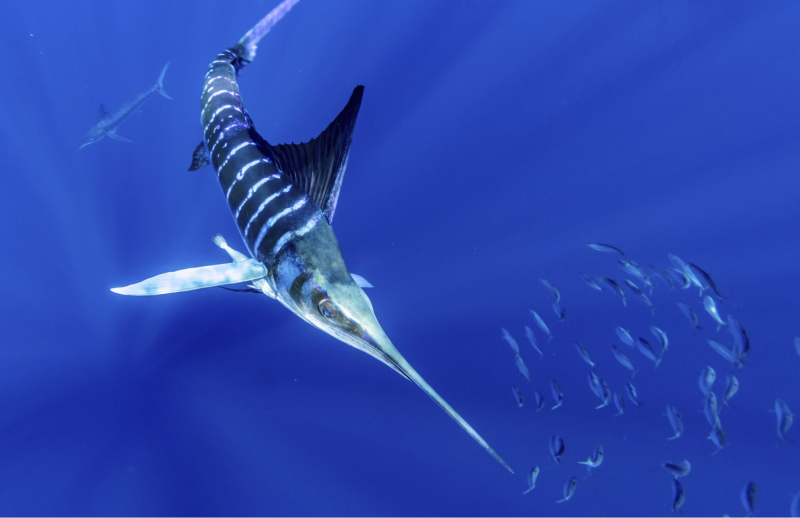 The striped marlin is a species of billfish that lives in the North Pacific. A new study co-led by NOAA scientists finds that marine predators, like the striped marlin, aggregate in anticyclonic, clockwise-rotating ocean eddies to feed. Credit: Pat Ford Photography.

Picture the open ocean in the North Pacific: nothing but blue water as far as you can see, both out to the horizon and below you. The underwater environment may seem as uniform as it looks from above. Yet a new study shows that there are actually hotspots of biological activity which are shaped by small-scale ocean circulations.

Eddies are slow-moving swirls of water, or circular ocean currents, that can be tens to hundreds of miles across. They can rotate clockwise or counter-clockwise. Pacific Islands Fisheries Science Center scientists Dr. Phoebe Woodworth-Jefcoats and Dr. Donald Kobayashi contributed to a new study showing that catch rates in Hawaiʻi’s longline fishery are higher in these clockwise eddies than elsewhere in the ocean. The study suggests that these eddies have a higher abundance of prey across the food web—from phytoplankton to fish.

To investigate this relationship, scientists from Woods Hole Oceanographic Institution and the University of Washington worked with Woodworth-Jefcoats and Kobayashi. They paired 23 years of Hawaiʻi-based longline catch records with satellite data showing the eddies’ locations. Of the 14 species examined, 11 had higher catch rates in clockwise eddies than in counter-clockwise eddies. These species included bigeye tuna, the fishery’s target species, and striped marlin. Striped marlin are both overfished and experiencing overfishing in the western and central Pacific Ocean. Billfish and other tunas were among the species more likely to be caught in anticyclonic eddies than outside them.

This information benefits fishers and scientists alike. Knowing where different species are likely to congregate helps fishers target their fishing effort, possibly saving them time and fuel. More efficient fishing operations could also improve fisher safety while reducing incidental bycatch, interactions, and fishing gear loss. Understanding how ocean conditions shape fish abundance helps scientists understand dynamic habitats. That’s a term we use to characterize the places where organisms live in the ocean with ever-changing conditions in both space and time. This paper also sheds new light on what influences predator abundance and ecosystem structure in the seemingly featureless open ocean.

Dr. Kobayashi summarizes this research, “The more we study the ocean, the more we find physical features large and small that can have profound impacts on marine life, including the species important to humans and key players in the ecosystem. Eddies are a medium-scale feature that can be easily overlooked because they are challenging to identify on the water or in the data fields, and so very ephemeral in time and space. But, as this study demonstrates, eddies are incredibly important to marine life!"

How NOAA Preserves the Habitat of Seafood in the Pacific Islands 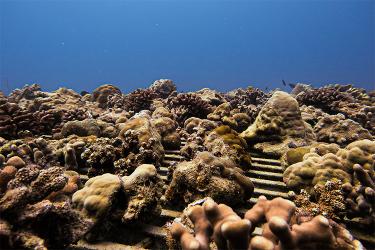