On April 21, organizations from around the world celebrate World Fish Migration Day with events around the common theme of "Connecting Rivers, Fish, and People." 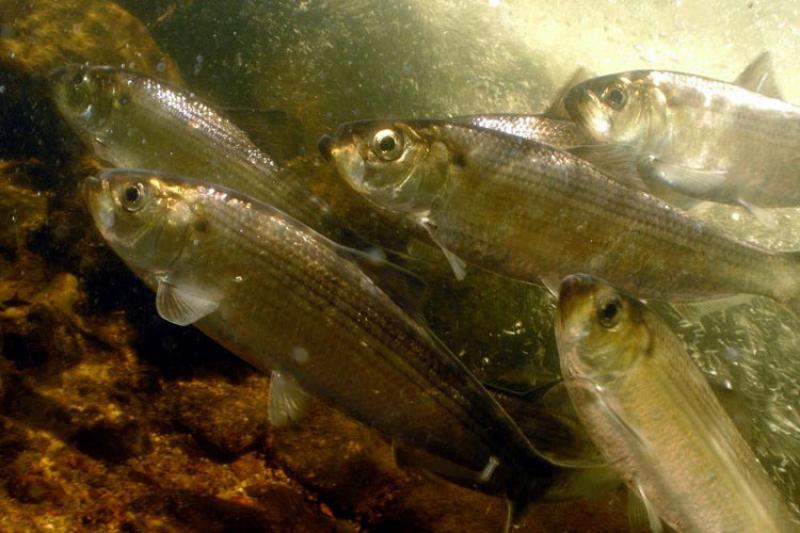 Most fish live in either salt (ocean) or freshwater (rivers and lakes). But did you know some species live in both? We call these species sea-run fish, and they are an important part of salt and freshwater ecosystems. World Fish Migration Day is a global celebration to create awareness on the importance of open rivers and migratory fish. This April 21, on World Fish Migration Day, organizations from around the world organize their own events around the common theme of Connecting Rivers, Fish, and People. By working together, we create a greater driving force to raise awareness, share ideas and secure commitments.

Spending a portion of their lives in freshwater and a portion of their lives in the ocean, sea-run fish support healthy, living freshwater and nearshore marine ecosystems. Herring species such as alewives, blueback herring, and American shad mature at sea and along New England’s coast before making a mad dash up rivers and streams to spawn. With numbers that once ranged well into millions, herring provide food for scores of larger predatory fish that sought them out as prey, such as cod, haddock, and striped bass.

Today, these fish need our help. Much of their historical access to spawning habitat has been impeded by dams or other obstructions. Removing dams and constructing effective fish passages are important for returning these fish to their former abundance.

Beginning on March 31, NOAA Fisheries Greater Atlantic Regional Fisheries Office and the Northeast Fisheries Science Center will host several World Fish Migration Day events throughout the region to recognize the importance of these fish in our ecosystem. Through our programs, we hope to increase knowledge and understanding of migratory fish from Maine to Virginia.

Last updated by Greater Atlantic Regional Fisheries Office on May 19, 2022