May is American Wetlands Month and we’re taking a closer look at NOAA-managed sites that are wetlands of international importance. 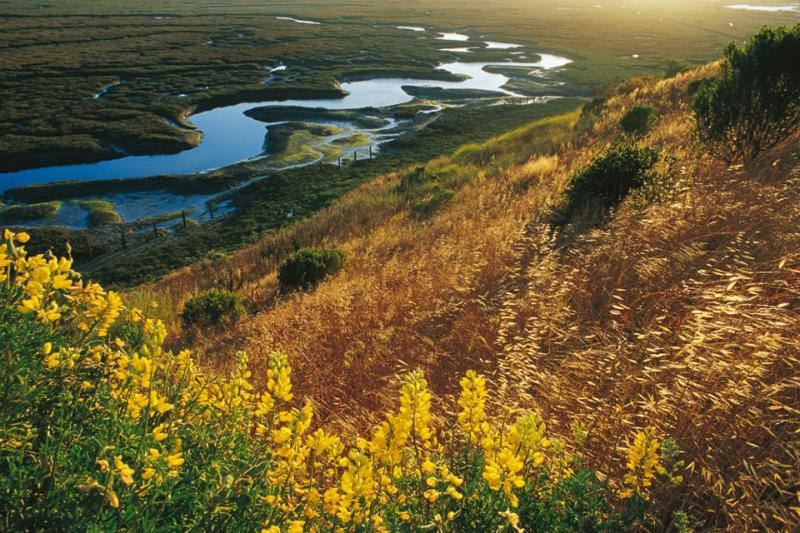 May is American Wetlands Month and this year also marks the 50th anniversary of the Ramsar Convention on Wetlands of International Importance. This intergovernmental treaty is focused on the conservation and wise use of important wetlands and their resources. More than 2,400 wetlands around the world have been designated as “Wetlands of International Importance,” also known as Ramsar sites. Of the 41 Ramsar sites in the United States, three are co-managed by NOAA.

The NOAA Fisheries Office of Habitat Conservation works to protect and restore our coastal wetlands and the benefits they provide. Below we take a closer look at the three NOAA-managed Ramsar sites, which provide important habitats for commercially important fish and thousands of species of wildlife in California.

The Tijuana River National Estuarine Research Reserve in Southern California was designated as a Ramsar site in 2005. It is unique in the United States because it shares estuaries and coastal lagoons with Mexico. This estuary boasts several sensitive habitats including sand dunes, beaches, vernal pools, tidal channels, mudflats, and coastal sage scrub. It provides critical habitat and nursery grounds for many nationally endangered species and commercially important fish, including the Diamond turbot and the California halibut. The site has a multi-phased restoration program designed to restore tidal exchange and wetland habitats, a management plan, and a summary of lessons learned.

Further north along the California coast is the Elkhorn Slough National Estuarine Research Reserve. Designated in 1979, this Ramsar site protects the second largest salt marsh in California. The site also harbors mudflats, freshwater wetlands, eelgrass beds and oyster communities, which provide valuable nursery habitat for fish. This estuary is part of Monterey Bay National Marine Sanctuary. It provides habitat for a diversity of wildlife species, including more than 100 species of fish, 500 species of invertebrates, and the region’s iconic southern sea otters.

Just north of San Francisco Bay is Tomales Bay, which is part of Greater Farallones National Marine Sanctuary. Designated in 2002, Tomales Bay is a marine-coastal wetland consisting of estuaries, eelgrass beds, sand dune systems, and tidal marshes. The site is home to eel, sturgeon, halibut, endangered Coho Salmon. It is also home to commercially important Pacific Herring that rely on its creeks and extensive eelgrass beds to spawn. Where the watershed has little to no industrial activity and a low population density, the bay remains relatively pristine. The Sanctuary has several programs and projects to protect and manage the Bay. Over the last 40 years, local partners have implemented a number of protection measures and conducted conservation and restoration projects in the area

Coastal wetlands filter our water, protect our coastal communities from floods, and provide habitat for fish and other wildlife—but they are quickly disappearing. Nearly 80,000 acres of coastal wetlands are lost in the United States each year to development, draining, erosion, and sinkage. That’s close to seven football fields every hour. The Office of Habitat Conservation works to protect and restore our coastal wetlands and the benefits they provide. With the help of our partners, we’ve restored nearly 50,000 acres of wetland habitat since 2008. Our work helps boost fish populations, recover threatened and endangered species, and support resilient coastal ecosystems and communities.

Together with our NOAA partners in the Office of Coastal Management and Office of National Marine Sanctuaries, we’re thrilled to celebrate these three wetlands of international importance, along with all the Ramsar sites worldwide. We look forward to what’s in store in the next 50 years!

Last updated by Office of Habitat Conservation on April 21, 2022