The Charter Effect: Economic Contributions of a Hawaiʻi Fishery

The contributions of charter fishing in Hawaiʻi go beyond just the fishing industry. Our researchers found that the effects extend all the way to the U.S. mainland. 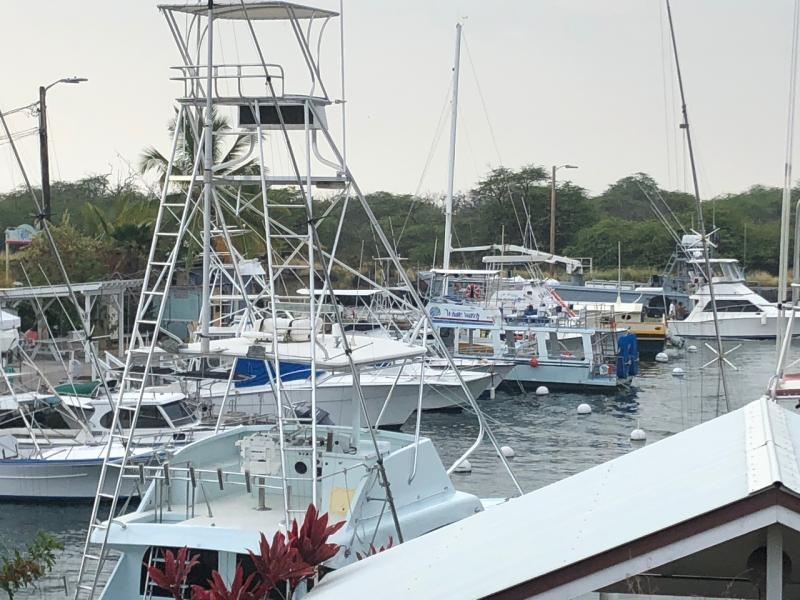 Our researchers expected that the recreational fishing industry in Hawaiʻi would have cascading local economic effects. However, when they detailed the flow of economic contribution from charter fishing in Hawaiʻi, they found that it extended to the U.S. west coast as well as the rest of the mainland. Hawaiʻi is heavily dependent on outside markets to supply most of its industry’s raw materials. They found the Hawaiʻi charter fishing industry supported the equivalent of 16 full-time jobs and generated $3.2 million in gross sales on the U.S. west coast. In comparison, this amount was higher than the gross sales generated on Kauaʻi ($2.6 million), demonstrating the importance of considering impacts outside the state. Contributions to the entire U.S. mainland amounted to 69 full-time jobs, and around $14.5 million in gross sales—comparable to the sales generated on Maui ($11.9 million). 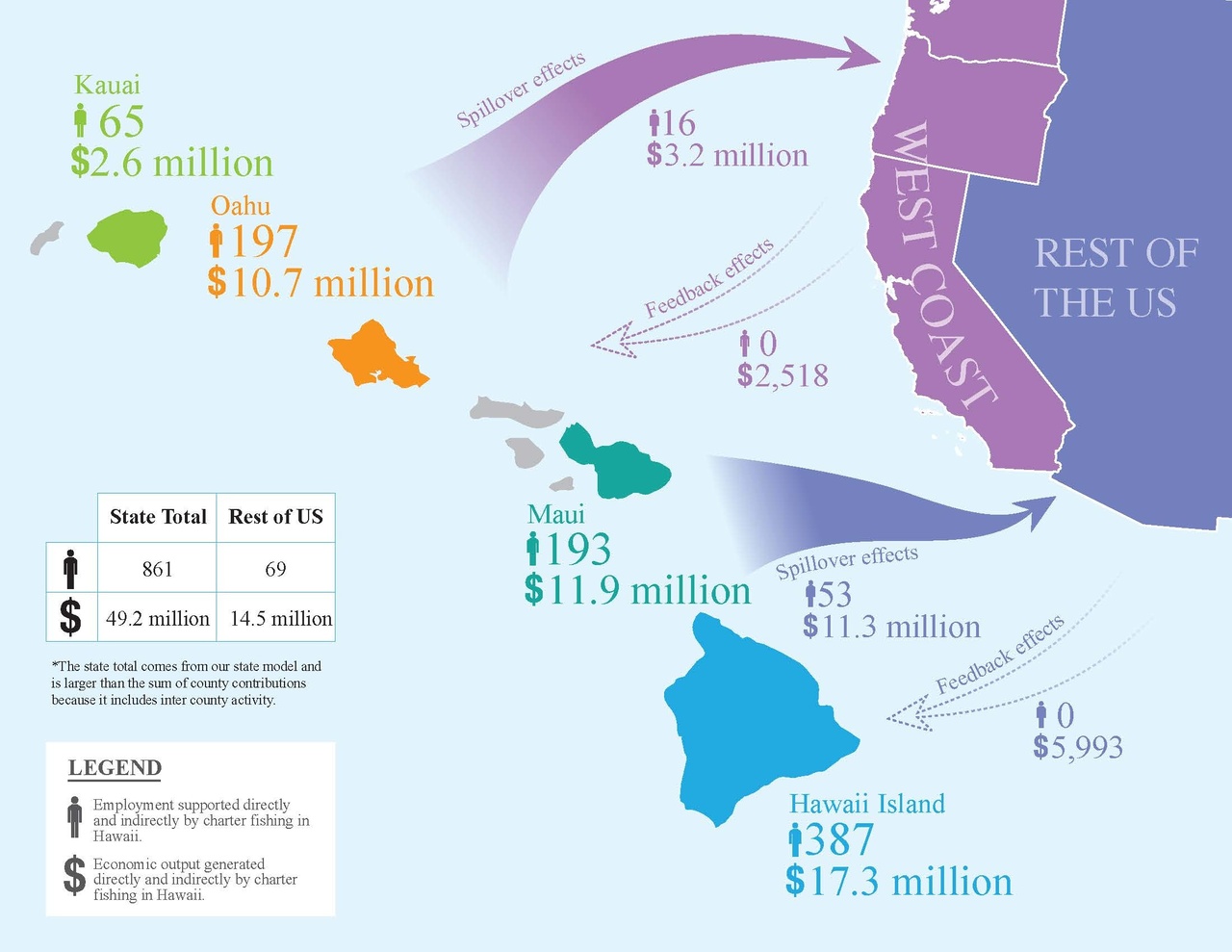 This figure shows the flow of economic contributions generated in 2011 from charter fishing in Hawaiʻi to the west coast and the rest of the U.S. mainland. 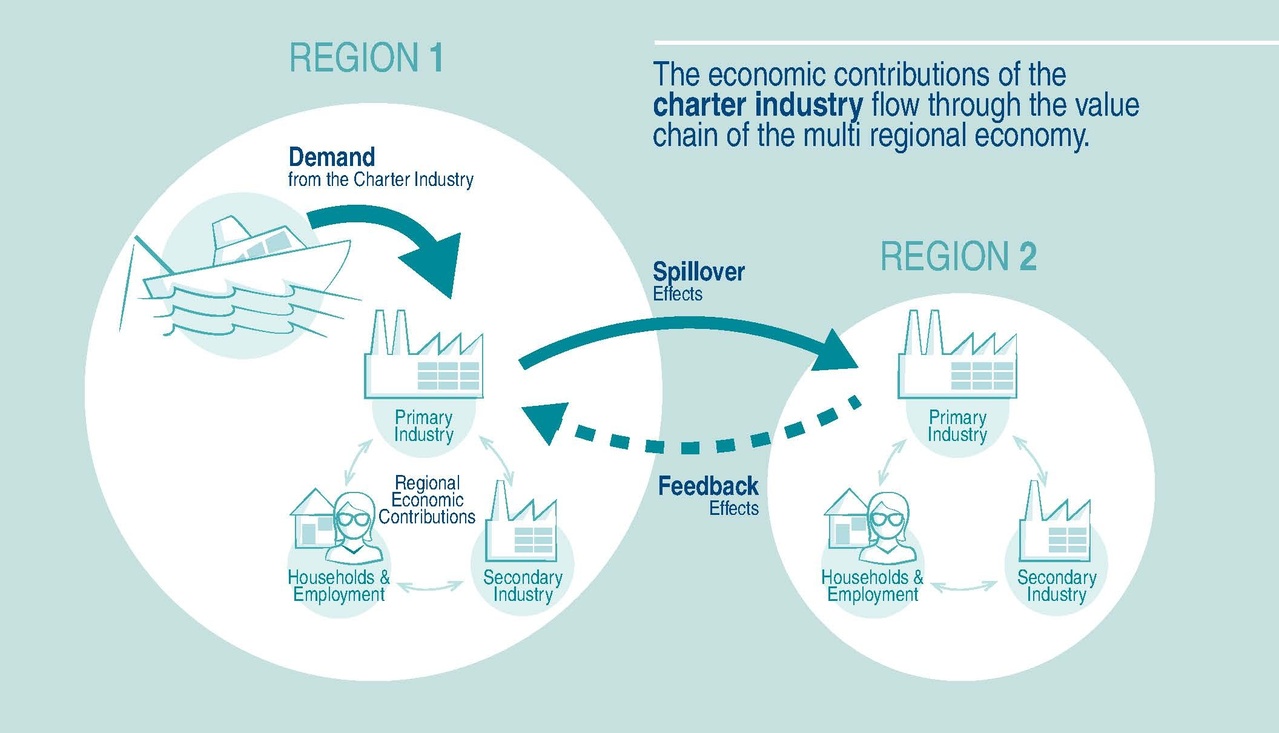 This figure shows the flow of economic activity between industries in separate regions as a result of an initial demand from the charter industry. The direct spending by the charter industry circulates through the economy to secondary industries (like petroleum refineries), generating gross sales, income, and supporting employment. Spillover effects occur in the mainland in response to demand in Hawaiʻi. Feedback effects occur in Hawaiʻi due to the purchase of goods and services by the mainland.

Why does this information matter? Understanding how an industry contributes to a region’s economy can help policymakers determine how a regulatory change or natural disaster might affect the economy. While fisheries may be considered a smaller part of the broader economy, economic contribution analyses such as this one provide vital information for considering the fishing industry’s economic contributions to local and regional economies.