The Coastal Squeeze: Changing Tactics for Dealing with Climate Change

In New England and the Mid-Atlantic, we are seeing surprisingly fast changes compared to other parts of the world. Incorporating new information is critical to protecting essential fish habitat. 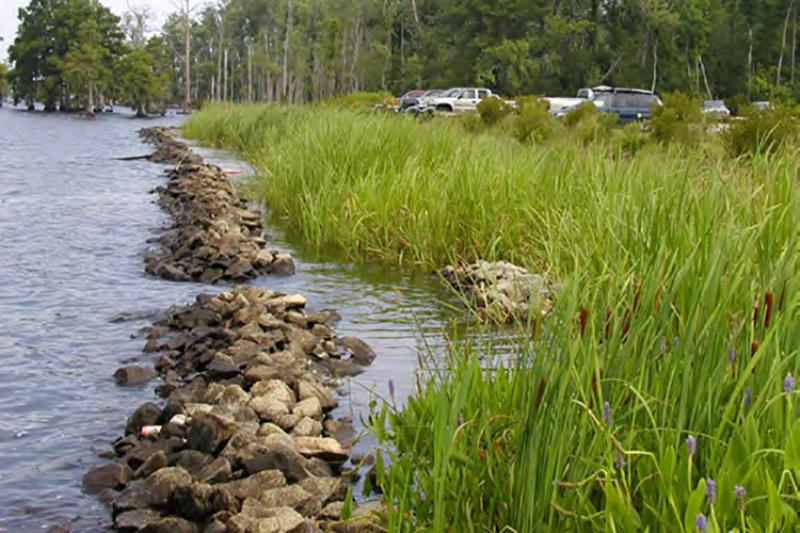 One of the things we do in the Habitat Conservation Division is consult with other agencies who are doing projects that might affect fish species and their habitats. If, for example, the Army Corps wants to give the state of New York a permit to dredge a river or build a bridge, they consult with us to determine how they can minimize the effects on the most important fish spawning, nursery, and feeding areas that are deemed “essential fish habitat.” Without essential fish habitat, of course, we lose fish.

Climate Change is Happening Fast in the Northeast

We’ve been seeing the signs of climate change for decades. Sea levels and sea-surface temperatures have risen throughout the world. But, here in New England and the Mid-Atlantic, we are seeing surprisingly fast changes compared to other parts of the world.

Predictions for the Future: 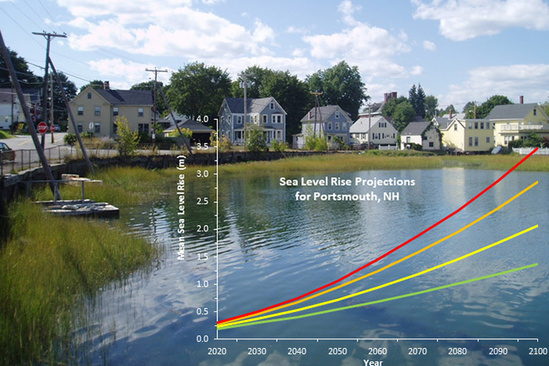 Marine Life on the Move

As waters warm, fish and invertebrates (like crabs and lobsters), are moving north and into deeper waters to find the cooler waters they prefer. The habitats that these species depend on for food, shelter, and spawning are changing, too.

According to data from the NOAA Fisheries bottom trawl survey on the Northeast Shelf, the average shift in distribution for all species from 1967-2016 has been almost 8 miles north per decade and almost 8 feet per decade in depth. That changes what fishermen are catching, and changes the ways they fish.

Coastal wetlands are incredibly valuable, though they don’t look it. They provide nursery areas for juvenile fish and provide foraging habitat and shelter from larger predators. At least 50 percent of all commercially important fish and shellfish in the United States depend on estuaries and nearshore coastal waters.

As sea levels rise, coastal salt marshes retreat landward, but when their retreat path is blocked by coastal areas hardened by shoreline structures, such as seawalls or rock revetments, we lose wetlands in what is known as “the coastal squeeze.”

The loss of coastal wetlands from rising sea levels and storms will reduce wetland-dependent fish and invertebrates, and reduce the natural protections to coastal communities. The estimated loss of coastal wetlands due to the combined effects of sea level rise and coastal development, like the construction of seawalls, could be more than 50 percent by the end of the century. One study found nearly 90 percent of brackish, high-marsh wetlands in the Chesapeake Bay would be lost under a 3 foot sea level rise scenario by 2100. 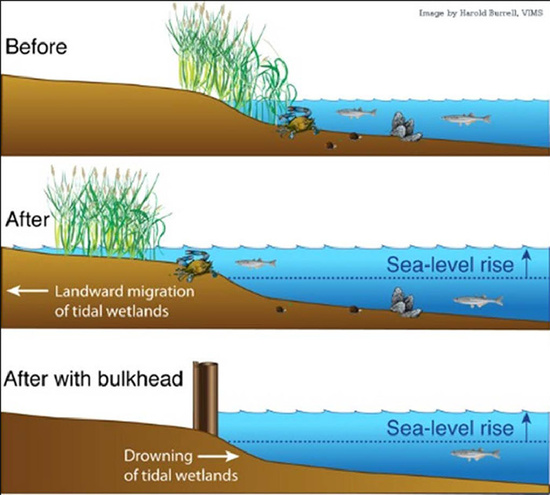 Softer Shorelines Save Money and Lives

Coastal wetlands buffer coastal communities from the effects of flooding, erosion, and storm surges. Fortunately, there are alternatives to traditional, hardened shoreline development that not only give coastal wetlands a chance to adapt to sea level rise, but also provide functioning habitat for marine and estuarine species. “Living shorelines” can protect and restore shoreline ecosystems through the use of natural materials like plants, oyster shells, sand, and rocks, and sometimes include materials like fiber rolls or anchored wood. These elements don’t interrupt the natural water/land continuum.

In some cases, engineered, hardened shoreline structures are not well suited for their intended purpose. For example, during Hurricane Katrina the levees in New Orleans actually restricted the ability of floodwaters to recede, exacerbating the impacts to communities after the storm ended.

There is also evidence that coastal wetlands can reduce wave heights, property damage, and human deaths. The majority of the flood losses from Hurricane Sandy were along the heavily urbanized coastlines of New York and New Jersey in areas with few remaining wetlands. One study found coastal wetlands saved more than $625 million in avoided flood damages from Hurricane Sandy across the northeastern United States. Shorelines that supported wetlands within the affected area experienced on an average a 10 percent reduction in property damage across the region, and as high as 29 percent reduction in damage in Maryland.

And, a little known benefit of coastal wetlands is that they absorb and sequester tremendous amounts of atmospheric carbon that help mitigate climate change within underlying sediments, living biomass above-ground (e.g., leaves and branches) and below-ground (roots), and non-living biomass (e.g., litter and dead wood). Although the global area of coastal wetlands is less than 2 percent of the ocean surface and far less than that of terrestrial forests, their contribution to long-term carbon sequestration per unit area is impressive. Some estimates indicate the burial rate of organic carbon in salt marsh, mangrove, and seagrass ecosystems collectively exceed that of terrestrial forests by 30–50 fold. Keeping coastal wetlands intact and healthy are a powerful tool for mitigating the impacts of climate change.

Dealing with the Effects of Climate Change

How climate change affects fish habitat depends on a variety of factors, chief among them how sensitive a species or habitat is to the changes, and its ability to adapt or cope with the changes.

While we have many years of experience assessing the potential impacts of coastal development on fishery habitats and providing recommendations on how to minimize or reduce impacts on these habitats, climate change adds a level of complexity. Climate change is affecting marine, coastal, and riverine systems. In addition to the direct effects of increased water temperature and ocean acidification, there are also indirect effects of sea level rise, ocean stratification, reduced sea-ice, changing ocean circulation, changes in precipitation and freshwater input, and increased de-oxygenation.

To prepare our staff for these challenges, we have developed guidance for how to consider climate information when consulting with federal agencies on how their projects may affect essential fish habitats. We have developed criteria for a five-step assessment to incorporate the analysis of the effects of specific elements of climate change (temperature, salinity, sea level rise, water quality, and ocean acidification) in our consultations.

Climate change has brought new challenges to protecting and conserving fishery habitats. With this guidance, we can help other federal agencies understand how climate-related impacts to fish habitat can be minimized and avoided. Considering climate change in our work can bring exciting opportunities for adaptation and mitigation that could not only benefit fisheries and fish habitat, but also make coastal communities more resilient.