Some key data are being collected to support fisheries management and marine mammal protection in Alaska. 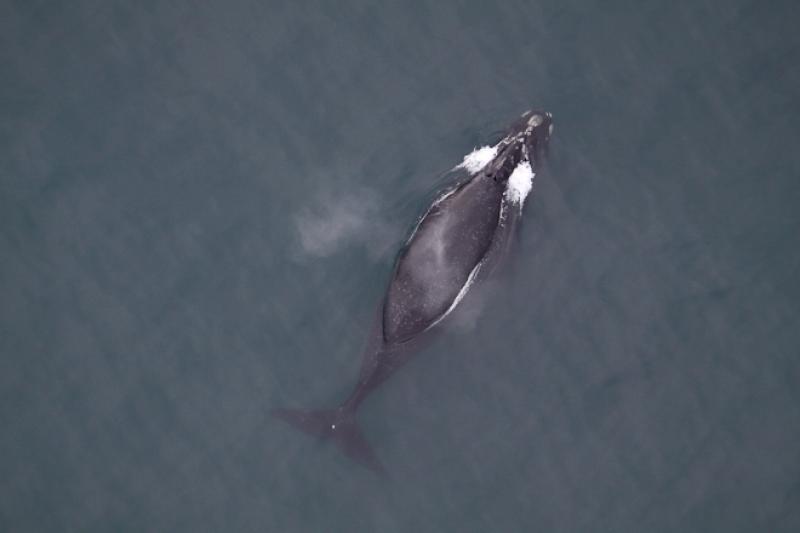 Acoustic data on pollock movements between Russia and the United States. Audio recordings of whales to learn more about their migration and abundance. Data on plankton, the base of the marine food chain. A small team of scientists have been collecting this and more during a special NOAA survey in the U.S. Arctic.

“This is an important multi-organizational effort to collect needed science this year,” said NOAA Fisheries’ Robert Foy, director, Alaska Fisheries Science Center. “With several key surveys cancelled this year, we have been working hard to mitigate data loss. This survey provides some key information for resource management decisions in Alaska.”

In August through September, Alaska Fisheries Science Center Marine Mammal Biologist Catherine Berchok was one of three agency researchers aboard the NOAA Ship Oscar Dyson. She has been collecting acoustic data on whale migrations and abundance in the Arctic for 12-years.

In partnership with the Pacific Marine Environmental Laboratory, Berchok collects information from 20 year-round acoustic recorder moorings in the Bering, Beaufort and Chukchi Seas with funding from the Bureau of Ocean Energy Management (BOEM), the U.S. Navy, and NOAA. Her work is critical to understanding the changes in year-round presence of Arctic marine mammals and human-made noise sources such as vessels and seismic airguns throughout the region. This includes the critically endangered North Pacific right whale.

Over the past year, scientists have been conducting a first of its kind study to track seasonal movements of walleye pollock across the U.S.-Russia boundary, and predict how climate variability will affect these migrations. They worked in partnership with Kongsberg/Simrad to develop innovative sea floor-mounted upward-looking echosounder technology for the project.

Four echosounders were placed in the eastern Bering Sea along the U.S.-Russian Convention line to track fish movements. Scientists believe they can quantify the direction and magnitude of pollock movement across the Convention line throughout the year. These cost-effective echosounders were equipped with sensors to collect physical oceanographic data, which will be linked to fish migratory behavior. Scientists had planned to retrieve data from the echosounders during their annual acoustic survey for pollock in June.

Due to the cancelled surveys, scientists developed a contingency plan to collect as much data as possible this year. Among other things, a saildrone study was funded to augment midwater acoustic data for the pollock assessment. Engaging scientists onboard the Oscar Dyson to collect acoustic and ecosystem mooring data for various projects was also a priority. Added to this was a plan to ask the Dyson team to also retrieve the four seafloor-mounted echosounders.

“We’re really grateful to the Oscar Dyson’s crew and survey team for recovering our echosounders under such challenging circumstances,” said Alex DeRobertis, fisheries biologist, Alaska Fisheries Science Center. “There is a lot of interest in this research from scientists, resource managers, the fishing industry and local Alaska communities.”

With a small survey team and compressed timeframe for survey operations, not all research typically carried out during the summer Arctic surveys was possible. For instance, researchers from the Alaska Fisheries Science Center are not able to collect their full complement of biological samples of zooplankton and larval fish. These data are normally collected during summer and fall surveys and are important for understanding ecosystem dynamics, predator-prey relationships, and commercial fish stock productivity.

“While we haven’t been able to do everything we typically do in a normal year, it's amazing what is being done. Thanks to Survey Chief Jackie Grebmeier and the dedicated team who worked long hours to collect data that will support several important research efforts this year and into the future,” added Foy.