Seasonal hypoxic conditions in the Gulf of Mexico force many shrimp to relocate. Scientists from NOAA and North Carolina State University are trying to make these shrimp easier to find. 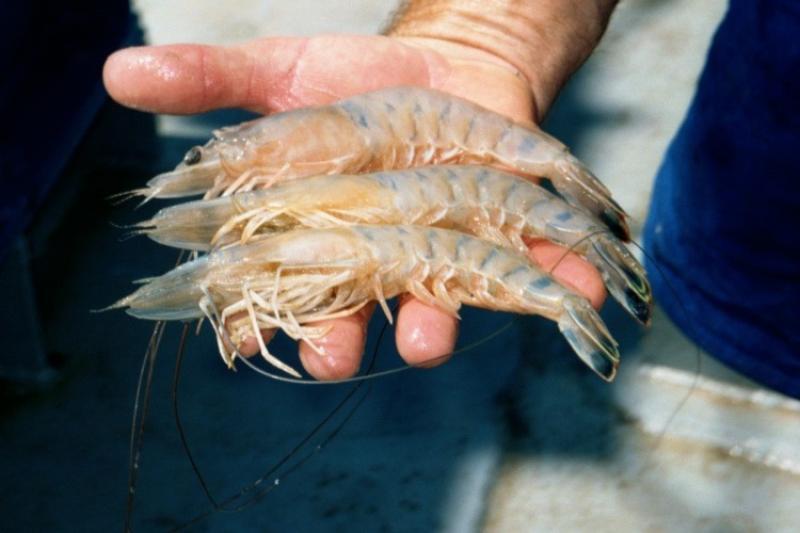 Penaeid shrimp (white shrimp pictured here) are one of the most valued species in the Gulf of Mexico. Credit: NOAA Fisheries

Shrimp are one of the most valuable fishery resources in the Gulf of Mexico. They support important fisheries off Mississippi, Louisiana, and Texas, but that doesn’t mean that it’s easy money. Shrimpers face many challenges, like rising fuel costs, increased importing of shrimp, and changing climate. While brown shrimp and white shrimp are the most abundant species in the northwestern Gulf, shrimpers spend considerable effort trying to locate concentrations of shrimp to harvest.

Scientists at NOAA’s Southeast Fisheries Science Center and North Carolina State University are trying to take some of the guesswork out of finding shrimp. This is particularly important during seasonal low or no-oxygen conditions, called hypoxia, in the Gulf.

Shrimp On the Move

The shrimp fishery peaks in the summertime—at approximately the same time when extensive hypoxia usually occurs in Louisiana coastal waters. This year, the area referred to as the dead zone is anticipated to be 5,364 square miles.

Low oxygen is a significant threat to marine life, particularly for animals like shrimp that live near the bottom. That's where hypoxia tends to be most pronounced. At the same time, research has found that shrimp are highly mobile. They are often able to escape the low oxygen areas by moving to other habitats.

The question is, where are they going? With support from a grant from NOAA’s National Centers for Coastal Ocean Science, the scientists developed species distribution models for each shrimp species. The models were based on historic shrimp catch rates, shrimping effort, dissolved oxygen levels, and other environmental data collected from fishery surveys and other sources in the region. They then used a hypoxia forecast, which provided the spatial distribution of dissolved oxygen, to predict where shrimp are likely to be in early summer.

Based on data available in May, researchers predicted that brown shrimp would be more abundant offshore (in waters deeper than 60 feet) on the eastern and central Louisiana shelf. They would be more abundant inshore on the western Louisiana shelf close to the Texas border. White shrimp were forecasted to have higher abundance close to shore, particularly just off of Atchafalaya Bay in Louisiana. The forecast also highlighted how this year’s spatial distribution of shrimp is likely to deviate from historical averages.

This is the first attempt to use a near-term hypoxia forecast to anticipate the spatial distribution of a managed fishery resource in the Gulf of Mexico or elsewhere. While the effort is considered experimental at this point, scientists will continue refining the modeling for both shrimp and hypoxia. They will also continue to partner with the fishing industry through the Gulf of Mexico Fishery Management Council’s Shrimp Advisory Panel to provide the most effective product. Even so, near-term forecasts (months ahead) of where shrimp are most likely to occur are potentially useful for enabling more efficient fishing under changing environmental conditions, related reductions in overall bycatch, and strengthening ecosystem-based fishery management in the Gulf of Mexico.