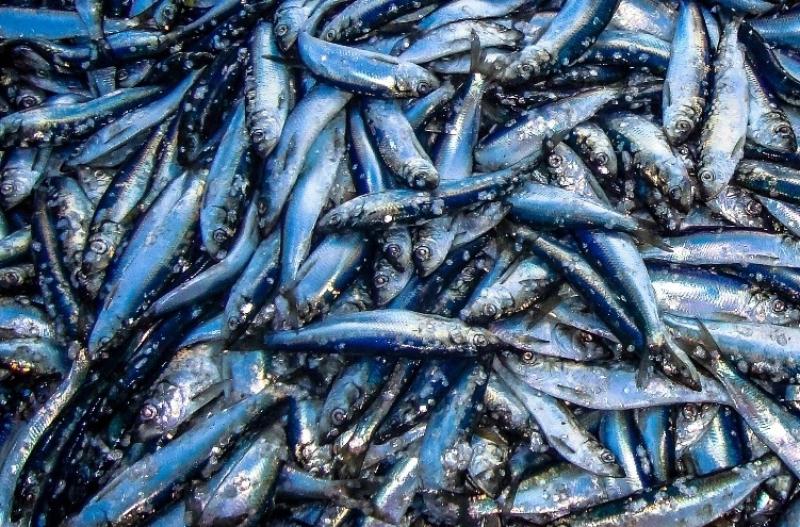 Scientists at the Northeast Fisheries Science Center are presenting their work at the 2018 International Council for the Exploration of the Sea (ICES) annual science conference held September 24-27 in Hamburg, Germany. As a global organization, ICES develops science and advice to support the sustainable use of the oceans worldwide. Conferences like ICES are one way scientists can build networks and seek out future collaborations with other scientists. Conferences keep scientists updated on new findings, technologies, and methodologies while helping them find fresh inspiration, gain new perspectives, and receive feedback about their research. We sat down with Nichole Rossi, Fisheries Biologist and Electronic Monitoring Lead from our Fisheries Sampling Branch, to talk about her Electronic Monitoring (EM) presentation, why we’re exploring EM as a commercial catch monitoring and reporting tool, and what some of the successes and challenges have been in monitoring catch retention in Atlantic herring and mackerel mid-water trawl fisheries in the waters of the Northeastern United States.

1. Why is NOAA Fisheries exploring EM?

Electronic Monitoring is a tool for monitoring catch and reporting compliance in fisheries around the world. It’s increasingly being used with several initiatives and programs in the United States, but there aren’t many fully implemented programs in the Northeast. As part of the Greater Atlantic Region’s Electronic Technology Implementation Plan, the New England Fishery Management Council and NOAA Fisheries are considering implementation of EM in the Atlantic herring mid-water trawl fishery to improve catch monitoring. In the Industry Funded Monitoring omnibus amendment, the Council recommends increased monitoring in the herring fishery to address the following goals:

The omnibus amendment will also evaluate how different coverage alternatives under the amendment meet specific monitoring goals identified by the Council while comparing the costs of these monitoring programs, particularly costs to the fishing industry.

Currently, the herring coverage alternatives include Northeast Fisheries Observer Program observers, industry funded at-sea monitors, EM, and portside sampling. Because mid-water trawl vessels discard a small percentage of their catch at sea, EM and portside sampling have been proposed as ways to increase monitoring while controlling program costs. We want to use EM to confirm catch retention for portside sampling and verify compliance with slippage restrictions.

2. You conducted a pilot study in collaboration with Saltwater Inc. to evaluate the utility of EM for documenting catch retention in high volume fisheries like Atlantic herring and mackerel. What were some of the major findings of the pilot study?

This pilot project helped identify the critical factors needed to support an operational EM program in the herring fishery. We still need to work on the level of review and catch handling protocols necessary for adequate monitoring. Regardless, our results from this project indicate that EM and portside sampling can be used to meet information needs for herring management.

We found EM successfully detected full release events (release of the entire contents of the net back into the water) with 94% accuracy. While we think this accuracy will translate over to smaller releases, we found it challenging to categorize smaller releases as either partial releases or operational discard events (i.e., fish that remain in the codend after pumping operations). Interestingly, in cases where audit and census reviewers categorized small release events differently, their notes often described similar events. This indicates that we need to create better definitions of these two event types to incorporate greater standardization. Incorporating “audits” or secondary reviews of differences among reviewers would help reduce small release event discrepancies as well.

Because EM installations varied among vessels, we were able to evaluate the effectiveness of each unique configuration and determine the ideal camera setup to capture discard activity. We found that three to four cameras capturing the four areas where discarding occurs would work best in an EM program. The EM setup performed well in the herring fishery, capturing high quality data throughout the project with very few performance issues.

Our preliminary results show that the audit method is comparable to the census review method and is a more cost effective model for implementation.

Many things impact the costs associated with full EM implementation. We identified data services, including data management, review, and storage, being the highest cost. Two key costs for an operational EM program are video review and data storage. In any EM program it is important to make sure all the data collected by the system can be compared to, and potentially integrated with, existing observer and portside sampling data streams.

3. What is a full release slippage event and how can EM be effective in detecting and categorizing these events?

In this study, our audit and census reviewers agreed that 41 slippage events occurred. This consisting of 15 full releases and 26 partial releases. In addition, another estimated 88 operational discard events occurred. Again, we found high level of agreement (94%) among EM reviewers successfully detecting full release events. Data comparisons between EM reviewers and Northeast Fisheries Observer Program observers showed general agreement in identifying and categorizing slippage events. A close comparison of these events highlights the pros and cons of each monitoring approach. We found that EM was better at detecting partial release events because of the vantage point of the cameras. Cameras can be placed strategically to target viewpoints that wouldn’t be safe or possible for observers. However, observers were better at categorizing discard events because they were able to use situational awareness and communicate directly with the captain about intent, the discard event, and fishing activity. Electronic monitoring reviewers did not have that option since footage is reviewed after the trip in an office. While each monitoring approach has its pros and cons, both provide the necessary information to support management needs. The herring fishing fleet will need to decide which monitoring approach best suits their business.

4. You found EM effective in detecting and categorizing catch discarded after being brought onboard, but reviewers had difficulty consistently differentiating between operational discards and partial release slippage events. Why did they have difficulties and what can be done to help reviewers differentiate them in the future?

For smaller discard events (i.e., partial release, operational discards, discarded after being brought onboard), reviewers were generally able to identify that a release event occurred. However, reviewers often didn’t use the same classification to describe discard events. For the EM reviewer, determining the vessel’s motivation behind discard events was largely subjective and difficult to standardize, and it was difficult to track the origin of discarded fish. For example, fish left in the codend after pumping operations may have been categorized as “operational discards” but then pushed out of the net during net retrieval. If this type of discard wasn’t tracked, it may have been categorized as a “partial release” event.

For partial release events, reviewers were in agreement approximately 55% of the cases. In cases of disagreement, one reviewer typically classified a discard event as a partial release event while the other reviewer classified the event as operational discard event. After looking at our reviewers’ comments, we found that reviewers were often viewing similar releases of catch but simply categorizing them differently.

We also found differences in the number of operational discards detected by audit and census reviewers. We think these differences occurred because less emphasis was placed on aligning protocols for identifying operational discards between reviewers than it was for identifying partial and full release events. If the reviewer thought the vessel had used all possible means to pump the remaining fish, they classified it as an operational discard. Naturally this situation can lead to tough decisions for reviewers and an increased chance for disagreement. That said, when we found differences in categorization, reviewer notes often described events similarly. We think by defining these two events better we will increase standardization among reviewers and help eliminate discrepancies.

5. Anything else you want to share about this project and your findings?

Our focus for this particular study was to identify and categorize discard events in the mid-water trawl herring fishery. As a result of this study and at the urging of the industry, there is interest in understanding ways to avoid catching species that are not marketable or desirable, and gather more information on discard events. To do this our Science Center in conjunction with our Regional Office secured funding through an internal competitive grant to further investigate bycatch in the mid-water trawl herring fleet. With this funding, we’re adding echosounders to help discern catch composition prior to net deployment and will compare this with EM findings that identify and categorize catch after fishing. This expanded project will include up to 3 mid-water trawl herring vessels and is scheduled to begin in the spring of 2019. Data from our EM project and the expanded echosounder work will help inform bycatch regulations and the management of the herring fishery in the future.