Finding the Next Sebasticook

Restoring a smaller tributary to the Kennebec River yields historic river herring runs, bringing back fish, eagles, and revenue to the region. 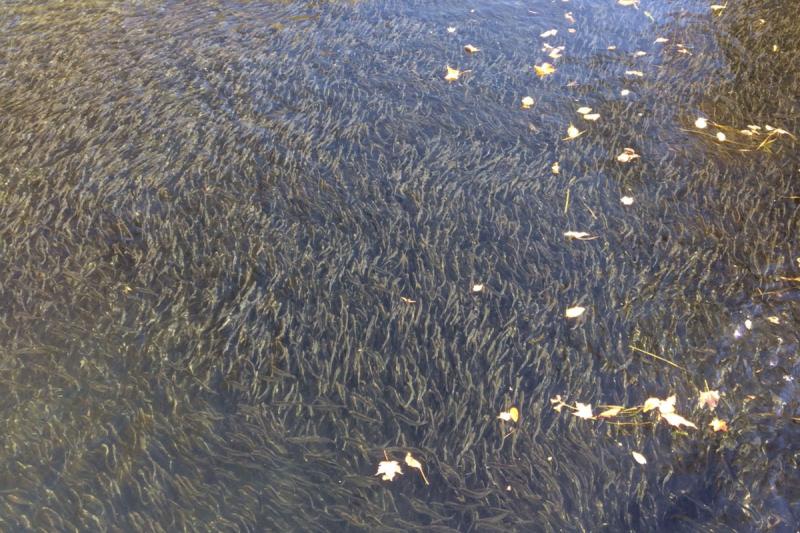 During one day in 2014, observers counted 64 bald eagles hunting for fish in a 5-mile stretch of the Sebasticook River. This is the largest group of bald eagles ever documented in New England, and is a great illustration of the positive effects on the whole ecosystem when we restore river habitat.

The restoration began in 1999, with the removal of the Edwards Dam on the Kennebec River in Augusta, Maine. For the first time since 1837, sea-run fish—fish that spawn in the rivers but spend much of their lives in the ocean--could reach the mouth of the Sebasticook River.

Over the next decade, the Fort Halifax dam, the first on the Sebasticook River came down, and several dam owners throughout the watershed installed fishways. The Benton Falls and Burnham hydropower facilities installed fish elevators, and fish ladders were added at the pond outlets of Sebasticook Lake, Webber Pond, Pleasant Pond, and Pattee Pond. Sea-run fish—such as alewives, blueback herring, American eels, and shad—responded immediately and impressively. 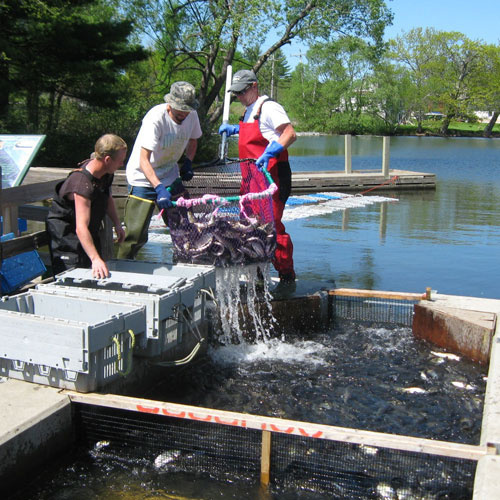 The Secret to Success: Teamwork

The Sebasticook River in Central Maine is one of the most successful watershed restoration projects on the East Coast. Through a team effort among state agencies, private dam owners, environmental groups, and federal agencies, sea-run fish now have access to habitat throughout much of the watershed.

The vast majority of historic habitat for sea-run fish is still blocked by dams and other barriers, many of them obsolete and in ill-repair. While we continue to focus our effort on restoring major East Coast Rivers— the Penobscot, the Merrimack, the Connecticut, and the Kennebec—we are also looking at huge restoration potential of smaller rivers that feed these major waterbodies. Taking a complete watershed approach is the best way to fully restore sea-run fish to their historic habitats.

Working with our partners, we are exploring restoration plans for the Little Androscoggin, the Winnipesaukee, the Cobboseecontee, the Ashuelot, the Concord, and the Piscataquis River. Like the Sebasticook, all of these rivers are small in size, but huge in potential for sea-run fish. By removing or bypassing barriers, we hope to bring back millions of sea-run fish that benefit the river ecosystem, the economy, and the fisheries of the Atlantic Ocean. 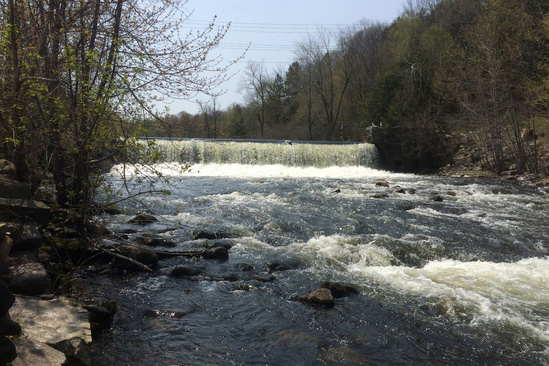 An example of one of the many barriers left to be dealt with, the Gardiner Paperboard Dam on Cobboseecontee Stream blocking access to upstream habitat for over 3 million sea-run fish.