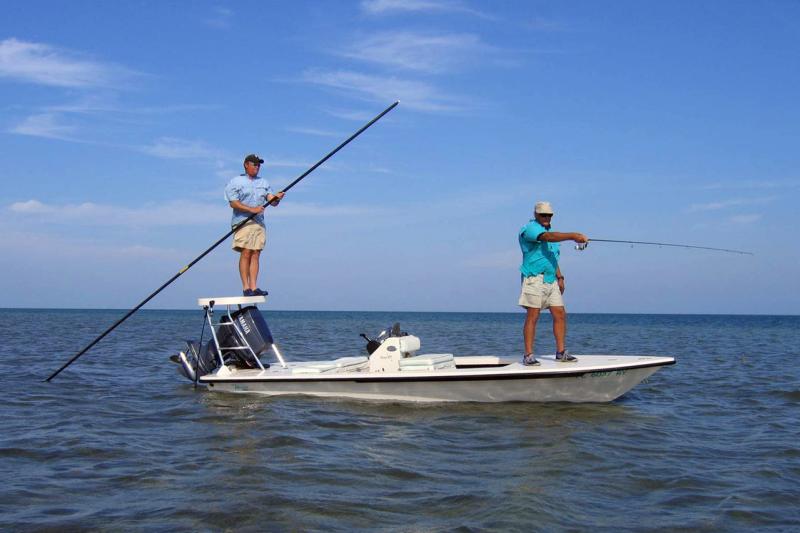 NOAA Fisheries recently completed a three-year transition from MRIP’s Coastal Household Telephone Survey (CHTS) to the Fishing Effort Survey (FES). Both surveys measure shore and private boat recreational fishing trips, or effort, on the Atlantic and Gulf coasts, and we have determined that the FES produces more accurate estimates. In January of this year, the agency ended the CHTS and moved completely to the FES.

MRIP’s various survey designs are developed using rigorous methodologies, tested extensively, and peer reviewed. The FES is no exception. It is a mail survey delivered to households drawn from the U.S. Postal Service database and supplemented by state-based saltwater recreational angler license and registration information. The FES was developed to address critical and growing problems with the telephone survey, including declining response rates and an increasing proportion of households that do not use landline telephones. Survey development efforts included the agency’s state, regional fishery management council, and interstate commission partners, along with independent consultants, and is the product of eight years of testing and six pilot studies. Implementation of the FES was supported by two independent expert peer reviews. In its 2017 comprehensive review of MRIP, the National Academies of Sciences, Engineering, and Medicine recognized the FES as a major improvement over the CHTS.

FES estimates are several times higher than those from the CHTS and vary by state, type of fishing, and species. Because catch estimates depend on estimated number of fishing trips, implementation of the FES results in higher estimates in the shore and private boat modes of fishing. Comparing unadjusted FES-based catch estimates to those produced using the CHTS would be inappropriate for evaluating catch to compare with catch limits because the methods are so different. As a result, the agency and independent consultants developed a calibration model, which is needed to account for the change in survey methods in comparisons of MRIP catch and effort estimates. Calibration enables adjustment of the MRIP catch history to higher levels consistent with FES methods, had they been in use historically. Ultimately this will also result in a re-setting of biological and management reference points to also reflect survey design changes to estimates.

The calibration model, developed to ensure a scientifically sound transition from the CHTS to the FES, was independently peer reviewed and calibrated estimates will be available July 2, 2018. The calibration results in estimates of fishing effort that are higher throughout the time series back to 1981, and does not indicate a sudden increase in fishing activity. While we cannot be certain exactly how the calibrated estimates will ultimately affect the status of various stocks until stock assessments are updated, the calibration will avoid disruption of the management process as a result of large-scale differences in catch estimates associated with the implementation of needed improvements to MRIP survey methods.

Improved accuracy of our estimates will provide better information for understanding the health of marine ecosystems and making management decisions that ensure the future of our fisheries resources and the lives and livelihoods they support.

Learn more about about all our program improvements.

Last updated by Office of Science and Technology on April 15, 2019