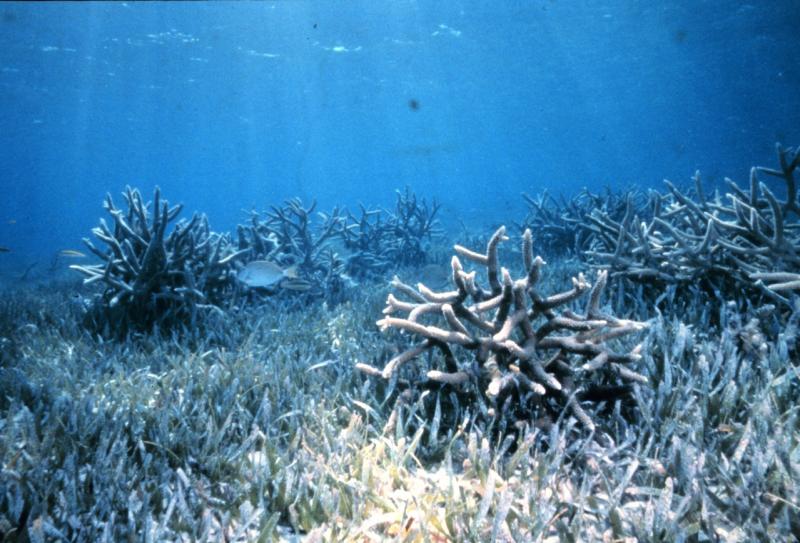 The Florida Reef Tract is the largest coral barrier reef in the continental United States, and the third largest barrier reef ecosystem in the world.  Healthy, diverse, reef habitat is utilized by more than 500 species of fishes, invertebrates, and plants, plus nearshore hardbottom may serve as larval settlement habitat or intermediate nursery habitat for migrating juvenile fish1.  Nearshore hardbottom and coral reefs are recognized as Essential Fish Habitat (EFH), and often also designated as Habitat Areas of Particular Concern.  NOAA estimates U.S. reef-dependent commercial fisheries values at more than $100 million, in addition to billions of dollars from recreational fishing, watersports (diving and snorkeling), tourism, and all the jobs associated with those economies1.

In Florida alone in 2015, three of the top four dockside value commercially harvested species (spiny lobster, stone crab, and red grouper) are all reef-dependent fisheries valued statewide at >$70M and another $3.5M in live-specimen aquaria trade2. In 2000-01 coral reefs contributed annually over $4.3 billion in sales, $2 billion in income, and over 71,000 jobs, with the majority of sales attributed to the Southeast Florida Reefs sub-region3. Lost or degraded habitat has direct biological, economic, and social consequences and can threaten the sustainability of fisheries and protected resources as well as the ecosystems and communities that rely on these resources.

Among other important benefits to Americans, coral reefs reduce flooding and help stabilize nearby beaches by acting as wave breaks, reducing and dissipating wave energy offshore4.  This reduction in wave height persists even in the face of hurricane storm surge, limiting coastal erosion.

During EFH consultation, HCD works with the applicant or agency to avoid direct, or indirect, impacts to coral reef habitat during planning and construction activities.  Not all direct impacts to corals can be avoided, however; and coral transplantation is a mitigation option to not only save the coral head, but may also assist in genetic restoration.  In the case of elkhorn and staghorn corals (Acropora), asexual reproduction, including fragmentation, is the most common form of coral head proliferation.

This has made for successful transplantation efforts, but keeping all those genetically identical fragments in the same geographic location can depress coral genetic diversity5.  HCD works collaboratively with the State of Florida, other partners, and several universities to support coral nurseries and coral transplantation, and we recommend these corals be used for mitigation in suitable areas, as in the Port Everglades and Port of Miami projects.