Since 2013, NOAA and partners have restored more than 20 acres of habitat at eight project sites along New York’s Buffalo River. 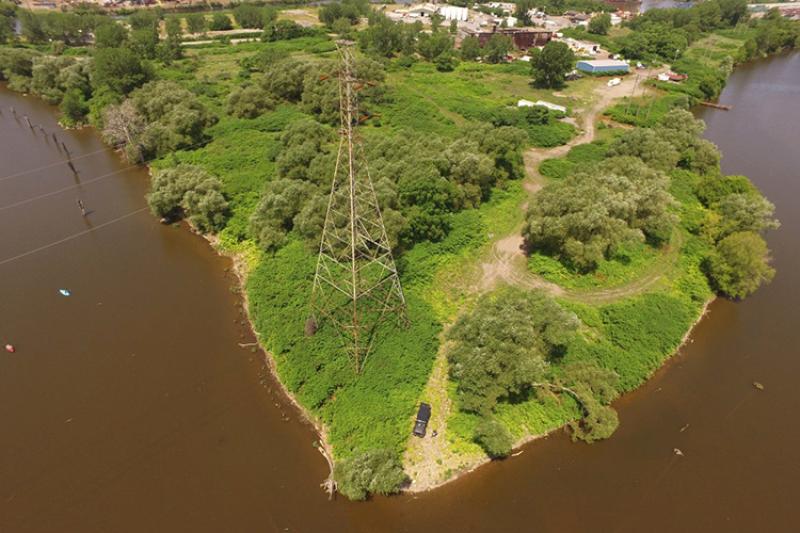 New York’s Buffalo River was once considered one of the most polluted rivers in the United States. It has spent more than 30 years on the list of the most environmentally degraded areas in the Great Lakes region, known as Areas of Concern. Since 2013, NOAA has supported habitat restoration in and around the Buffalo River Area of Concern. We have restored nearly two miles of shoreline and more than 20 acres of habitat across eight project sites—and helping bring the waterway back to life.

After winding through Buffalo in western New York, the Buffalo River empties into the far eastern edge of Lake Erie, just south of Niagara Falls. For years, as industry in the city thrived, the river was subjected to an influx of industrial waste, sewage, toxic chemicals, and other pollutants. In 1929, a biological survey by the New York State Department of Environmental Conservation concluded that the river “seemed to contain no form of fish life.”

Considered “biologically dead” as recently as the 1960s, the Buffalo River suffered from conditions that made it difficult for plants, fish, and other wildlife to survive. This included low levels of dissolved oxygen, high temperatures, and stagnant water flow. In 1987, the Buffalo River was listed as a Great Lakes Area of Concern, one of 43 “toxic hot spots” in the United States and Canada.

Since 2010, the NOAA Restoration Center has worked with our partners through the Great Lakes Restoration Initiative. We have completed restoration work needed to delist Great Lakes Areas of Concern in the United States. We’ve supported more than 70 projects to protect and restore habitat in the Great Lakes states, including in the Buffalo River Area of Concern. 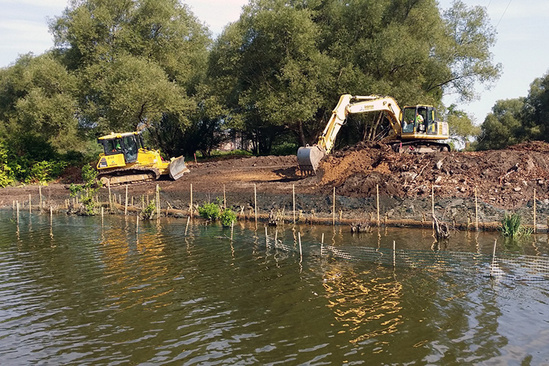 NOAA, the Great Lakes Commission, Buffalo Niagara Waterkeeper, and other partners have worked together on eight restoration projects in the Buffalo River Area of Concern since 2013, including:

Together, these eight projects are working to address the river’s habitat impairments. They have stabilized the shoreline, captured and treated stormwater runoff, removed invasive species, reduced erosion, and more. This restoration work is expected to help lead to the delisting of the Buffalo River as an Area of Concern. Improved fishing along the river, renewed opportunities for kayaking and boating, and benefits to the local economy are also returning this river to its community.

Last updated by Office of Habitat Conservation on October 27, 2020