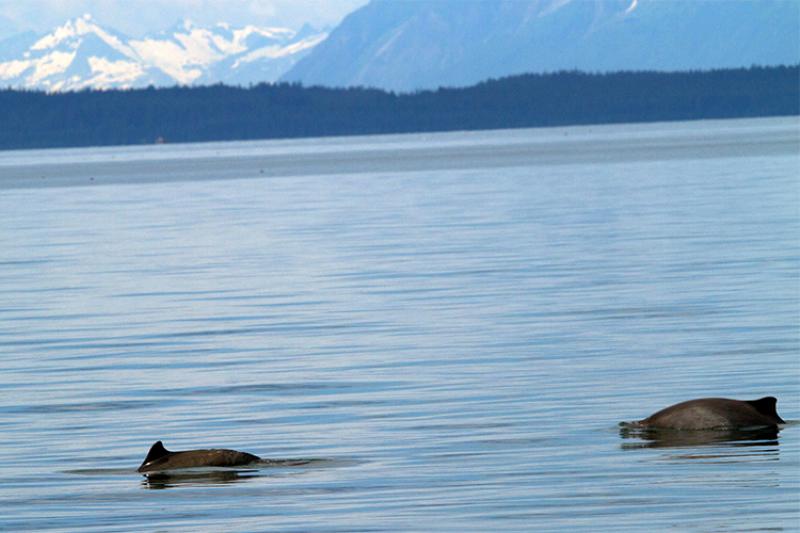 Currently, harbor porpoises in Southeast Alaska are managed as a single stock under the Marine Mammal Protection Act.

Based on what is known about harbor porpoise stock structure in other areas of North America, it is possible that additional populations of harbor porpoise exist in Southeast Alaska, particularly in Yakutat Bay, and along the outer coast and offshore waters. However, current data and analyses are insufficient to delineate units within this area at this time. Until additional information is available, scientists proposed grouping these remaining harbor porpoises into a single unit called the Yakutat/Southeast Alaska Offshore Waters unit.

“When we look at the collective body of research over time, we have been able to identify key areas where harbor porpoises have been consistently found and other areas where distribution has been variable or harbor porpoises have rarely or never been seen,” said Alexandre Zerbini, NOAA affiliate with the Cooperative Institute for Climate, Ocean, and Ecosystem Studies, University of Washington.

For instance, scientists observed high concentrations of harbor porpoise during their 2019 survey. That was consistent with observations between the early 1990s and early 2010s in waters near Cross Sound, Glacier Bay, Icy Strait and around Zarembo and Wrangell Islands during the spring, summer and fall.

“We also found that, over the years, few—if any—harbor porpoises were observed in lower Chatham Strait,” said Zerbini.

Scientists also suspect that, for at least one of these populations, fisheries bycatch may pose a conservation concern. This is because harbor porpoises, one of the smallest dolphin species, prefer coastal habitats. As a result, they are particularly vulnerable to bycatch in gillnets, pollution, and other types of human disturbance, such as underwater noise.

That includes the salmon drift gillnet fishery in parts of the Southeast Alaska inland waters, notably Lynn Canal, Taku/Snettisham and Stephens Passage, near Petersburg, Wrangell, Zarembo, Ketchikan, and in portions of Clarence Strait. There is no current estimate of bycatch for all regions where the fishery operates. However, the best available data collected by independent fisheries observers suggests that bycatch mortality in the Southern Southeast Alaska Inland Waters population may pose a conservation risk to the population.

Scientists will use data from this study, together with the new genetic analyses and other information, to further evaluate harbor porpoise stock structure and status. They will also use it to prepare the draft 2022 stock assessment report, which is expected to be available for public review and comment soon.

And, as a next step, the Alaska Fisheries Science Center is planning to coordinate with the Alaska Department of Fish and Game and the commercial fishing industry to scope out the design and implementation of an observer program for state-managed fisheries that overlap with harbor porpoise in inland waters of Southeast Alaska.