Wearable action cameras have changed the way we film. Now itâs easier than ever to capture and share videos on the fly. Scientists are getting in on the action, using devices small enough to fit in the palm of your hand to study animals as large as a ca 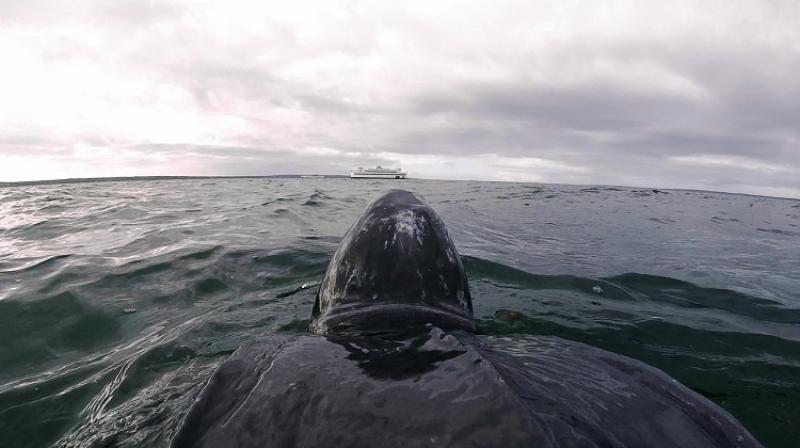 Wearable action cameras have changed the way we film. Now it’s easier than ever to capture and share videos on the fly. Scientists are getting in on the action, using devices small enough to fit in the palm of your hand to study animals as large as a car. Instead of attaching a camera to a skateboard or a helmet, imagine it on the back of a leatherback sea turtle, following the turtle’s every move throughout the Atlantic Ocean as it feeds on jellyfish and surfaces for air.

This is what scientists at the Woods Hole Oceanographic Institution (WHOI) are doing in partnership with the Massachusetts Division of Marine Fisheries, using a grant from the NOAA Fisheries Species Recovery Grant program to conduct essential research on endangered leatherback sea turtles. 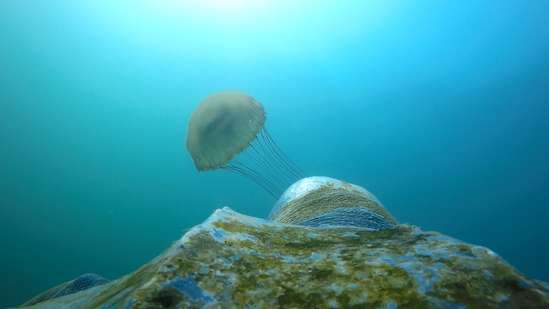 In an efficient combination of new technologies, leatherback turtles are tagged with a suction cup–mounted transponder tag, which has acoustic capabilities as well as a camera. Once the transponder tag is attached to the leatherback, an autonomous underwater vehicle (AUV) is placed in the water that communicates directly with the turtle’s tag and follows the turtle while collecting information on the underwater environment. The “TurtleCam” is the first time an AUV has been used to study leatherback sea turtles, and has been called an “advanced game of Marco Polo” by its creator, WHOI engineer Amy Kukulya.

“I’ve used all sorts of tagging and tracking technology with these animals, and the big difference here is that the AUV can continuously follow the turtle in three dimensions,” said Kara Dodge, a postdoctoral investigator at WHOI co-leading the study with Kukulya. “You’re getting a continuous underwater track, while simultaneously collecting video and environmental data.” 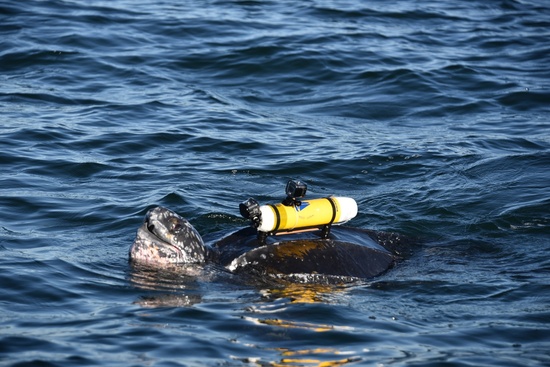 One of the most significant threats to leatherback sea turtles in Massachusetts is entanglement in gear used to capture lobster. Leatherbacks become entangled, primarily in the buoy lines that connect the float to the trap, and can die or suffer injuries as a result. Being able to capture a range of detailed data all at once is important to creating a full picture of the turtles’ behavior and understanding how they interact with this fishing gear. “A deeper understanding of leatherback behavior around this fishing gear will enable us to seek solutions to reduce or eliminate this threat, not only in Massachusetts but in other areas where trap lines entangle sea turtles,” said Barbara Schroeder, NOAA Fisheries National Sea Turtle Coordinator. Although the research is currently still at the exploratory and data analysis stage, researchers are certain that the information gathered using the grant will be critical for conservation actions later on.

“We are interested to see how leatherback turtle behavior changes between different habitats, for instance Nantucket Sound vs Cape Cod Bay,” said Erin Burke, a protected species specialist for the Massachusetts Division of Marine Fisheries. “Hopefully we can do some tagging in Cape Cod Bay this season. Data about the turtle’s water column use and proximity to gear is important because it helps inform management decisions and mitigation strategies.” 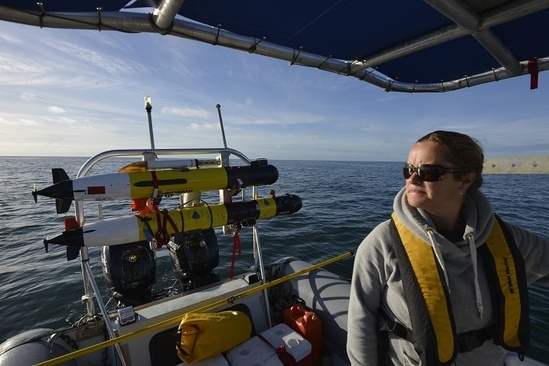 Researchers will be conducting at least 10 more trips with the AUV and animal-borne cameras this summer. The research team is excited for the opportunity, because according to Dodge, “Anytime you put a video camera on an animal, you’re bound to get surprises.”

Finally, the researchers remind us they can only conduct this work because they have a NOAA scientific research permit. The public should not attempt to interact with sea turtles or any other wild marine species in this way. For more information, please see our responsible viewing guidelines for the public.