A buoy equipped with devices that record the sounds of whales southwest of Marthaâs Vineyard is helping scientists and the U.S. Coast Guard monitor when four species of baleen whales are in the area. The buoy is moored in the center of a training area. 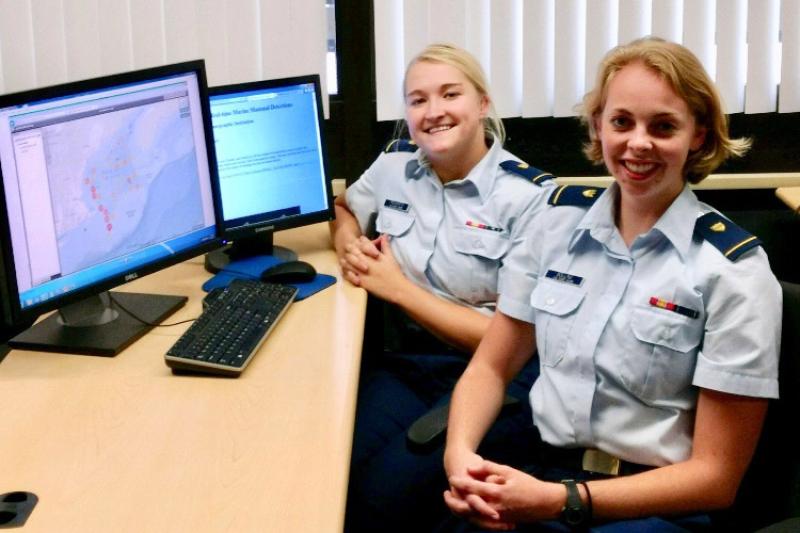 A buoy equipped with devices that record the sounds of whales southwest of Martha’s Vineyard is helping scientists and the U.S. Coast Guard monitor when four species of baleen whales are in the area. The buoy is moored in the center of a weapons training area with three gunnery ranges near Nomans Land, an uninhabited island about three miles off the southwest corner of Martha’s Vineyard.

The Coast Guard is working with NOAA Fisheries under the Marine Mammal Protection Act and Endangered Species Act to reduce operational impacts on marine mammals. The buoy off Nomans Land detects the presence of sei, fin, humpback and endangered North Atlantic right whales.

“The Northeast Fisheries Science Center (NEFSC) is working with the Coast Guard  to incorporate this digital technology into their operations and in broadcasting warnings to all vessels in the area when whales are being detected,” said Tim Cole, a biologist in the NEFSC’s Protected Species Branch at the Woods Hole Laboratory who also leads the Center’s aerial survey team. “Not only does it help protect whales from potential risks of injury from ships and the activities at the weapons training area, it could save the Coast Guard time and money by knowing when whales are present and adjusting their plans accordingly.”

Some of the Coast Guard’s training exercises could occur during seasonal management areas, drawn around places where right whales are known to pass through every year. They are headed for feeding grounds off Cape Cod and in the Bay of Fundy, or going south to winter calving grounds off northern Florida and Georgia.  Right whales could also appear unexpectedly. If enough do so, then short-term “dynamic” management areas are designated. Other whale species also frequent the area, and scientists want to learn more about their migration and distribution patterns.

A digital acoustic monitoring instrument (DMON) equipped with a low frequency detection and classification system (LFDCS), developed by researchers at the Woods Hole Oceanographic Institution (WHOI),  is attached to the buoy. The buoy is moored near the weapons training area. It has been in place from March 2015 until February 2016, and from September 2016 until October 19 of this year, when it was pulled out for refurbishment.

The system automatically reports tallies from calls of the four whale species 24 hours a day seven days a week when in the water, providing an accurate record of the whales present throughout the year. The raw data is sampled into smaller memory files called ‘pitch tracks’ that are relayed every two hours via satellite to computers at WHOI, where the files are uploaded onto a website and the results validated by Julianne Gurnee of the NEFSC’s Passive Acoustics group.

The equipment can detect a whale within about 10 miles of the mooring. The data collected to date shows that the four whale species are present at times of the year when researchers expected, as well as at times when the whales had not yet been documented in the area, information useful to those studying whale migration and distribution.

“The goal is to have this near-real time information about whale presence at the buoy integrated in the Coast Guard’s operational planning software and available to all watch standers and others in operational roles,” Cole said. “We have been working with U.S. Coast Guard Academy cadets to integrate the system into Coast Guard operations. The cadets have made amazing contributions to this effort.”