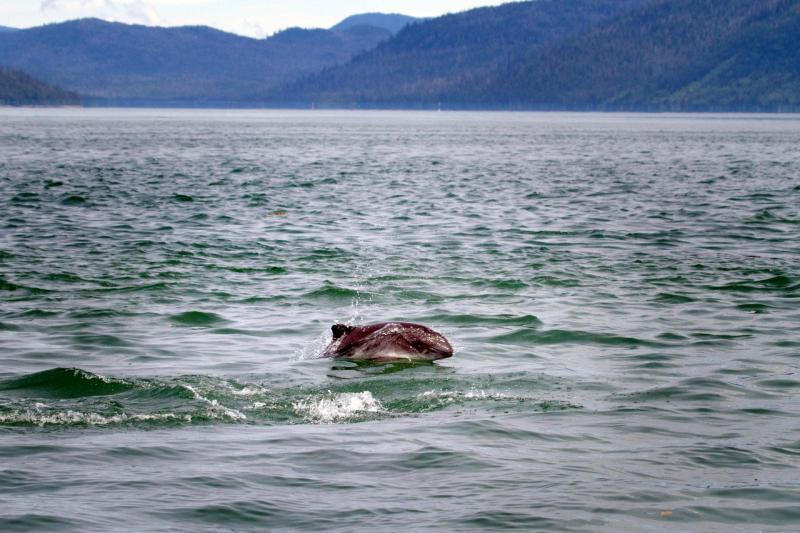 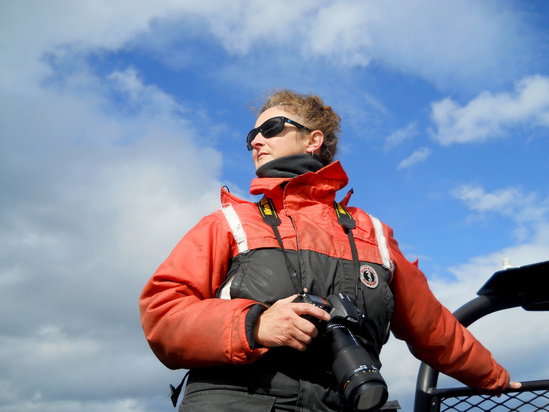 Harbor porpoises are one of the smallest marine mammals in the world. They are also difficult to study because they are highly mobile and don't spend a lot of time at the surface of the water. Scientists hope genetic approaches can help them determine the number of harbor porpoise populations in Southeast Alaska. They are using environmental DNA (eDNA) to learn more about this elusive porpoise.

What is eDNA? It's genetic material collected from environmental samples such as soil, seawater or even air rather than directly from an individual animal. For years, NOAA Fisheries scientists have had to rely on tissue samples from dead animals that have either stranded in coastal areas or been taken as bycatch in fishing nets. This is because it's challenging to collect a sample from live animals during a research survey. But with the use of new technologies and eDNA, genetic material now can be isolated from seawater. 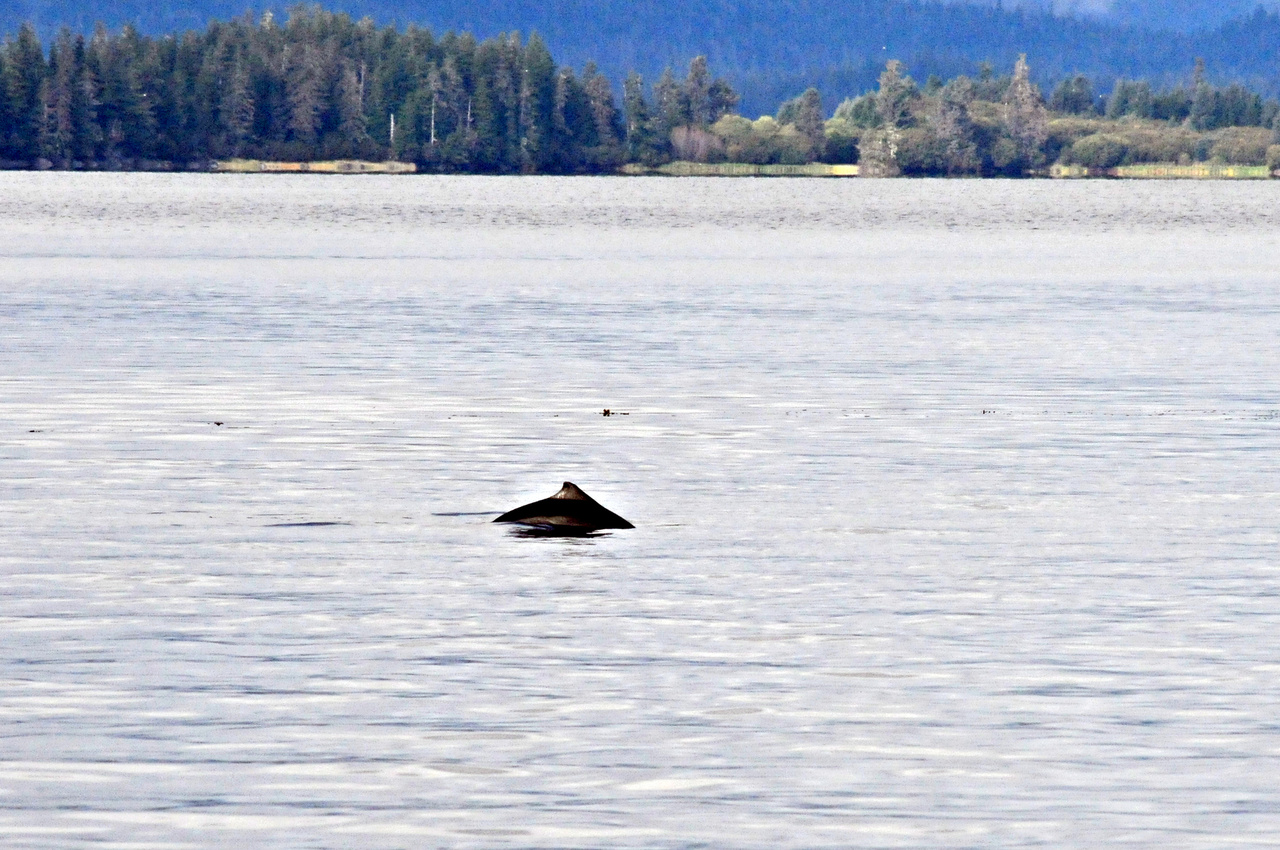 A Harbor Porpoise breaking the surface of the water.

"It's really hard to collect biological samples from harbor porpoise. They only break the surface of the water for an instant and then they are gone," said researcher Kim Parsons, NOAA Fisheries affiliate at the Alaska Fisheries Science Center's Marine Mammal Laboratory. "Environmental DNA is a rapidly advancing, reliable and less invasive approach to collect genetic information on rare, elusive or difficult to study animals like harbor porpoise."

Parsons collaborated with Linda Park of the Conservation Biology Molecular Genetics Laboratory at the Northwest Fisheries Science Center to conduct her harbor porpoise study. Scientists at the Alaska Center have been using eDNA for several years. Parsons was able to adapt collection and analysis techniques already developed for marine fish and deep-sea corals.

"We are really excited that Kim has been so successful with getting eDNA from harbor porpoises in open water," said Park. "Harbor porpoises are only in a given patch of water for a short stretch of time and it wasn't clear how quickly the signal would disperse." 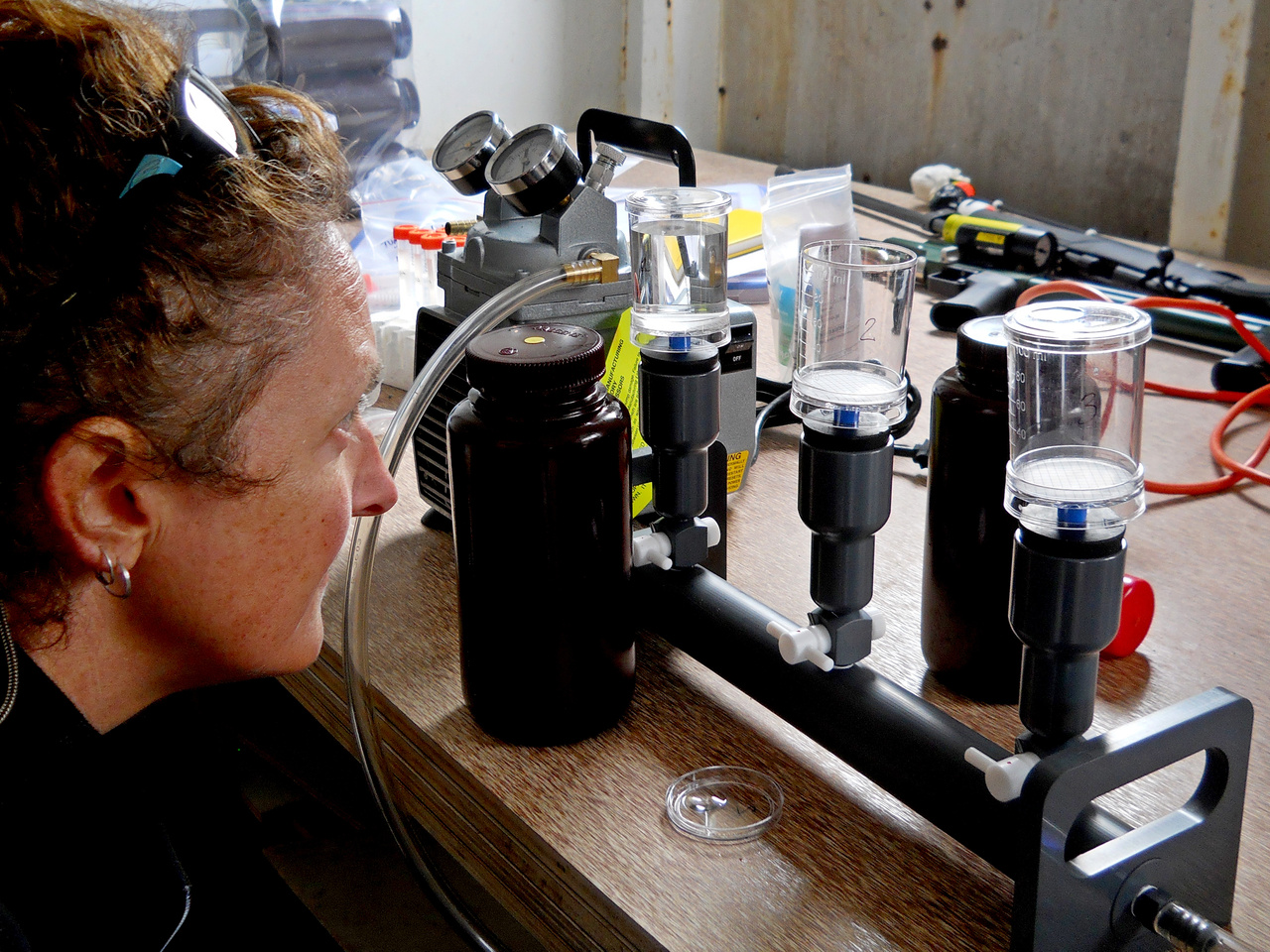 Kim Parsons working in the lab.

Parsons worked with a team of scientists in regions of historically high porpoise density throughout the inland waters of Southeast Alaska. They conducted ship-board research surveys over two weeks in both June and September 2016.

After a harbor porpoise dives it leaves a "fluke print" on the surface of the water so the team knew where to collect seawater that potentially contained skin cells, secretions, and other cellular material naturally shed by the harbor porpoise.

Processing began at sea. The scientists prepared each sample for analysis back in the laboratory. They took collected seawater and ran it through a filter. Cellular material was trapped on the filter paper. The filter paper was then stored until DNA could be extracted later.

In this study, Parsons looked at mitochondrial DNA (mtDNA), which is passed down from a mother to her offspring. By comparing samples collected from two regions in Southeast Alaska, she was able to detect genetic variation in porpoises from these regions. 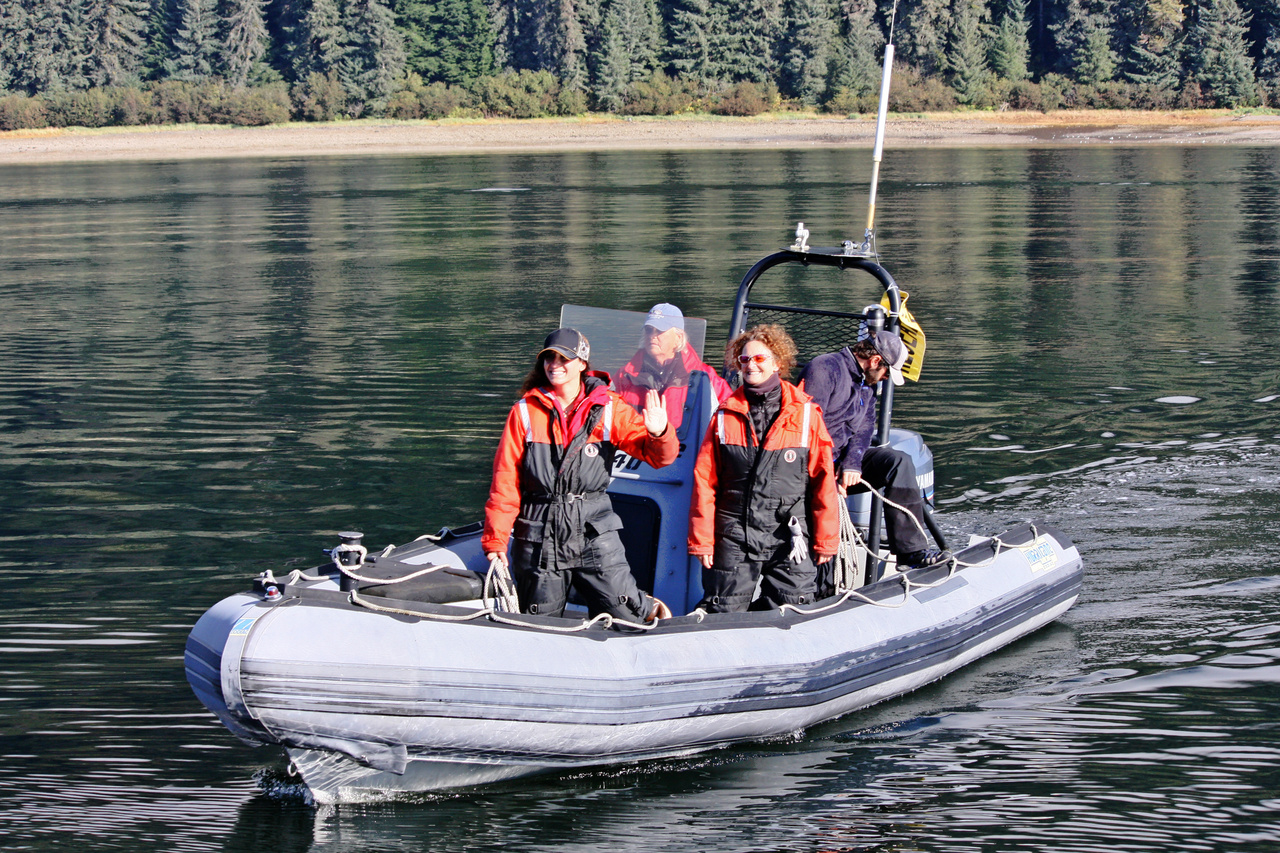 Research team off the Coast of Alaska.

Parsons would like to investigate whether nuclear DNA can be analyzed from the samples she has taken. Nuclear DNA could provide greater insight into genetic variation, allowing her to better understand how many distinct populations there are in Southeast Alaska. But it all comes down to having enough samples, and the resources, and time to develop her methods further.

Partners from the University of Alaska Southeast, Glacier Bay National Park, and the Petersburg Marine Mammal Center will help Parsons by opportunistically collecting additional eDNA samples throughout the summer and fall 2018.

Since harbor porpoises live in nearshore waters, where most human activities occur, resource managers have a keen interest in this research. With a better understanding of current harbor porpoise population structure, they will be able to better manage harbor porpoise/human interactions.