On April 17 a two-and-a-half-year investigation and judicial process came to a close when Robert Thompson, 53, of Rockwood, Maine, was sentenced to eight months imprisonment for evading federal income tax and for illegal sales of lobsters. The Court also 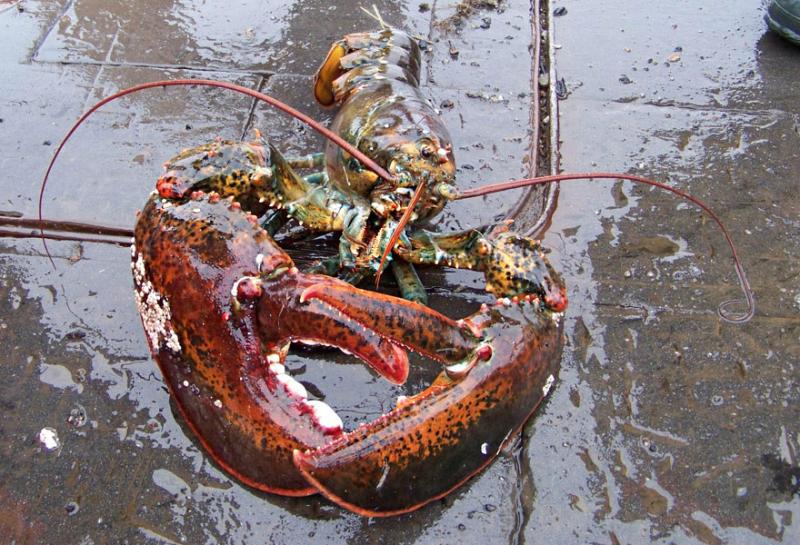 On April 17 a two-and-a-half-year investigation and judicial process came to a close when Robert Thompson, 53, of Rockwood, Maine, was sentenced to eight months imprisonment for evading federal income tax and for illegal sales of lobsters. The Court also ordered Thompson to pay the Internal Revenue Service restitution of $65,172.

“When it comes to seafood harvesting, sale, purchase, import, export, and distribution, there are strict laws and regulations that everyone must adhere to,” said Logan Gregory, Assistant Director of the Northeast Region of NOAA’s Office of Law Enforcement (OLE). “These laws and regulations safeguard sustainability of our marine resources. Cheating this system can create an imbalance in seafood markets and creates an unfair advantage for those who do the cheating.”

The case began in October 2012 when a search warrant was issued for suspicion of felony theft. The seized documents as well as cooperating witness testimonies exposed a different set of charges that required a joint operation among the Knox County District Attorney’s Office, the Internal Revenue Service, OLE, and the Knox County Sheriff's Office.

Court records reveal that while Thompson served as the dock manager for the Spruce Head Fishermen’s Cooperative, he organized an agreement with several Co-op members which gave him accessibility to buy lobster with cash and bypass the Co-op. Thompson then sold these lobsters for cash, even though he didn’t hold a license to buy and sell lobsters – a document required by the State of Maine. With these sales were all cash transactions, Thompson also failed to claim the income on his annual taxes.

Thompson pleaded guilty in December 2014 to one-count of evading payment of federal income tax on the cash sales for the year 2008; as part of his plea, he also agreed to payment of back taxes relating to the years 2009-2011. Additionally, he pleaded guilty to violating the Lacey Act, a federal law that prohibits trade in wildlife and plants that have been illegally taken, possessed, transported or sold. A consequence of these illegal sales was that the lobsters at issue were not properly reported to the State of Maine and NOAA fishery managers.

"We all pay when others swindle the government,” said Eileen Sobeck, the Assistant Administrator of NOAA-Fisheries. “(T)his sentence should serve as a reminder that proper reporting is vital to the sustainability of our Nation’s living marine resources. Violations like this are a high priority for our agency.”