Scientists seek to understand how physical and biological forces combine to drive fish productivity in the Gulf of Alaska. 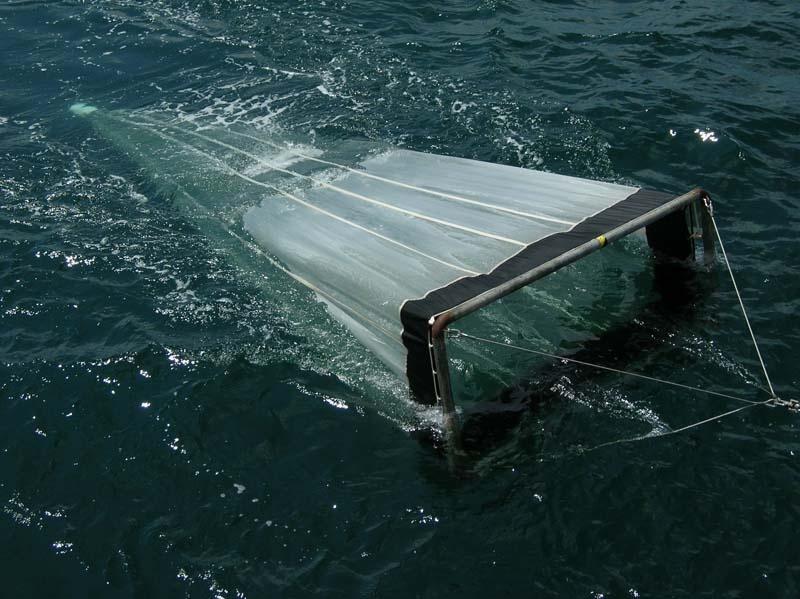 U.S. fishermen haul in more seafood in Alaska than all the other states combined. And that bounty, which was worth $2 billion and supported 60,000 jobs in 2011, starts off as just a flurry of tiny larvae helplessly adrift in the water column.

Of those countless billions of larvae, only a tiny fraction grows to adult size, and how many of them make it depends on the conditions they encounter early in life. Fish larvae are at the mercy of ocean currents, which can ferry them to favorable nursery grounds or dump them in hostile seas. Their fate also depends on physical factors such as water temperature, ice cover, and storms, and biological factors such as the availability of prey and the density of predators.

"Fish have to run a gauntlet of threats during their first year of life," said Jamal Moss, a biologist at NOAA’s Alaska Fisheries Science Center. In a good year, a lot of fish will be recruited into the fishery—that is, they will grow large enough to be caught in fishermen's nets. But to get high recruitment, Moss said, "a lot of stars need to align."

Moss is one of more than 50 scientists from 11 institutions who are charting those stars. The Integrated Ecosystem Research Project, or IERP, in the Gulf of Alaska brings together physical oceanographers, fish biologists, and other scientists to decipher how physical and biological forces in the ocean combine to determine fish recruitment.

“Making sure that our fisheries remain sustainable is our overarching goal,” said Moss, “and to do that we need to understand how environmental conditions affect fish in the earliest stages of their life.”

With climate change forcing environmental conditions toward new extremes, this understanding is more important than ever.

Physical and Biological Scientists Working Together

Phyllis Stabeno is a physical oceanographer with NOAA's Office of Oceanic and Atmospheric Research, and she works closely with biologists on this project. “If you just count fish and set your quotas that way, that’s pretty straightforward,” Stabeno said. “That’s how fisheries have been managed for decades.”

But increasingly, NOAA Fisheries is using ecosystem-based fishery management, and the IERP is just one example. Traditionally, fish stocks were managed individually to keep them at sustainable levels. The ecosystem approach builds on the single-species approach by also accounting for how species interact with each other, with the environment, and with humans.

As a physical oceanographer, Stabeno uses data from satellites, drifting buoys, and shipboard measurements to study the physics of ocean currents. Those currents help determine the timing and location of phytoplankton blooms, setting the stage for the ecological drama that follows: zooplankton eat phytoplankton, fish eat zooplankton, and so on.

As you move up the food chain, things get complicated quickly. For instance, if fish larvae don’t mix with their preferred prey at the right place and time, they won’t build up the fat reserves they need to survive their first winter.

"Fortunately I'm a physical oceanographer. I only have to predict the weather and the currents," Stabeno said. "The biologists have to predict what the fish will do. Their job is much harder than mine."

To find out what the fish are up to, biologists estimate key indicators such as the number of fish and their reproductive rate. To do that, they drag fine mesh nets through the water to catch larvae and map how currents disperse them. They also survey juvenile and adult fish, and they measure variables such as temperature and salinity that affect fish growth and behavior.

To untangle this web, scientists cut open a sample of what they catch. "We have one of the biggest fish stomach databases in the world," said NOAA Fisheries biologist Jim Ianelli, "so we can see who's eating whom in the ecosystem."

This comprehensive approach is more complex than traditional fish surveys and single-species stock assessments. And it's more expensive as well. But understanding how these physical and biological forces interact is key to successfully managing valuable fisheries in Alaska and elsewhere.

This is especially true as the climate changes. "We can no longer assume that the past 20 years is a good indicator for the next 20 years," Ianelli said.

The ultimate goal is to be able to predict how changes in the climate will affect fisheries. To do that, scientists are building computer models that simulate how forces move through the ecosystem, from climate to currents, through the biological effects in the food web, and up to the economic effects on fishing communities.

“What if we change the rules that determine the catch limit?” asked Ianelli. “What if we reduce fishing in one area but expand it in another? We can play it out in a simulation before taking it into reality.”

Phyllis Stabeno, the physical oceanographer, likened the effort to the early days of weather modeling. “When they first started using models to predict the weather, the models weren’t very reliable,” she said. But today they’re accurate out to several days. Stabeno said that physical models of the ocean are already relatively accurate, but the more complex biological models are still in their infancy. “We’re like the weather service in the early days,” she said, “but we’ll get there.”

Last updated by Office of Communications on March 15, 2022