This novel use of drones is a promising way to remotely monitor these hard-to-see fish. 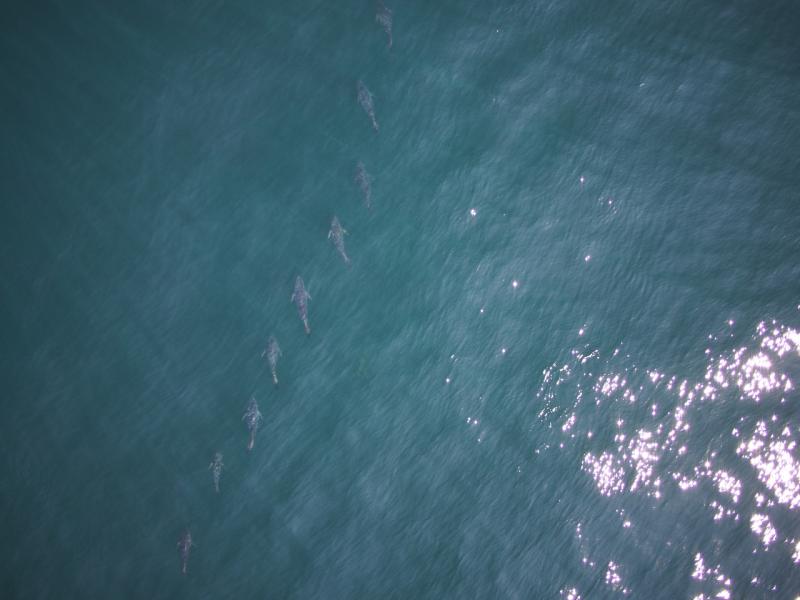 Researchers have used an unmanned aerial system (or drone) to gather data on schooling juvenile Atlantic bluefin tuna in the Gulf of Maine.

This pilot study tested whether a drone could keep up with the tuna while also taking photographs that captured physical details of this fast-moving fish. The drone was equipped with a high-resolution digital still image camera. Results show that drones can capture images of both individual fish and schools. They may be a useful tool for remotely monitoring behavior and body conditions of the elusive fish.

Individual fish lengths and widths, and the distance between fish near the sea surface, were measured to less than a centimeter of precision. We used an APH-22, a battery-powered, six-rotor drone. The pilot study was conducted in the Atlantic bluefin tuna’s foraging grounds northeast of Cape Cod in the southern Gulf of Maine.

“Multi-rotor unmanned aerial systems won’t replace shipboard surveys or the reliance on manned aircraft to cover a large area,” said Mike Jech, an acoustics researcher at the Northeast Fisheries Science Center in Woods Hole, Massachusetts and lead author of the study. “They have a limited flight range due to battery power and can only collect data in bursts. Despite some limitations, they will be invaluable for collecting remote high-resolution images that can provide data at the accuracy and precision needed by managers for growth and ecosystem models of Atlantic bluefin tuna.” 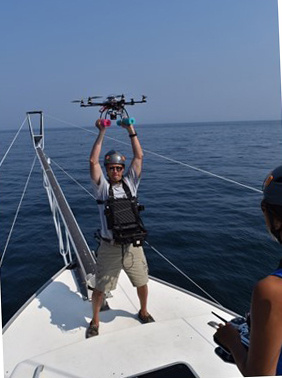 Results from the APH-22 study were published in March 2020 in the Journal of Unmanned Vehicle Systems. Researchers conducted their work in 2015. They then compared their study results to values in published data collected in the same general area. They also compared it to recreational landings data collected through NOAA Fisheries’ Marine Recreational Information Program.

Atlantic bluefin tuna is a commercially and ecologically important fish. The population size in the western Atlantic Ocean is unknown. Fishery managers need biological data about this population, but it is hard to get. Highly migratory species like Atlantic bluefin tuna often move faster than the vessels trying to sample them. The tuna are distributed across large areas, and can be found from the sea surface to hundreds of feet deep.

Sampling with traditional gear — nets and trawls — is ineffective. Acoustical methods are useful but limited to sampling directly below a seagoing vessel with echosounders or within range of horizontal sonar.

It is also difficult to estimate the number of tuna in a school from an airplane. Both fish availability and perception biases introduced by observers can affect results. Estimates of abundance and size of individuals within a school are hard to independently verify.

Taking precision measurements of animals that are in constant motion near the surface proved easier with a drone that is lightweight, portable, and agile in flight. It can carry a high-quality digital still camera, and be deployed quickly from a small fishing boat.

Short flight times limit a drone’s ability to survey large areas. However, they can provide two-dimensional images of the shape of a fish school and data to count specific individuals just below the ocean surface.

The APH-22 system has been tested and evaluated for measuring other marine animals. It’s been used in a number of environments — from Antarctica to the Pacific Ocean — prior to its use in the northwest Atlantic Ocean. Previous studies estimated the abundance and size of penguins and leopard seals, and the size and identity of individual killer whales. 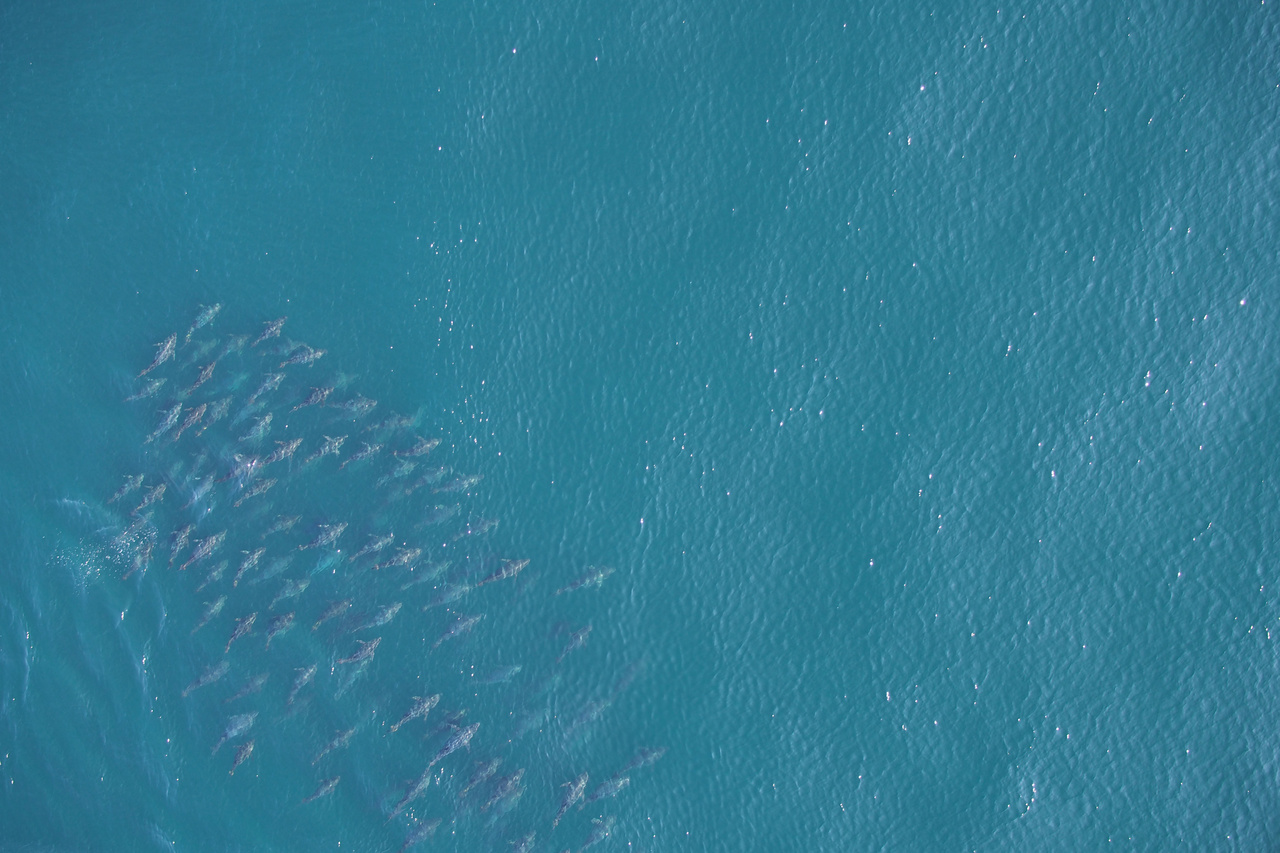 Hexacopter image of a school of Atlantic bluefin tuna taken northeast of Provincetown, Massachusetts in the southern Gulf of Maine.

“The platform is ideal for accurately measuring fish length, width, and the distance between individuals in a school when you apply calibration settings and performance measures,” Jech said. “We were able to locate the hexacopter in three-dimensional space and monitor its orientation to obtain images with a resolution that allowed us to make measurements of individual fish.”

As new unmanned aerial systems are developed, their use to remotely survey Atlantic bluefin tuna and other animals at the sea surface will evolve. It may minimize the reliance on manned aircraft or supplement shipboard surveys.

The International Commission for the Conservation of Atlantic Tunas governs tuna fishing. It is entrusted to monitor and manage tuna and tuna-like species in the Atlantic Ocean and adjacent seas. NOAA Fisheries manages the Atlantic bluefin tuna fishery in the United States. We set regulations for the U.S. fishery based on conservation and management recommendations from the international commission.