One of Eric’s great skills is showing people of all ages the importance of the habitat they live in and around. 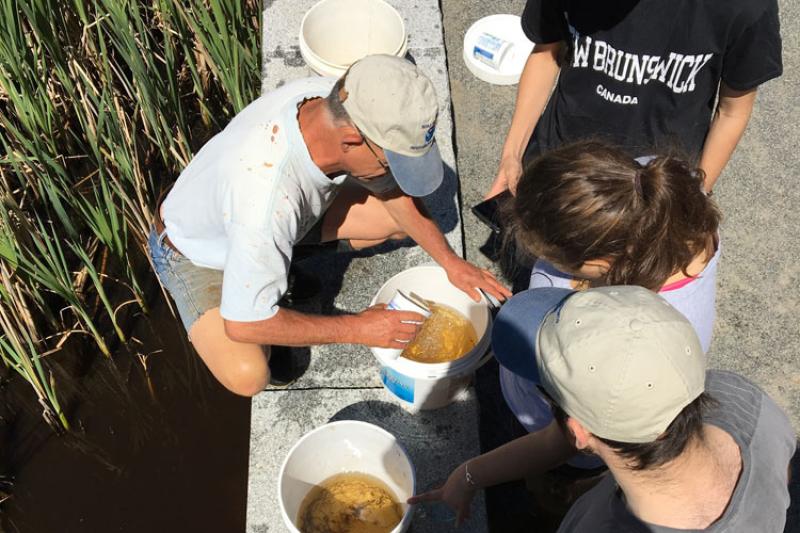 “Every year, we were literally seeing thousands of river herring below the dam that wouldn’t enter the fish ladder,” says Eric Hutchins, a restoration biologist with NOAA Fisheries Office of Habitat Conservation. As he jumps from slippery rock to muddy bank, he checks out the flow in the newly restored Exeter River in Exeter, New Hampshire where the Great Dam used to be. Following Eric is like trying to keep up with a mountain goat. 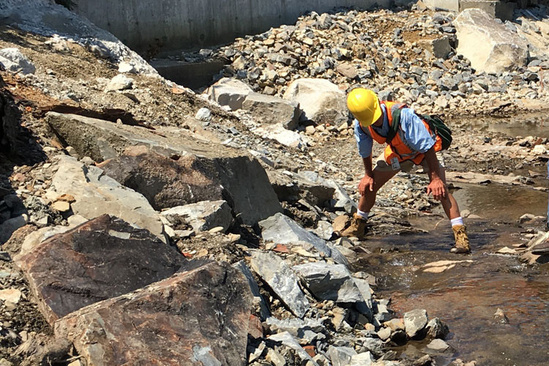 This is just one of more than 50 dam removal projects Eric has worked on in his 22 years in habitat restoration.

“Dam removal is the ultimate habitat restoration option. If all goes well, there is nothing to operate or fix in the long run...simply restore fish passage and let the fish do the rest,“ says Eric. “Alewife, blueback herring, sea lamprey, and American eel all spend part of their lives in the ocean and part in fresh water. They are a critically important part of healthy freshwater and nearshore marine ecosystems.” 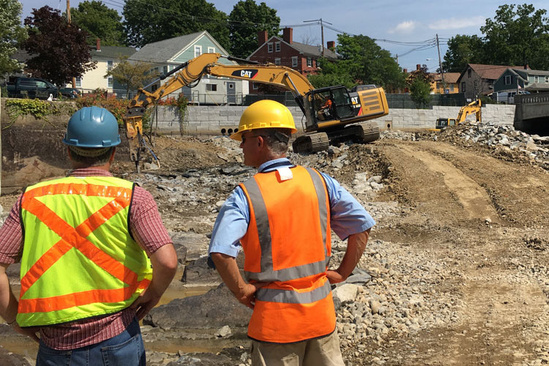 With numbers that once ranged well into the tens of millions, river herring (alewives and bluebacks) were a favorite prey of larger predatory fish. The predators included important recreational and commercial species, such as cod, bluefish, and striped bass. However, hundreds of dams, most now no longer useful and some in dangerous states of disrepair, block access to historically important spawning habitat all around New England.

Removing the Great Dam opened up access to more than 21 miles of river habitat to these fish. With many similar projects all around New England, Eric, along with his colleagues in Habitat Restoration, are helping to open up the habitat necessary to bring back these fish.

In addition to community-based proactive habitat restoration projects, such as dam removals and tidal marsh restoration, Eric also works on NOAA-led projects to restore aquatic habitats polluted by toxic waste and oil spills. Often, Eric’s greatest challenge is getting local support for habitat restoration. Dam removals are not always immediately popular. To make the case, Eric attends all of the project’s public meetings, answering questions and alleviating fears about what this change will bring to the community.

One of Eric’s great skills is showing people the importance of the habitat they live in and around. Using a trap and a bucket, he gives students a close-up look at the tiny eels that make their way up Mill Brook in Rockport each year. He talks to people of all ages at the annual Herring Festival in Plymouth, MA, where the removal of four dams has helped return the town’s historic river herring run. And, he has been instrumental in restoring Gloucester’s Little River by helping the community replace poorly functioning fish ladders with new access to Lily Pond. 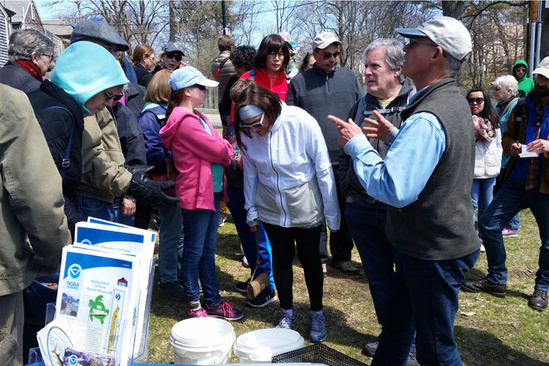 To become a Habitat Restoration Biologist, Eric earned a Bachelor of Science Degree in Fisheries Biology from the University of Massachusetts, Amherst, and a Master's Degree in Marine Affairs from the University of Rhode Island. During high school and his early college years, he worked on the Gloucester waterfront in various aspects of the seafood industry, including fish processing, longshoreman, and trips on commercial trawl, gillnet and lobster boats. He also worked as a Federal Fisheries Observer on both foreign and domestic commercial fishing vessels, including a three-month trip on a Japanese stern trawler in the Bering Sea.

Eric spends a lot of time working in the field and his strong work ethic stems from a deep commitment to environmental health.

“I care about the marine environment and know we need to do more than simply protect marine habitats...we need to go further and restore those that have been damaged. There is nothing better than watching an excavator tear down a dam that has been blocking fish from getting upstream to spawn.” 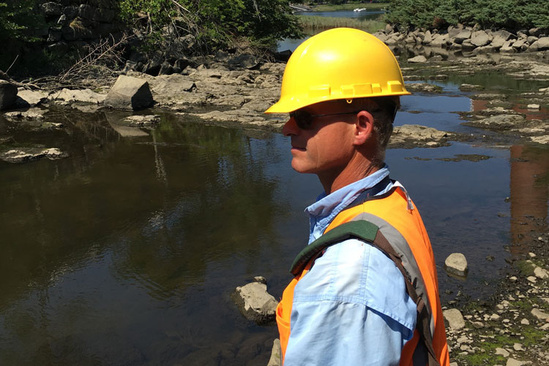 Restoration biologist Eric Hutchins on a site visit during a dam removal in Exeter, NH