Lisa Guy is a biological science technician and curator of the Microalgal Culture Collection at our Milford Laboratory in Milford, Connecticut. 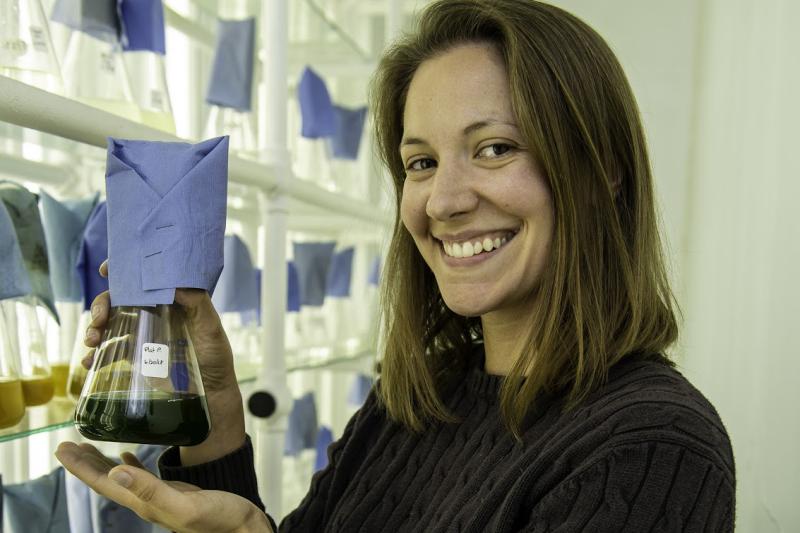 We continue our series to introduce the people who work at the Northeast Fisheries Science Center. Each month we feature a new "face" from the Center's five laboratories. We share with you a bit about who they are, what they do at the Center, and what they enjoy doing in their spare time.

I have lived my entire life along the Eastern Seaboard, usually within half an hour's drive of some salty body of water. My father was in the United States Coast Guard, which required us moving around a bit. I was born in Bethesda, Maryland, and lived in the area for a couple years before moving to Westerly, Rhode Island. Both of my parents worked at the Coast Guard Academy while I was at daycare on base. On the way home they would often stop at the Mystic Aquarium in Mystic, Connecticut. I think this began my fascination with marine life and anything and everything to do with water.

We then moved to Clearwater, Florida, where I lived for the next 9 years. After school, my family and I would hop over to Clearwater Beach where I would boogie board until sunset. Being so close to the beach, marine life, and the Florida Aquarium really solidified that I wanted to spend my life working with marine organisms.

Where did you go to school and what did you get your degree(s) in?

After Florida, we moved back to Maryland where I completed my secondary education. I moved to the Eastern Shore and did my first 2 years at Chesapeake College, earning an associate’s degree in liberal arts and science with a focus on biology. From there, I continued on to a dual bachelor’s degree program with Salisbury University and University of Maryland Eastern Shore. I earned two bachelor of science degrees, one in biology and the other in environmental science, with a marine science concentration.

How did you come to work at the Northeast Fisheries Science Center?

Prior to working with NEFSC, I spent 9 years working at the Horn Point Oyster Hatchery, part of the University of Maryland Center for Environmental Science (UMCES). Horn Point is one of the largest Crassostrea virginica (Eastern oyster) hatcheries in the United States. I did an internship with the hatchery after graduation and was kept on as a contract employee for a couple years before becoming a full time faculty research assistant. When I started, I was selected to work closely with the algologist. Almost everything I know about growing algae and feeding oyster larvae came from her. After she left, I became the head algologist and held that role for 4 years before accepting this position with the Milford Lab and NEFSC.

I was familiar with the Milford Laboratory mainly through a hatchery workshop the State of Maryland and UMCES Horn Point Laboratory put on for individuals interested in starting a shellfish hatchery. One day of the workshop was dedicated to discussing algae’s role in a hatchery and how to successfully culture algae and feed shellfish larvae. Dr. Gary Wikfors, my current supervisor, was the guest lecturer. I’m pretty sure I attended every presentation he made over the few years they put on the workshop. When I needed a new starter culture of algae, the Milford Laboratory is where I would turn to. I let everyone in the industry know that you could get some of the best starters from this lab at no additional cost. I also traveled to the Milford Lab to attend the same Microalgal Culture Workshop that the Milford Laboratory will be putting on again next year (2020).

What do you do at the Center? 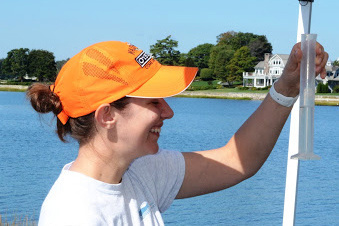 Out in the field supporting other lab research projects. Photo: NOAA Fisheries

I perpetuate the 200 plus strains of algae we have in our collection. This involves transfers of algae from old to new media every few months to keep them going. I also maintain cultures that are used to fulfill starter culture requests, generally received from shellfish hatcheries and other researchers. More than 300 starter cultures were sent in 2018. This year is on track to meet the same number of orders. In addition to providing the cultures, I give advice and troubleshoot problems for those in the shellfish industry. Some of my time is also spent supporting in-house research projects and experiments.

I love that I am working at the “center of the algal universe” and for the “algae guru” (as my former supervisor referred to Dr. Gary Wikfors). It’s amazing to work for the same laboratory that I held in such high regard for their starter cultures, and now I’m the one that is able to provide those to others. To be able to help the shellfish industry and research community via one of the most important components of a hatchery is amazing. I hope to continue providing quality starter cultures to the industry and fellow scientists. I am enjoying the ability to maintain the culture collection while also participating in important scientific experiments that are being carried out at the laboratory. 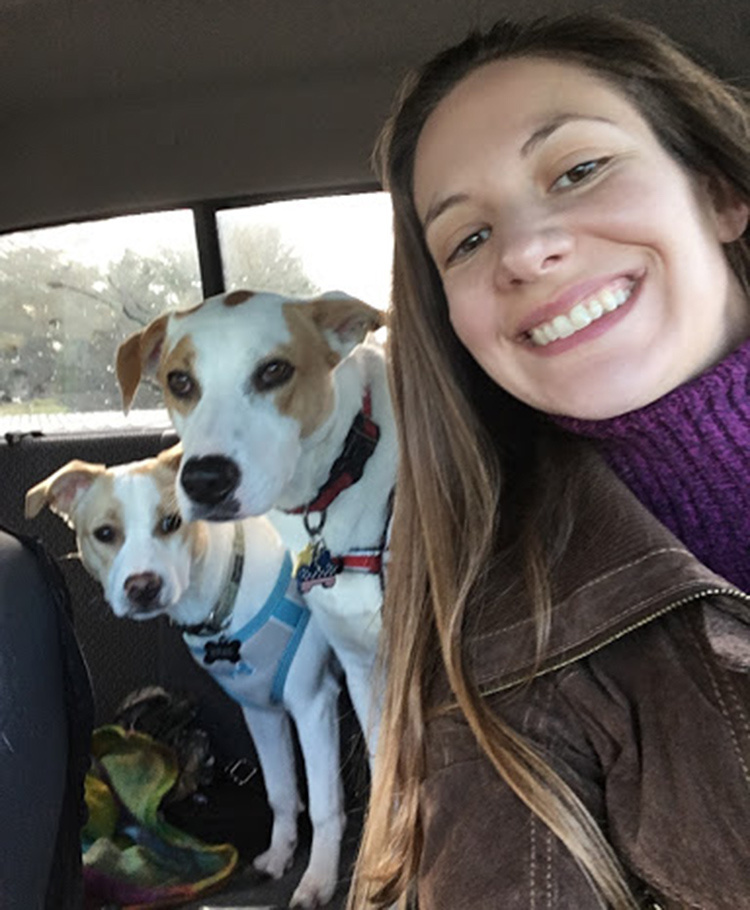 Lisa with her dogs, Opal and George.  Photo: NOAA Fisheries

I have two dogs, Opal and George, and a cat, Storm, that made the move from Maryland to Connecticut. I enjoy going for walks and hikes with them (mostly the dogs, although my cat joins for short walks to the beach). I’ve been exploring quite a bit of Connecticut, and am excited for fall activities. I finally went to the Big E, formerly known as the Eastern States Exposition, held in West Springfield, Massachusetts. That might become an annual tradition. I bowled for about 6 years on summer and winter leagues, so I’d like to do a bit more bowling. I really enjoyed fishing and hunting with my group of friends in Maryland and hope to find some good spots in Connecticut.