Maybe it’s a bit corny, but the open water reminds me of the prairies, where you can see for miles and the horizon is only the beginning of where you’re headed. 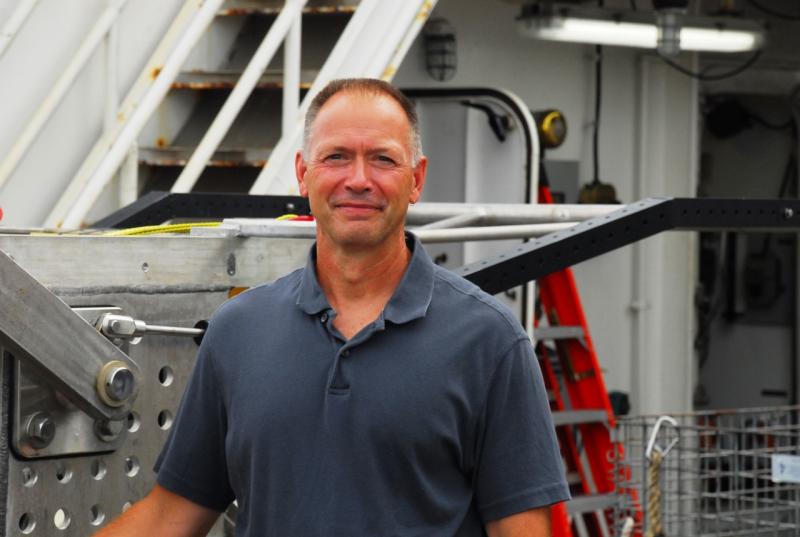 This story is part of a Northeast Fisheries Science Center (NEFSC) series to introduce the people who work there. Each month we feature a new "face" from the Center's five laboratories and share with you a bit about who they are, what they do at the Center, and what they enjoy doing in their spare time.

Where Did You Grow Up?

I was born and bred a Cornhusker fan in Omaha, Nebraska. Everyone asks how I got interested in the water, being from a state that is about as far from water as you can possibly get. I don’t know, but all I’ve ever wanted to do since I was a kid was to work on the water. Maybe it’s a bit corny, but the open water reminds me of the prairies, where you can see for miles and the horizon is only the beginning of where you’re headed.

What Is Your Educational Background?

I got a bachelor of science degree in zoology at a small state college, Kearney State College, in the middle of Nebraska. When I was a sophomore, I had the opportunity to come to Woods Hole and participate in the Sea Education Association (SEA) program where we spent six weeks in classes here and then six weeks on the schooner R/V Westward. We sailed out of Miami and I remember the first night was rough with winds churning up the Gulf Stream seas. Nearly all my classmates ended up on deck, while I was able to eat a hearty dinner and think that this was the life! Had I gotten seasick, my career would probably have taken a very different path. 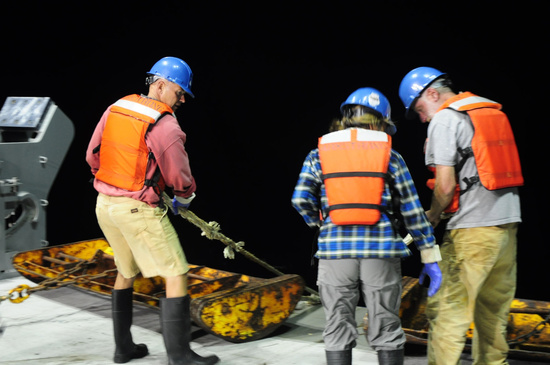 I then went to the University of Wisconsin – Madison for my master’s and Ph.D in limnology and oceanography, where I had the unbelievably good fortune of coming under the tutelage of Dr. Clarence Clay, who was one of the pioneers in using underwater sound to learn about the ocean and the animals that live there. That opportunity was pure luck. It was there that I learned about underwater acoustics and its applications to fish and zooplankton ecology. I met many good friends and colleagues there; some of whom I’ve continued collaborations with to this day.

How Did You Come to Work for NOAA Fisheries?

After grad school, I did a post-doc at North Carolina State University working on menhaden. I then went up to Buffalo State College in Buffalo, New York and then to the NOAA Great Lakes Environmental Research Laboratory (GLERL) in Ann Arbor, Michigan. While at Buffalo and GLERL I worked on a number of different projects in the Great Lakes and Chesapeake Bay. In August of 1998 while on the bridge of the R/V Cape Henlopen (the “old” R/V Sharp) somewhere on the Chesapeake Bay, I had my job interview via telephone with Wendy Gabriel and Bill Michaels to come up here to work on the fledgling acoustics program. In 1999, Tom Azarovitz opened up a permanent Research Fisheries Biologist position in the Ecosystems Surveys Branch, and I was fortunate to get that job.

What Does Your Job Entail?

I work primarily with active underwater acoustics. That’s where we use electronic instruments - echosounders - to transmit pulses of sound and then listen for the echoes that return from many different things in the ocean. Sound is the most efficient way of sampling the ocean, but the trick is in the interpretation of the electronic signals. Verifying the sources of the echoes is where we mostly use nets, but also cameras and other optical instruments, to help us understand the echograms (visualization of the echoes). By merging all the different data streams, my goal is to quantify the numbers and sizes of the animals that we are studying.

From 1998-2012, my primary focus was on Atlantic herring. That waned after the dedicated acoustic/pelagic trawl survey for Atlantic herring was discontinued, so I began to work with other branches to utilize the acoustic data. I started working with the Protected Species Branch (PSB) to quantify the prey of beaked and other deep-diving whales off the continental shelf, and that’s where the interest in the mesopelagic community was fostered. In addition to underwater sound, I’ve also gotten into flying unmanned aerial systems (aka “drones”) to monitor fish, seals, and whales when they are near the surface. 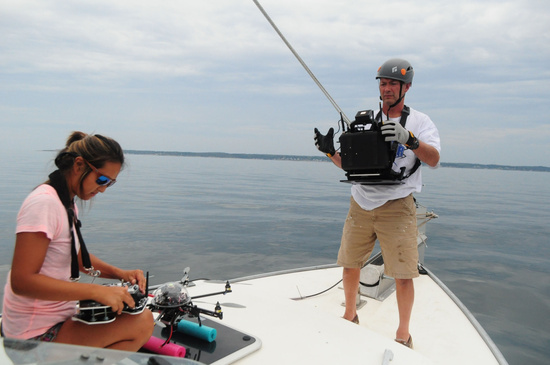 The people I’ve been able to interact with here and externally. Using advanced technologies to study the ocean has really opened opportunities for me to collaborate with some of the best scientists and engineers from Woods Hole and around the world. One big advantage to working here when we had two vessels was the opportunity to utilize the ships for not only monitoring, but also for research and development. That is something we are sorely lacking now. The work with PSB on the mesopelagics has expanded to a collaborative project with the Woods Hole Oceanographic Institution (WHOI) called Deep-See. Deep-See is an acoustic, optic, oceanographic, and biological sampling system that integrates wideband echosounders, stereo and holographic cameras, environmental and light sensors, and eDNA instruments towed at the depths of the meso and bathypelagic communities to get an in-depth view of the organisms living there. The inaugural cruise of Deep-See is slated for August 2018 on the NOAA Ship Henry B. Bigelow.

What Are Some of Your Hobbies?

My main hobby now is being entertained by our two-year-old daughter. The minute amount of time remaining in the day is spent with my wife getting our old house updated.