NOAA Fisheries has released the Fisheries of the U. S. 2016 report, and once again New Bedford, Mass. was the leading U.S. port by value and American lobsters were the nation&rsquo;s most valuable landed species.

Alaska led all states in the value and 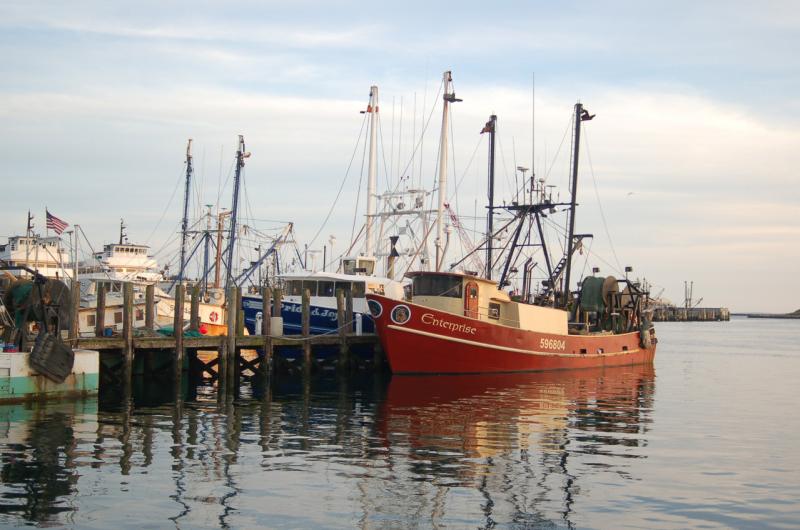 NOAA Fisheries has released the Fisheries of the U. S. 2016 report, and once again New Bedford, Mass. was the leading U.S. port by value and American lobsters were the nation’s most valuable landed species.

Alaska led all states in the value and volume of commercial landings, with 5.6 billion pounds valued at $1.6 billion. Maine and Massachusetts ranked second and third in the value of landings at $633.6 million and $552.1 million, respectively.

For the 17th consecutive year, New Bedford was the top U.S. port in value of commercial fishery landings in 2016 at $327 million, an increase in $5 million from 2015.  The port ranked 11th in the nation in volume with 107 million pounds landed, with sea scallops accounting for 77 percent of that total. Massachusetts, with nearly 22.9 million pounds of meats and New Jersey, with 10.5 million pounds of meats, were the leading states for sea scallop landings, representing 82 percent of the national total. The ex-vessel price per pound in 2016 was $12.00, compared with $12.27 in 2015.

For the 20th consecutive year, Dutch Harbor, Alaska was the top U.S. port by volume of commercial landings at 770 million pounds and second in value at $198 million. Walleye or Alaska pollock accounted for 89 percent of that volume. Five of the top ten U.S. ports by volume and six of the top ten ports by value were in Alaska. Reedville, VA ranked fifth in the U.S. by volume and Cape May-Wildwood, NJ ranked ninth by value of landings.

Maine and Massachusetts produced more than 94 percent of the total national landings for American lobster in 2016, each showing an increase of 8 percent by volume over 2015. For the 35th consecutive year, Maine led the nation in American lobster landings, with 132 million pounds valued at nearly $537.9 million. Massachusetts ranked second with 17.7 million pounds valued at $82 million. The average ex-vessel price per pound was $4.20 in 2016, compared to $4.23 in 2015.

For squid fisheries, Rhode Island ranked second in the nation with almost 22.5 million pounds, or 16 percent of the total landings. California was the leader with nearly 81.8 million pounds or 58 percent of the national total. As a region, the Pacific coast landed the most squid, but second-place New England landings were up 66 percent to 39.2 million pounds and the Mid-Atlantic region, in third place, saw landings increase 94 percent to more than 15.5 million pounds. The average ex-vessel price per pound for squid was 69 cents in 2016 compared to 49 cents in 2015.

The report also noted that saltwater recreational fishing remains popular and an important contributor to the national economy, with 9.6 million anglers making nearly 63 million fishing trips to catch more than 371 million fish, 61 percent of which are estimated to be released alive. Eighty-eight percent of those fish were caught in estuaries or state waters, with saltwater recreational fishermen contributing $36 billion to the economy. Striped bass was the top species by weight, followed by dolphinfish and bluefish.

Other findings: The average American ate 14.9 pounds of fish and shellfish in 2016, a decrease from 15.5 pounds the year before. Seventy-five percent of the domestic landings were used for fresh or frozen human food, and 19 percent for meal and oil. and Atlantic salmon was the leading species for marine finfish aquaculture at 47.5 million pounds produced, with oysters the highest volume for marine shellfish production at 35.2 million pounds.

Fisheries of the United States has been produced annually for more than 100 years. It provides a snapshot of data on U.S. recreational catch and commercial landings and value as well as information on U.S. aquaculture production, seafood processing industry, imports and exports of fishery-related products, and the domestic supply and per capita consumption of fishery products.