Proposal would extend critical habitat along West Coast from Washington to California. 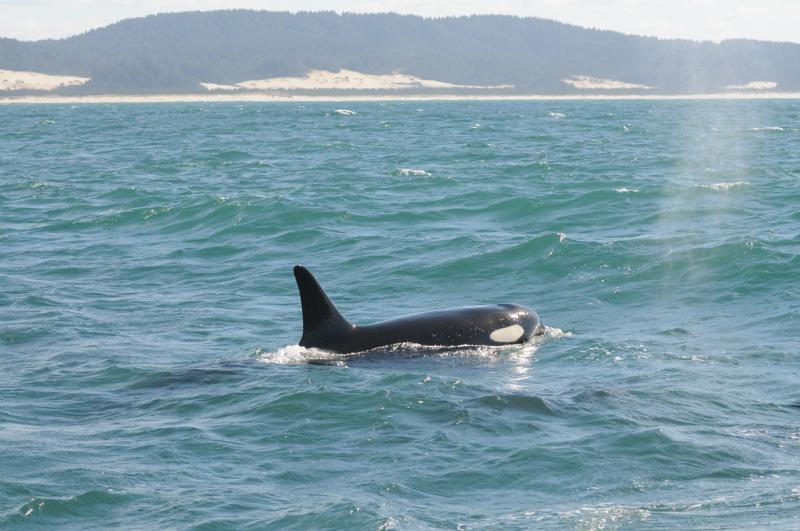 Research over the past decade has confirmed that endangered Southern Resident killer whales are truly a West Coast species. They feed on salmon as far south as California. Now NOAA Fisheries is proposing to expand their critical habitat based on information about their coastal range and habitat use.

The proposal would extend critical habitat for the whales along a roughly 1,000-mile swath of West Coast waters between the depths of 6.1 meters (20 feet) and 200 meters (about 650 feet). It would stretch from Cape Flattery, Washington, south to Point Sur, California, just south of Santa Cruz and Monterey Bay. The additional area covers roughly 15,626 square miles, or more than 10 million acres.

NOAA Fisheries is seeking public comments on the proposal.

Research documenting the Southern Residents’ use of coastal waters included collection of prey and fecal samples. Genetic analysis of the samples showed that while frequenting the West Coast the whales prey on salmon from as far south as California’s Central Valley and as far north as the Taku River in Alaska.

“We now know more clearly that that the whales rely on a diversity of salmon stocks from different rivers up and down the West Coast,” said Lynne Barre, recovery coordinator for the Southern Resident killer whales in NOAA Fisheries’ West Coast Region. “The critical habitat proposal takes that all into account.”

Critical habitat recognizes areas with the physical and biological features essential to the conservation of listed species. In the case of Southern Resident killer whales, that includes:

In 2006, NOAA Fisheries designated critical habitat for the killer whales in the inland waters of Puget Sound and the Salish Sea.  This is where the whales typically spend much of the year. At the time there was not enough information to support extending the critical habitat to the outer coast.

Since then, satellite tracking, acoustic monitoring and sightings data have confirmed that two of the three Southern Resident pods regularly range south along the West Coast as far as the Central California Coast during winter. The third pod, J Pod, typically remains further north, either in inland waters or off the west side of Vancouver Island.

The critical habitat proposal includes six sections of coast, each with different habitat features. For instance, the availability of prey was the primary habitat feature along the Washington and northern Oregon coasts, the Northern California Coast, and the Monterey Bay area of California.

The proposal excludes the Navy’s Quinault Range Site off the coast of Washington and a 10-kilometer (6.2 mile) buffer around it. The impacts to national security outweigh the benefits of designating it as critical habitat.

Research supporting the critical habitat proposal includes new details of the Chinook salmon stocks and other species. Southern Residents prey on them during winter off the West Coast. Most of the Chinook the whales were documented eating came from the Columbia River Basin. This includes spring Chinook from the lower Columbia, fall salmon from the middle Columbia, and spring/summer Chinook from the upper Columbia.