Arctic cod is an important source of food for whales, seals, fish, birds, and humans in Arctic ecosystems. 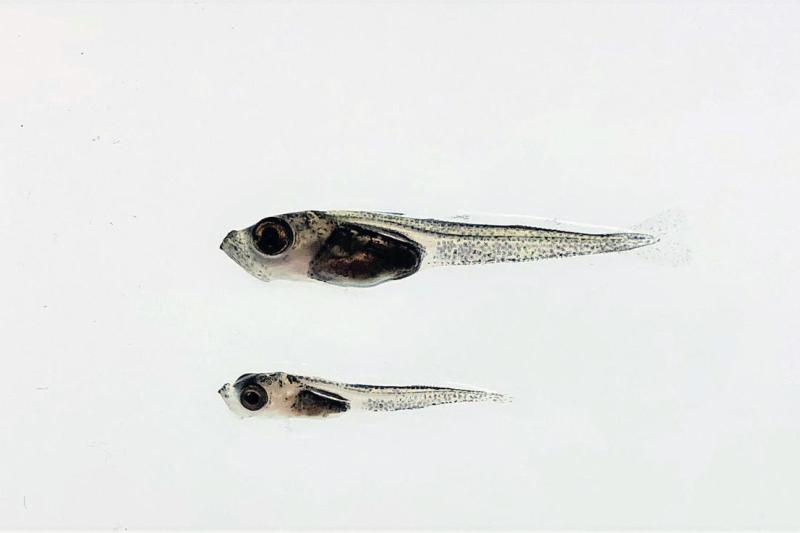 Today, a team of U.S. and Norwegian scientists published new laboratory research findings that show how an Arctic fish species can be seriously affected by small amounts of crude oil released into surface waters. For Arctic (Polar) cod in its early stages of development, crude oil can be lethal if exposure is high enough. Some exposed Arctic cod eggs die not long after hatching due to toxicity. At lower exposure levels, others experience developmental issues affecting their survival when they become larvae and juveniles.

“With the warming ocean and sea ice decline in the Arctic, ship traffic is on the rise. As a result, cod and their habitats are at increasing risk to oil spills,” said Ben Laurel, research fisheries biologist, Alaska Fisheries Science Center and lead author of a new paper published this week in iScience.“Since Arctic cod are one of the most abundant circumpolar forage fish, they play a key role in the marine ecosystem. We really need to better understand how an oil spill will affect keystone species and the ecosystem as a whole.”

For this study, NOAA teamed up with Oregon State University, SINTEF Ocean, and Norway’s Institute of Marine Research. The multi-disciplinary team had expertise in toxicology, fish biology, energetic studies, embryology and chemistry. They conducted one of the first laboratory studies of oil impacts on this cold water fish species. 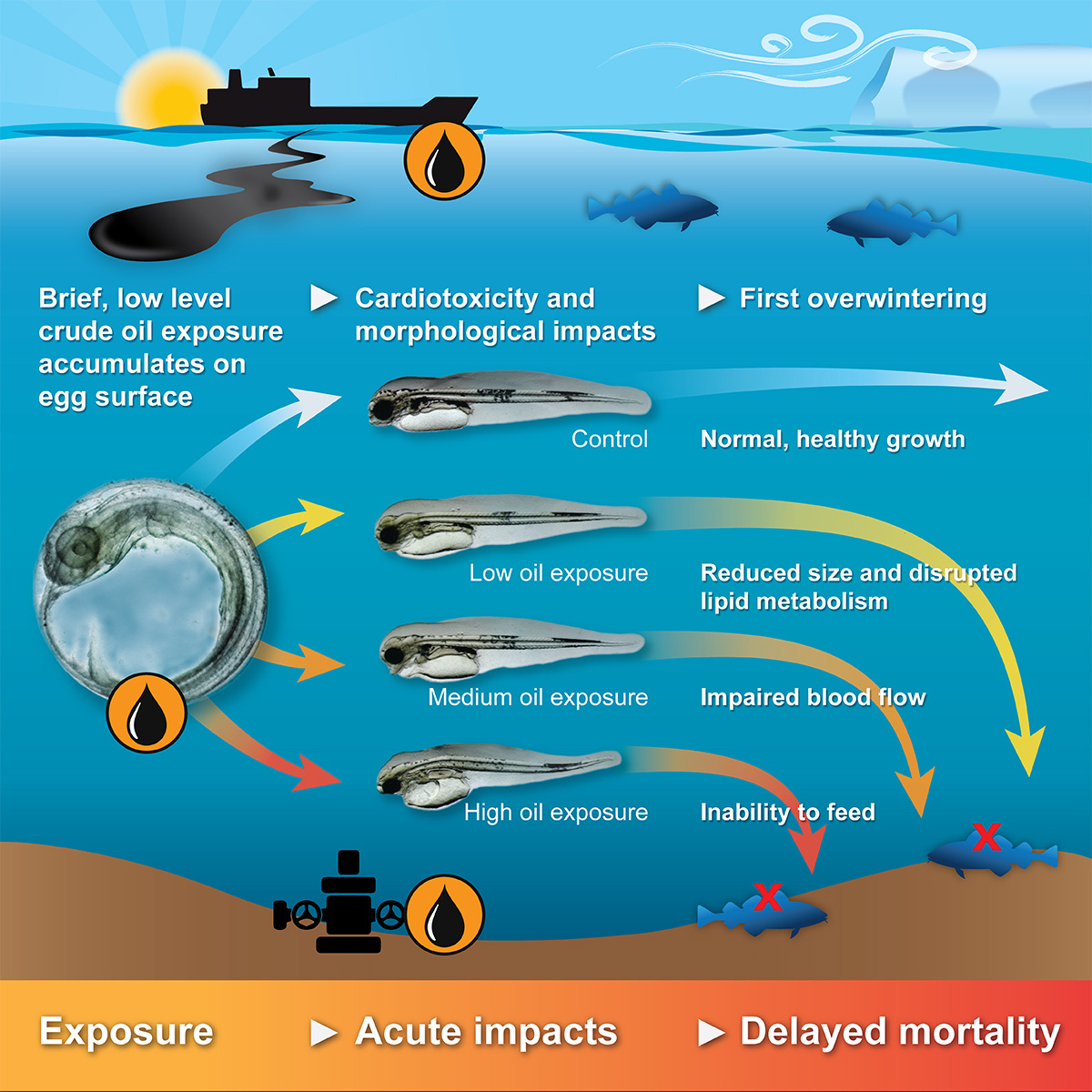 The illustration displays how different levels of crude oil exposure during the egg stage result in delayed mortality in larval and juvenile stages by way of impacts on jaw defects, cardiac function, lipid metabolism and growth. 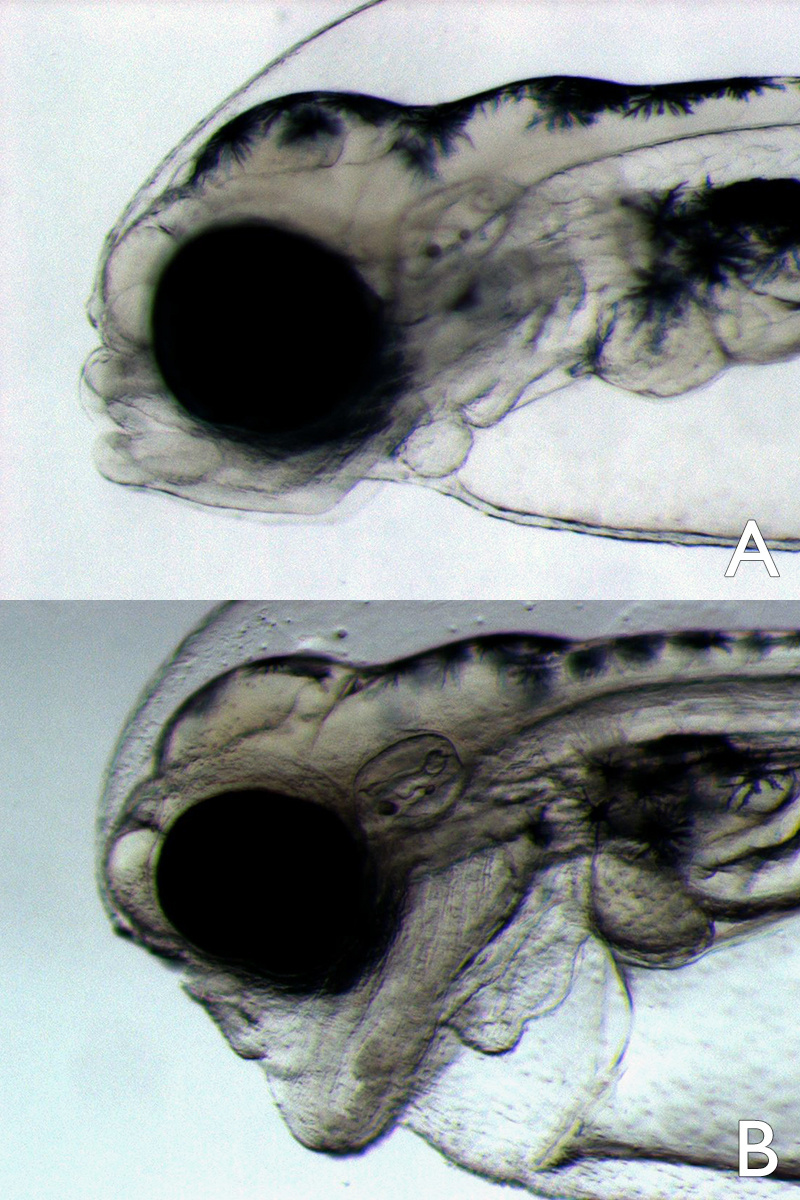 Close up views of the larvae’s heads. The top (A), is the control treatment and the bottom (B), was exposed to 900 micrograms per liter oil. The control shows a mouth with normal jaw, with the upper jaw arch visible right ahead of the eye, and the lower jaw jutting out beneath the eye. The oil-exposed larva almost completely lacks the upper jaw, and the lower jaw is malformed and hanging below the eye. The eye is also much smaller in the oil-exposed larva. 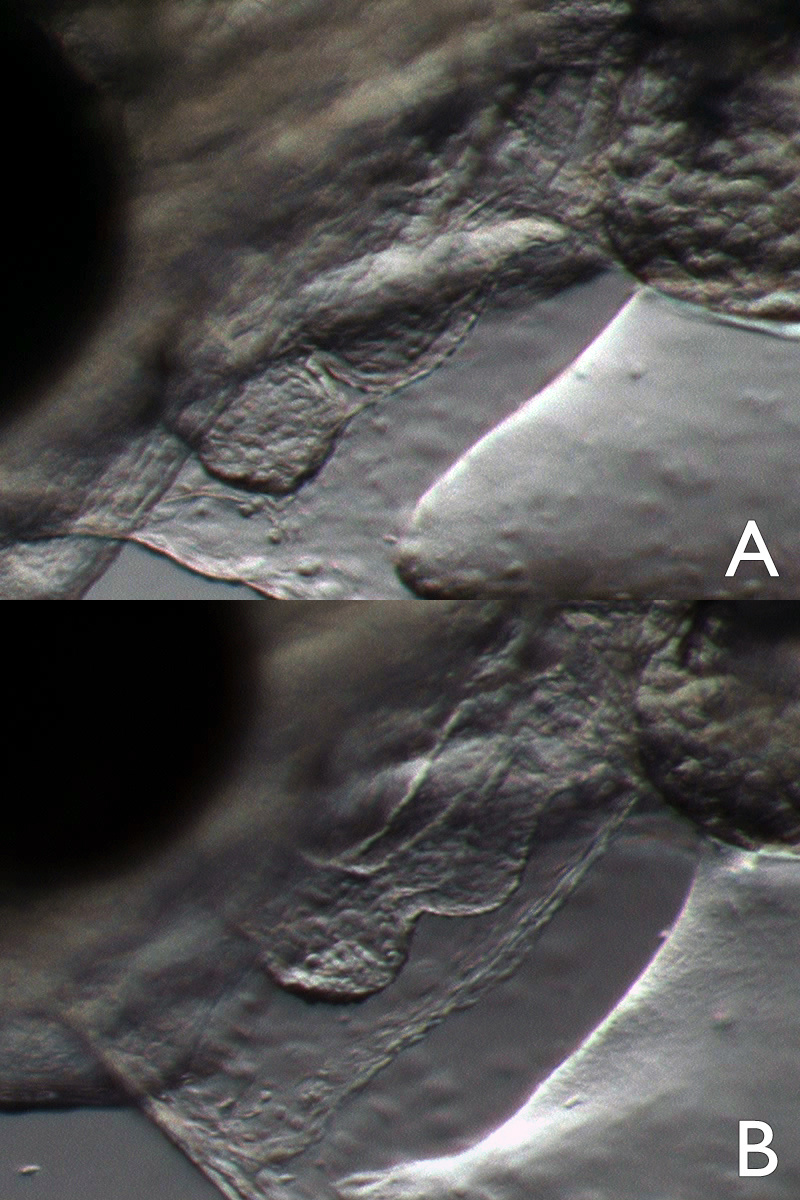 Laurel and fellow scientists at Alaska Fisheries Science Center’s Newport, Oregon facility have had success cultivating and rearing Arctic fish. In fact, the Newport Laboratory is one of the only facilities in the world with this capability.

After adult Arctic cod spawn, their eggs typically float near the surface of the water. Should an oil spill occur, they would be vulnerable to floating and dispersed oil.

With the help of Norwegian technology, the scientific team was able to simulate how an oil spill might affect eggs in the ocean.

Scientists exposed eggs to low concentrations of crude oil for three days during their 40-day embryo developmental phase. This short exposure is similar to what might happen in the environment after a spill. The eggs collected droplets of oil on their egg shells and accumulated toxic chemicals in their bodies.

“Not surprisingly, the crude oil had immediate toxic effects, and some embryos died. We also saw physical deformities as eggs developed. Some had misshapen jaws and malformed hearts with irregular and slow heart rates,” said John Incardona, a research toxicologist at NOAA Fisheries’ Northwest Fisheries Science Center. “We observed similar effects in salmon and herring in Prince William Sound after the Exxon Valdez oil spill in Alaska and on Atlantic haddock in studies with our Norwegian partners.”

According to Incardona, more startling were the delayed impacts on later stages of fish development, when eggs became larvae and juveniles.

Scientists found that even when larvae and juveniles looked normal, they weren’t.

But the most important finding was that exposed eggs, when they reached larval and juvenile stages of development, were not able to effectively process and store fat. Young fish need fat reserves to make it through winter months when prey are less abundant.

Value of This Study for Ecosystem Management

The new findings can help resource managers project how Arctic cod populations will respond to future oil spills. This will improve estimates of environmental risk and guide the development of mitigation measures, the latter to reduce the likelihood of accidents in forage fish spawning habitats.

In the event of a future spill, the data from this study can also be used to assess potential losses (injury) to cod and the food webs they support.

Scientists have been studying oil spill impacts on marine species for decades,” said Nat Scholz, leader of the Ecotoxicology Program at the Northwest Fisheries Science Center.

Newly hatched Polar cod larvae, roughly 2 weeks after the oil exposure period. The top image (A) is from a control treatment incubated in clean seawater, the bottom image (B) was exposed to 900 micrograms per liter dispersed oil. The clear globule beneath the organs just behind the head is the yolk sac. In the larva from the oil-exposed treatment, the clear space hollowed out into the yolk represents edema, or fluid accumulating from the heart because it isn’t pumping properly.

“Even so, we’re only just beginning to understand how very subtle forms of toxicity during early development can reduce survival much later in life. Also, how oil impacts one species can influence patterns of energy flow through more complex marine communities, particularly in fragile but still poorly understood ecosystems such as the Arctic.”

Scientists noted that habitat conditions in the Arctic are changing. Other types of environmental stress might compound the effects of oil exposure. Examples include ocean acidification, increasing seawater temperatures, and increasing sunlight (ultraviolet irradiation) in ice-free surface waters. Understanding possible interactions between oil toxicity and thermal stress is a priority because Arctic oceans are warming at a faster rate than temperate zones around the world.