NOAA in the Field 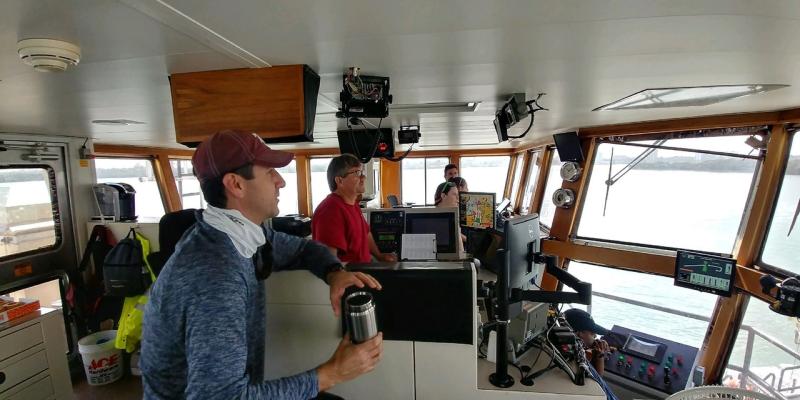 Working with the Tampa office of the U.S. Army Corps of Engineers Jacksonville District, staff from NOAA's Southeast Regional Office Habitat Conservation Division organized trip aboard the Corp's dredge MURDEN, based out of Willimington NC, which is operating in the local area maintaining channels of the Gulf Intracoastal Waterway near Clearwater, Florida. 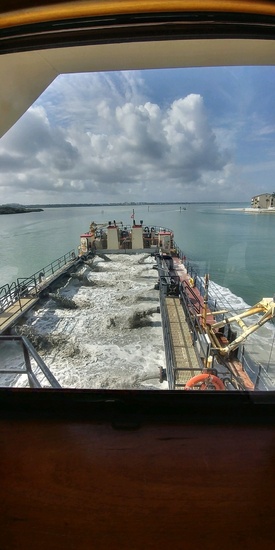 NOAA staff from the Highly Migratory Species Branch and the Offices of Sustainable Fisheries and Protected Resources were able to observe a dredge in operation.  It provided everyone with a hands-on opportunity to better understand the consultation processes required under the Magnuson-Stevens Fishery Conservation and Management Act and Endangered Species Act. 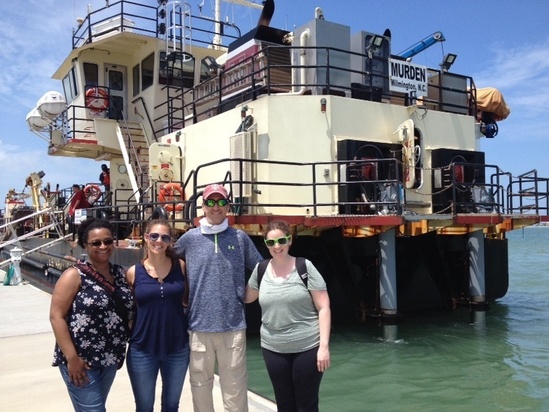 Habitat Conservation staff described the consultation the Corp is required to conduct under Magnuson-Stevens to conserve and protect essential fish habitat, such as seagrasses, which support fishery species managed by NOAA.  Likewise, Protected Resources was able describe and explain the consultation required under the Endangered Species Act to ensure the dredging operations to not harm protected species such as sea turtles.

The $1.2 million maintenance project is removing shoals causing a navigation hazard for commercial and recreational boaters.  The dredged material will be placed in a nearshore disposal area north of Clearwater Pass.