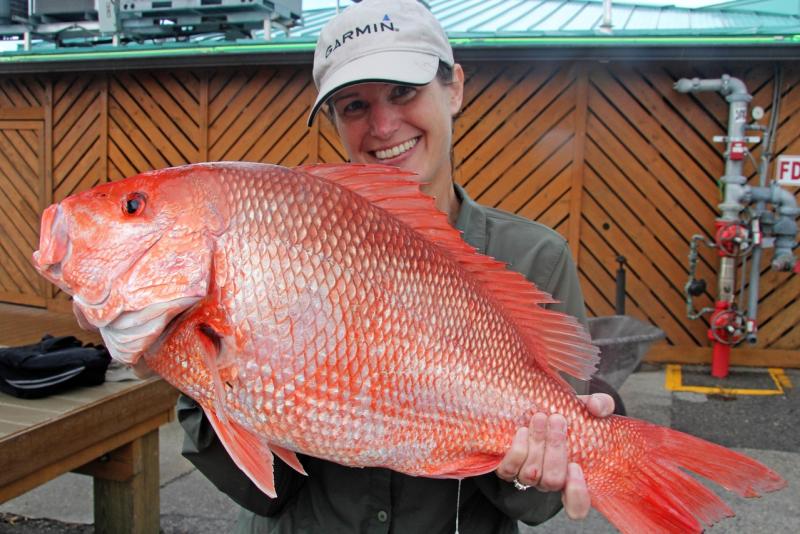 The Marine Recreational Information Program (MRIP) partnership took another step toward delivering more timely and precise estimates of Gulf of Mexico recreational red snapper catch and effort. At a September workshop co-hosted by MRIP and the Gulf States Marine Fisheries Commission, scientists and managers from state agencies, the Gulf of Mexico Fishery Management Council, NOAA Fisheries, and independent statistical consultants sought to identify the best way to use data collected by specialized and general state-federal surveys to monitor recreational catches of Gulf red snapper, as needed to support stock assessments and fishery management.

The Red Snapper Survey Designs Workshop IV was the latest in a series, dating back to 2014, focused on finding ways to better monitor catches during short federal and state fishing seasons for one of the Gulf’s most popular fish. NOAA Fisheries and its Gulf state and regional partners have spent the past several years working closely to develop survey designs that address federal and state management needs for more timely and statistically precise catch statistics.

Since last December, NOAA Fisheries has certified designs for three surveys in the Gulf of Mexico: Louisiana’s all species, general survey, LA Creel; Mississippi’s red snapper-specific Tails n’ Scales; and Alabama’s red snapper-specific Snapper Check. Florida’s Gulf Reef Fish Survey, which supplements MRIP’s general surveys for a limited group of reef fish species, is expected to be certified later this year. Each survey uses a different methodology to gather data and produce estimates based on the unique characteristics of the state’s fishery.

“This is all part of a comprehensive, collaborative, and rigorous process to ensure sound and effective science and management of Gulf red snapper,” said Gregg Bray, GulfFIN program coordinator for the Gulf States Marine Fisheries Commission. “It’s so important to have the leadership and local knowledge of the states, the collaborative strength of GulfFIN, and the financial and technical resources of NOAA Fisheries. That’s the real value of the MRIP partnership.”

The MRIP state surveys are designed to improve regional monitoring of the recreational red snapper catch and effort. Estimates from these surveys can be used for federal scientific stock assessments and fishery management once there is a transition plan that describes how to integrate state and general data, and how to calibrate new and historical catch and effort estimates.

During the workshop, participants were introduced to several options for integrating data collected by the specialized and general MRIP surveys and for calibrating estimates generated by the new integrated survey approaches against estimates based only on the general surveys. Calibrations will be needed to ensure that red snapper catch estimates produced by different survey designs can be converted into a common currency for use in stock assessments and management.

As a next step, the Gulf States Marine Fisheries Commission will coordinate the delivery of survey data and estimates to a team of independent statistical consultants who will explore the integration and calibration methodologies put forward at the workshop. The need for a follow-up workshop to present and discuss the results of the analysis is under consideration for early 2019. A workshop summary is being prepared and consultants are expected to provide a report following the completion of their analysis.

Last updated by Office of Science and Technology on November 27, 2018