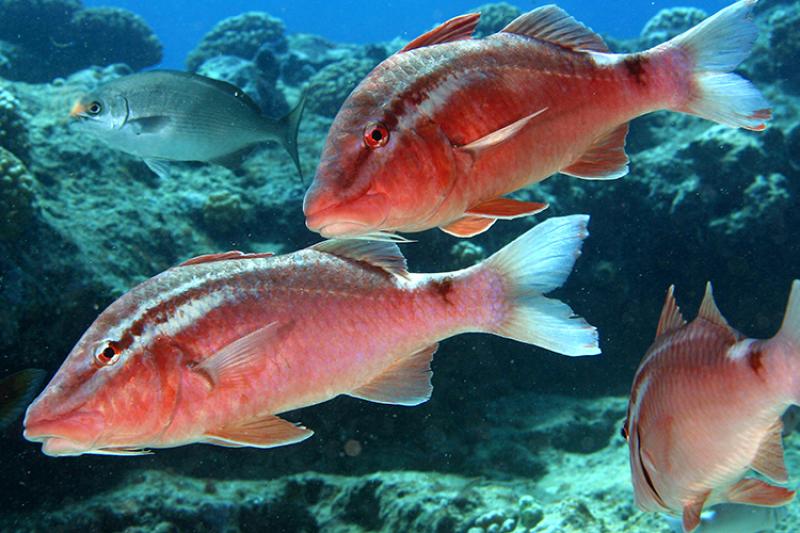 “We’re excited to see the creativity employed in both of these projects,” says Tori Spence-McConnell, aquaculture specialist at the NOAA Fisheries Pacific Islands Regional Office. “We’re hopeful that the outcomes can help further development of a multi-faceted and sustainable aquaculture community.”

The projects are supported by Saltonstall-Kennedy grants administered by the regional office.

Loli, or Hawaiian sea cucumbers, were once frequently consumed in Hawaiʻi, often as part of Japanese cuisine. In the United States today, the primary consumers of sea cucumber are of Asian descent, in particular Chinese nationals, according to Dave Anderson, production manager of Kauaʻi Sea Farm in Kalāheo, Hawaiʻi.

“It’s difficult to find data, but the United States is a pretty major importer of sea cucumber products,” Anderson said, adding that the importing of sea cucumbers was nearly nonexistent in the early 2000s but jumped to hundreds of metric tons in the 2010s. If Hawaiʻi had its own sea cucumber aquaculture in place, the mainland United States could import the squishy-yet-satisfying creatures from the state instead of other countries, creating economic opportunities for the island.

What's more, the loli could be raised in Hawaiian fishponds, or loko iʻa. Most of these ponds fell into disrepair during the Westernization of Hawaiʻi in the 20th century. This could help restore the traditional, natural fish farms—sea cucumbers are detritus feeders able to clean up the water in which they live by consuming settled solids, thereby increasing the amount of fish that could thrive in the ponds. It would also provide the fishponds with a new source of income.

“This is a great example of restorative aquaculture that could produce a valuable export product,” Anderson said.

The Pacific American Foundation is spearheading this project, partnering with Kauaʻi Sea Farm to rear the marine invertebrates in a hatchery. They are also working with Hawaiʻi Sea Grant to establish a training and outreach program for sea cucumber production. The Kauaʻi facility has a small hatchery for oyster production, and rearing methods for sea cucumbers are very similar to bivalves. Much of the basic infrastructure needed for sea cucumber production is already in place, and the rearing process would even make use of mesh oyster bags.

“We’re not reinventing the wheel here,” Anderson said. “There’s a large amount of academic research for the hatchery method for these species.”

As part of the grant, the project will first raise three species of loli in the Kauaʻi Sea Farm hatchery:

Once the cucumbers grow to about 5 grams, Anderson and his collaborators will conduct growth trials for the individual species by growing them in Kauaʻi Sea Farm’s Nōmilo Fishpond and two other fishponds in the state.

“Beyond the funding, and assuming we get good results, we want to establish a shared processing area,” Anderson said. “We could have a number of small-scale producers growing the product, and it would be processed in a shared location and exported as a shared product.”

The endemic kūmū, or Hawaiian goatfish (Parupeneus porphyreus), is a popular and culturally important reef fish in Hawaiʻi. But the kūmū population has significantly declined over the past several decades. This has prompted scientists and conservationists to explore novel solutions to prevent a population collapse.

Oceanic Institute has a long history of successful aquaculture projects. In a previous grant-supported project, they successfully reared ʻamaʻama (Hawaiian striped mullet) in its Oʻahu-based hatchery. It then delivered fingerling-size ʻamaʻama to several loko iʻa so that the managers could determine how best to raise the fish in fishponds. Oceanic Institute has also had hatchery success with other reef fish species, including lau‘īpala (yellow tang) and red coral grouper.

For the kūmū project, they are partnering with commercial and recreational fishers—through the nonprofit Pacific Islands Fisheries Group—and the state to get at least 40 adult kūmū broodstock. This partnership helps to “bring awareness to the status of the kūmū and conservation,” said Chad Callan, a marine biologist who runs the institute’s finfish program. “And it enables fishermen to be a direct contributor to solving this population problem.”

The State of Hawaiʻi Division of Aquatic Resources had previously tried to establish kūmū aquaculture. While DAR was able to successfully spawn captured kūmū  in its onshore Honolulu facility, it stopped short of being able to raise larvae in a hatchery.

Oceanic Institute hopes to take things a step further by developing novel techniques to rear kūmū in its hatchery. Unlike with the Hawaiian sea cucumber project, they will basically have to “reinvent the wheel” due to the lack of data with goatfish aquaculture. “We don’t have a rulebook to follow,” Callan said.

But their previous success with lau‘īpala, which has small larvae that require a special type of zooplankton for food, will help the project get its footing. Kūmū larvae are comparable in size and may require similar rearing processes. If successful in this task, the institute will provide DAR with juveniles for its tagging project, which will allow the collaborators to acquire life history information about hatchery-reared kūmū.

Though not part of the current grant-funded project, the institute hopes to one day provide loko iʻa with kūmū as it did previously with ʻamaʻama, helping to revitalize traditional Hawaiian aquaculture. 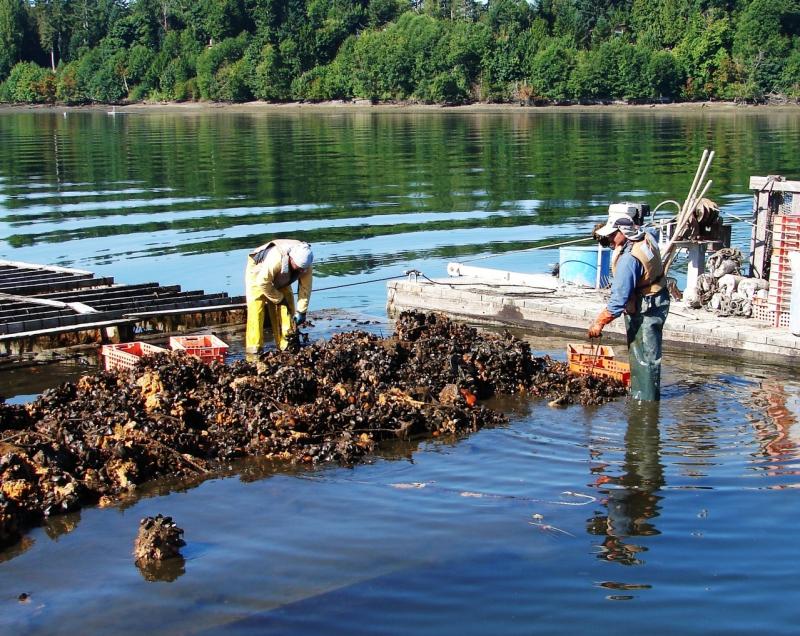