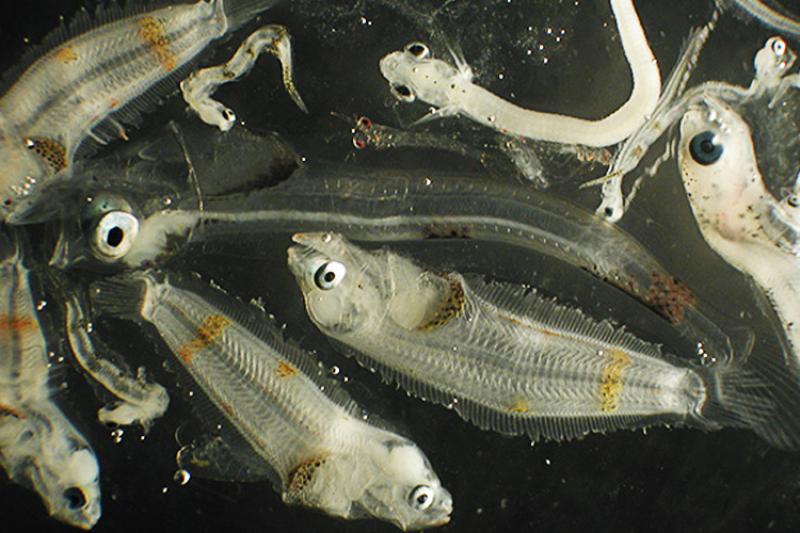 Bottom line: Reduced pH levels predicted for ocean acidification did not hamper growth and development of young northern rock sole. However, the authors caution that there are other potential impacts to northern rock sole that have yet to be examined as ocean acidification may alter the abundance of the tiny crustaceans that small rock sole feed upon. In addition, elevated CO2 levels have been shown to disrupt feeding and migration behaviors in other fish species. 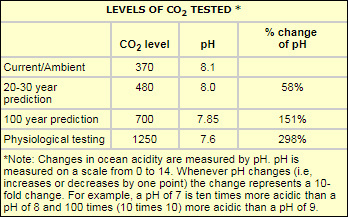 The Earth’s oceans play a key role in helping to regulate climate. They are currently absorbing some of the excess CO2 from the atmosphere. With rising levels of CO2, the chemistry of the ocean changes. The level of pH in oceanic waters declines making the water more acidic because of higher levels of carbon dioxide (CO2).

A more acidic ocean affects shell-producing creatures like crabs, lobsters, oysters and clams, but in different ways. Some studies have shown that crabs and lobster shell-building may actually increase, while shells of clams, snails, and oysters may dissolve under conditions of elevated CO2 in the water. The increases in CO2 levels can also have a range of different effects on fish and other non-shell forming animals. So, scientists and fishermen are concerned about the impacts of increasingly acidic oceans on commercial fishery species.

How Did Scientists Study This?

Scientists keep northern rock sole and several other commercially and recreationally important Alaskan fish species at the Alaska Fisheries Science Center laboratory in Newport, Oregon. Offspring from these fish are used to examine potential environmental and climate effects on these species.

In multiple experiments, the researchers reared northern rock sole eggs and larvae in the laboratory at current and elevated CO2 levels. The researchers found only minor effects to growth and development during the first 28 days. Growth rates of larvae between 28 and 56 days old were reduced at high CO2 levels, but this effect was only observed at CO2 levels above those predicted to occur in Alaskan surface waters by the end of this century. While these findings suggest good news for the long-term health of the northern rock sole population in the ocean, more research is needed to fully understand how a more acidic environment could affect these fish and the things they eat. Understanding these relationships of how increasing CO2 and declining pH levels will impact northern rock sole and other harvested populations in the wild enables us to better manage commercial and recreational fisheries to ensure the sustainability of these important fish stocks.