NOAA’s Great Lakes partnership with the Friends of the Detroit River is helping the area go from polluted to an international icon of hope for habitat. 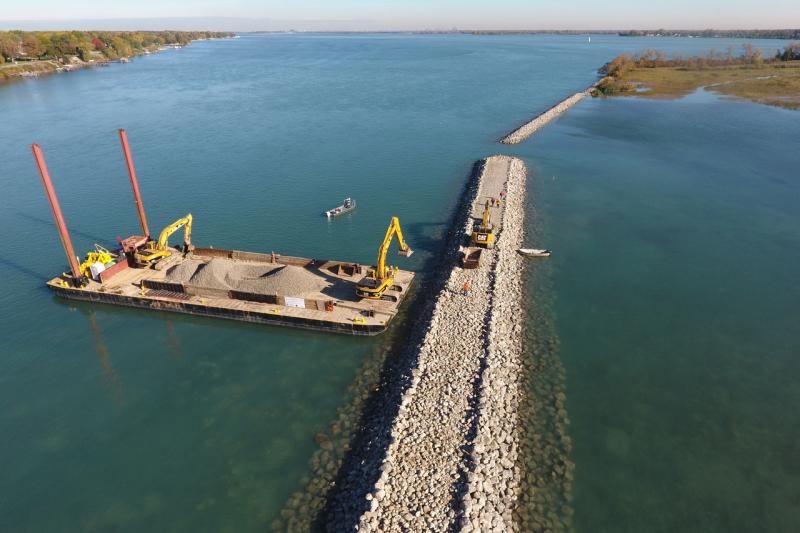 In the Great Lakes, NOAA’s Office of Habitat Conservation is partnering with the Friends of the Detroit River. This dedicated group of local citizens is charged by the U.S. Environmental Protection Agency to work in support of the Detroit River Public Advisory Council. Together, we’re cleaning up and restoring the Detroit River, which is listed as a Great Lakes Area of Concern due to high levels of pollution from decades of industry and development.

NOAA has worked with Friends of the Detroit River since 2013 to increase spawning, nursery, and foraging habitat in the river from Belle Isle at the upstream end to Celeron Island near the mouth leading into Lake Erie. 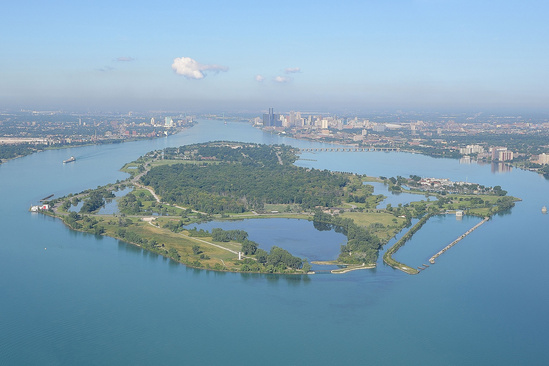 Looking downstream of the Detroit River at Belle Isle, near the Stony Island project. This international river follows the border between the United States and Canada. Photo: Detroit Riverkeeper

Our collaboration also has positive impacts to local economies and communities. Significant recreational and economic benefits are anticipated as a result of these projects. This will enhance southeast Michigan’s quality of life and further strengthening the Great Lakes fishery, which is worth $4-7 billion annually. Economic studies within the Great Lakes considering the impact of habitat restoration on the local community have found that every dollar spent on habitat restoration can result in a six dollar return on investment to the community.

One effort initiated early in the partnership is the Stony Island restoration project. With funds from the Great Lakes Restoration Initiative, NOAA contributed to the design and oversaw construction of this project. Almost two-thirds of a mile of shoal was recently completed. This increased and protected more than 50 acres of valuable coastal wetlands for habitat-limited recreational and commercial fish species like state threatened lake sturgeon, northern pike, walleye, and others important to the Great Lakes.

Along with native fish, the entire ecosystem benefits from the restoration and protection of important habitat for amphibians, reptiles, and birds like the state of Michigan threatened common tern. 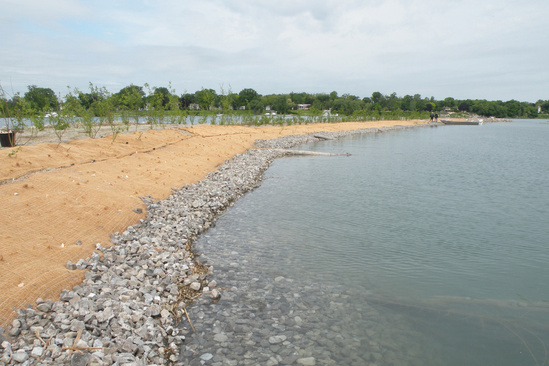 A complete Stony Island habitat shoal incorporates plantings and structures, and provides a variety of habitats for fish and wildlife. Photo: Friends of the Detroit River

Similar habitat restoration work is in the planning and design stages or is under construction at Celeron Island, Belle Isle, Sugar Island, and Pointe Hennepin—all benefiting the ecology of the Detroit River. NOAA’s partnership with the Friends of the Detroit River expects to:

All of this will all benefit the community.

These sites are unique in that they’re a part of the world’s largest freshwater system. They are helping improve the ecosystem of the only international wildlife refuge in the United States. This was historically a complex ecosystem of rivers, streams, and wetlands back in the early 1800s.

Prior to the wave of industrialization along the Detroit River, its resources attracted European settlers. Due to its location for shipping, the area eventually became part of a massive industrial economy including shipbuilding, steelmaking, and automobile manufacturing sustaining generations of residents.

As industry and commerce grew throughout the Great Lakes—and in Detroit specifically—dramatic changes occurred. The river was deepened and its shoreline hardened, tributaries channelized, and the wetlands were filled for development. Additionally, the valuable fresh water was used for manufacturing and the area became a dumping area for industrial waste.

These physical changes and industrial pollution eliminated important habitat for the fish and wildlife living in or moving through the Detroit River, leading to the unfortunate designation of the river as an Area of Concern in 1987.