Reflections on the life of Peter Hagen who passed away on August 2, 2020. 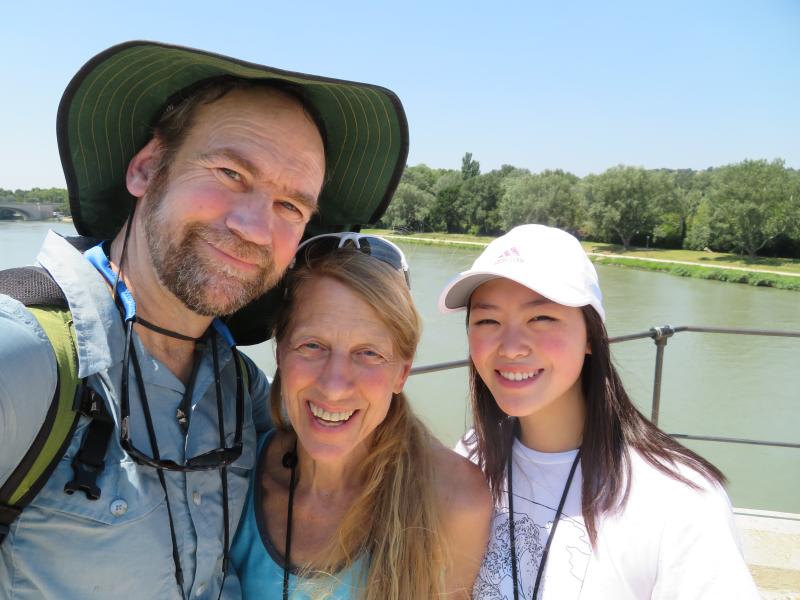 A quirky sense of humor, a memorable laugh, limited patience with bureaucracy—Pete was one of the good guys.

“One of Pete’s many lasting impacts is the sense of community he fostered among so many NOAA Fisheries staff in Juneau. I admire Pete’s significant efforts and passion to make new staff and their families feel welcomed. To Pete, Fisheries is a family and his actions followed suit. He helped them find housing and invited them to barbecues. He offered things usually reserved for close friends and family. Through his significant efforts and reach, Pete is personally responsible for building a warm and inclusive laboratory culture, which is integral to the productivity of the staff and the caliber of science they produce,” said Jeremy Rusin, deputy director, Alaska Fisheries Science Center.

Dedicated to his work, he was usually the first car in the parking lot in the morning and the last to leave at the end of the day.

While not one to seek the limelight, Pete was instrumental behind the scenes, serving on the Alaska Fisheries Science Center’s Board of Directors and coordinating daily operations for a large Division, with an approximately $14 million operating budget and a staff of 62 federal employees and 15 contractors.

Pete was a proud Alaskan and an influential advocate for the division. He served as acting director for two years after the retirement of Phil Mundy in 2017. During this time, he was host to countless visiting dignitaries, media, and school groups. He helped shepherd the transfer of ownership of the Auke Bay Marine Station to the U.S. Coast Guard. He worked closely with Senator Ted Stevens’ family to plan and celebrate the Ted Stevens Marine Research Institute’s 10th anniversary.

“Pete was a hard worker who shunned the spotlight and a good friend of mine. He worked in NOAA Fisheries Alaska Regional Office for 12 years before going to the Auke Bay Laboratories as deputy director. Over the years, he was involved in numerous efforts including National Environmental Policy Act reviews, salmon treaty negotiations, and coordinating NOAA Fisheries’ response to the Exxon Valdez oil spill. Through his work on the Exxon Valdez Oil Spill Trustee Council, I was especially impressed by Pete’s ability to translate scientific information to lawyers, accountants, and administrators. He was passionate about the public process and good and productive science. We will all miss him,” said Jim Balsiger, director, NOAA Fisheries Alaska Regional Office.

While Pete may have been content to remain in the background, Pete was instrumental in helping to make things happen within the Trustee Council. He had a hand in everything from administrating legal details of contracting, tracking interagency politics to advocating for good science, always mindful of what the public needed out of the Council. “Pete’s deft contributions were not only in providing scientific guidance and review but also in establishing and implementing the Trustee Council’s science programs,” said long-time friend and colleague Stanley “Jeep” Rice.

Pete also represented the agency on numerous other boards and committees, including the:

During his 20-year career with NOAA Fisheries, Pete was a strong voice for education and outreach. He was a big supporter of Sea Week, now in its 50th year, the annual Sun-to-Sea Science Camp, and the Southeast Alaska Regional Science Fair. Often during these events, Pete could be found standing in front of the touch tank, encouraging  members of visiting school groups to reach in and touch local marine life. He loved showing them  the wonders of science and curiosities of the undersea world, from the tiny and quirky spiny lumpsucker to the large and ominous looking wolf eel.

Pete completed his B.S. at the University of Washington and M.S. at the University of Alaska Juneau. He earned his Ph.D. at the University of Alaska, Fairbanks, where his thesis work focused on early life history of Pacific halibut, looking at growth rings in their ear bones (otoliths). His research at the time involved innovative use of image processing, x-ray microscopy, and statistical methodology to examine a historical collection of otoliths dating back to 1914. This important research was directed toward determining which quantifiable features of the otolith (both patterns and elemental composition) can be used to investigate mechanisms responsible for long-term changes in halibut population structure.

Pete began his career in fisheries by working in the seafood processing industry in the late 1970s. He also spent time as a commercial fisherman and as a private consultant. He worked for the Alaska Department of Fish and Game and the International Pacific Halibut Commission (IPHC) as a Sea Grant fellow. He also worked briefly as a field biologist on chartered vessels conducting research on halibut biology and gear comparison of halibut fishing methods for the IPHC.

He had many accomplishments over the course of his career. While working for the State of Alaska, he developed thermal marking from a research idea into an essential tool for managing mixed-stock salmon fisheries. By 2002, close to 1 billion hatchery fish were marked annually in Alaska. Estimates of stock composition were provided for more than 200 sampling strata to aid in in-season management thanks to the tool he developed.

Keeping Perspective on the Important Things in Life

In his role as deputy director of the Auke Bay Laboratories, Pete recognized the need for not getting bogged down in the little things. He took a long-term perspective to build on the 180-year history of marine science. While Pete took great pride in his work, he kept perspective, always ensuring time for family and friends.

Former Auke Bay Laboratories Director Phil Mundy added, “Pete had a knack for bringing calm to difficult situations and decisions by looking at all sides of the issue. His equanimity often produced temperate solutions in situations that otherwise could have ended badly. Nonetheless, as deputy, his ferocity as a defender of the labs’  budgets sometimes scared even me. I mourn the loss of Pete as I would a brother because of all we had in common: Seattle origins, the mentorship of Dr. Ole A. Mathisen, working for the Alaska Department of Fish and Game and NOAA Fisheries, studying the history of Alaska’s fisheries, devotion to family, and enjoying the company and foibles of a dog named Max. Pete lives on in the hearts and minds of those of us who loved him.”

"I've only had the privilege of working directly with Pete for the past year. But in that time, I was impressed by his tenacity and unrelenting commitment to the people and the work at the Auke Bay Laboratories. He had a wealth of knowledge and a passion for fisheries in Alaska. Personally, I appreciated how welcoming Pete was when my family and I first arrived in Juneau. Whether it was sharing information to help us settle in or simply sharing a bowl of cherry tomatoes from his garden, Pete cared about those around him,” said Robert Foy, director, Alaska Fisheries Science Center.

Pete will be missed by many in the fisheries science community and beyond!