For three weeks this August, acoustics researcher Jennifer Johnson will be combining her fishery biology and acoustics expertise to study fish in the Beaufort Sea, off the northern coast of Alaska, and Canadaâs Yukon and Northwest Territories. Johnson w 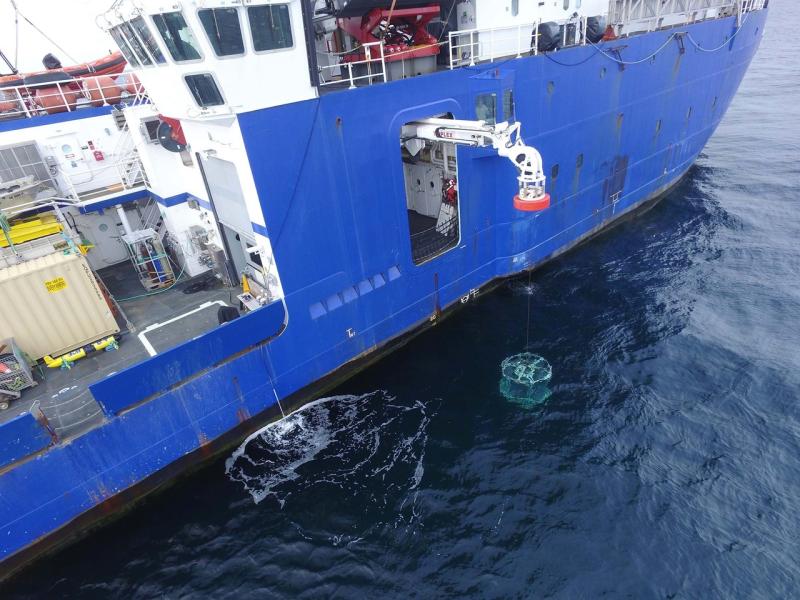 For three weeks this August, acoustics researcher Jennifer Johnson will be combining her fishery biology and acoustics expertise to study fish in the Beaufort Sea, off the northern coast of Alaska, and Canada’s Yukon and Northwest Territories. Johnson works in the acoustics research group at NOAA’s Northeast Fisheries Science Center in Woods Hole, Mass.

Johnson will be aboard the 261-foot Research Vessel Sikuliaq, operated by the University of Alaska.  She’s part of a multi-institutional research team, led by Woods Hole Oceanographic Institution, for the Beaufort Shelf Break Ecology Cruise.

“There are a lot of fish hugging the bottom near the shelf break,” said Johnson, who is part of the fish sampling team and also participated in the 2017 cruise to the region. “This year we want to see how widely distributed the fish are, the abundance of fish across the shelf, shelf break, and slope, and see what the acoustic target strength of species like Arctic Cod is in the area.”

What's Changing in the Beaufort Sea?

The cruise is set to leave on August 3 from Nome, Alaska on the state's northcentral coast, and to return on August 26. Researchers will combine oceanography, biology and fisheries science to learn more about the shelf‘s ecosystem and how winds create an upwelling region along the shelf break, the edge of the shallow continental shelf just north of Alaska.

Nutrient-rich waters from the deep sea brought up onto the shelf create an ecosystem that supports a range of animals, from zooplankton and smaller forage fish to Arctic cod, seals, seabirds and beluga whales. Communication with Alaska Native groups in the region is part of the research program, as many depend on the marine life in the region to survive.

Researchers will measure ocean temperatures and currents, collect plankton and fish with various nets, and use sonar systems to look at fish distribution and find out what is there and what the fish are eating. Johnson’s specific role is handling the fisheries aspects of the cruise, overseeing trawling operations and ground truthing the presence of fish and other marine life with acoustics, similar to fish finders, as they migrate up and down in the water column. Four acoustic moorings were deployed in the area in 2017 and will be recovered and redeployed on this cruise.

The multifrequency sonar and other instruments provide high resolution data on individual fish that can be compared with catch in the net tows to develop models specific to groups of animals. The vessel will also acoustically map any seafloor areas not previously mapped.

“I feel extremely lucky to have an opportunity to study in this rapidly changing environment, and to unlock secrets of the ocean in a region we know little about," Johnson said. "My experience here at the NEFSC working with Dr. Mike Jech has prepared me for a project such as this where I can sharpen my skills in applied fishery acoustic research.”

Johnson will take her experiences into graduate school this fall at the University of New Hampshire, where she will work on a project in the Bering Sea off Alaska.