Researchers Investigate Explosion in the Number of Pyrosomes off Alaska 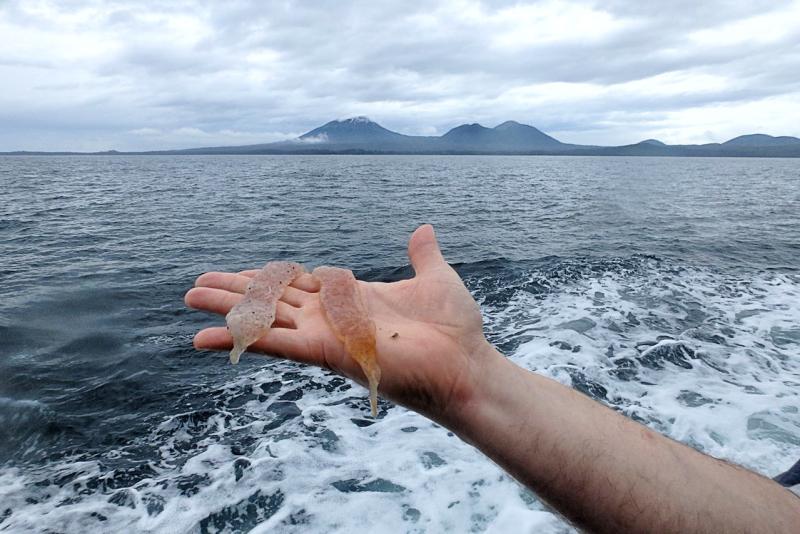 Pyrosomes caught off the coast of Alaska. Credit: NOAA Fisheries.

It may sound like déjà vu. A similar story made headlines along the West Coast last summer, but this is a new situation for Alaska.

Scientists call these jelly-like organisms pyrosomes. The creatures typically live in tropical waters around the world, occasionally emerging a little farther north in sub-tropical waters. But no one has ever recorded pyrosomes as far north as Alaska.

Pyrosomes were encountered in NOAA acoustic, surface, and bottom trawl surveys throughout the year from Kodiak to the offshore waters of southeastern Alaska. 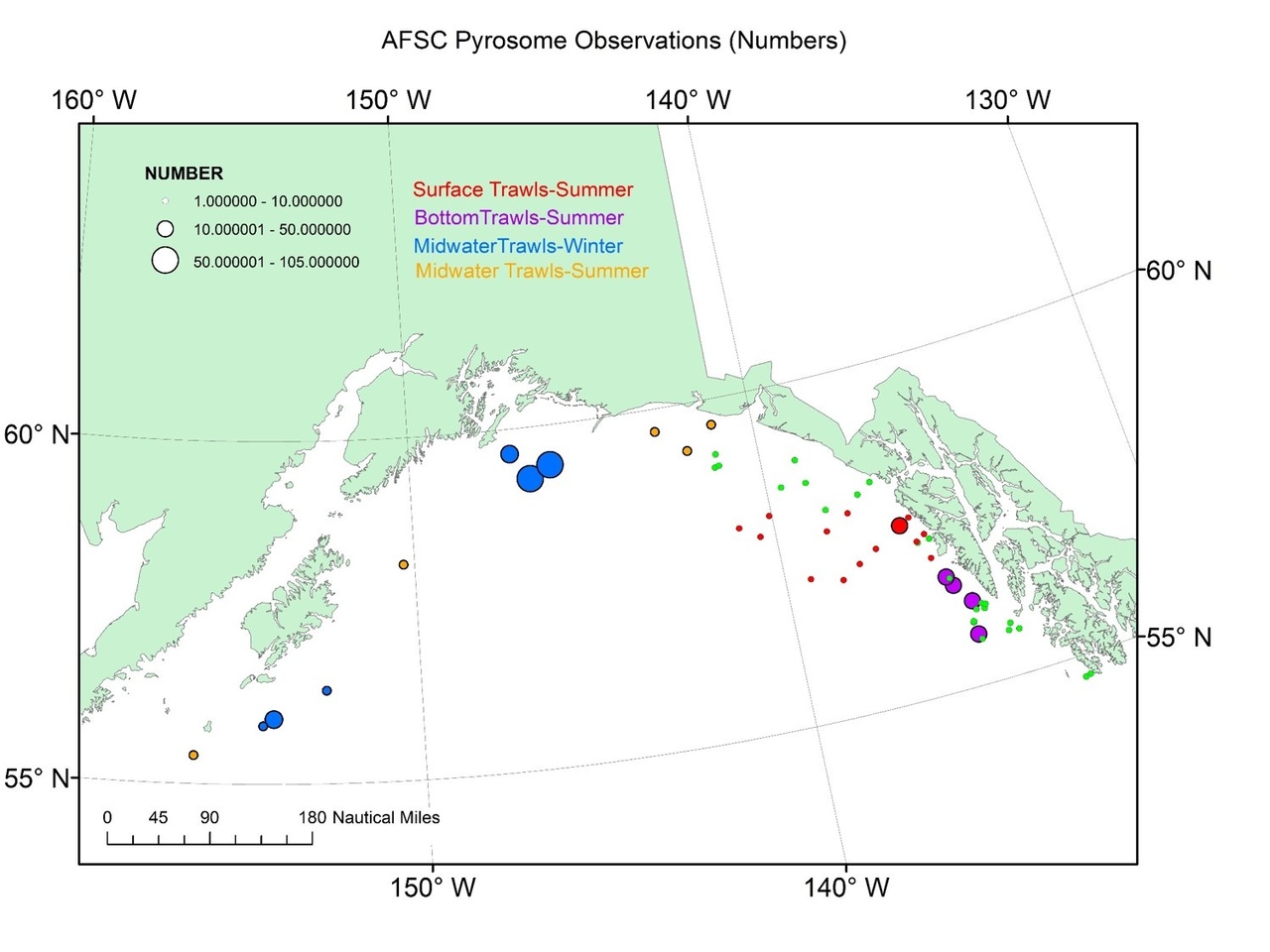 This map shows that surveys detected pyrosomes in a broad distribution all along southeast Alaska to west of Kodiak Island. Map credit: Wayne Palsson, NOAA Fisheries.

“Fishermen first observed pyrosomes in Alaska in early February in such high densities that the organisms clogged their fishing gear,” said Jim Murphy, fisheries research biologist, Alaska Fisheries Science Center. “I was contacted by biologists at Alaska Department of Fish and Game who shared specimens with me and I identified the species.”

The big question is: Was this just an unusual year—a unique phenomenon—or does this reflect a lasting change that could have food web implications? Scientists across the surveys witnessed rockfish species and sablefish eating pyrosomes. Pyrosomes filter and ingest tiny plant and animal cells from the plankton and may compete with other small grazers that represent more preferable or more nutritious fish prey. At this point, there are more questions than answers.

“We’ve been doing bottom trawl surveys up here since 1984 and we identify everything we catch for both fisheries management and ecological purposes,” said Wayne Palsson, Alaska Fisheries Science Center lead for the Gulf of Alaska survey team. “This is our first encounter with pyrosomes in the Gulf and demonstrates how important these surveys are in monitoring changes over time.”

For more of a visual, you can check out this underwater video from the NOAA research ship Bell M. Shimada, which captured pyrosomes in extremely high densities off the Oregon coast. They ranged in length from about 1 inch to more than 2 feet.