Dale Bambrick built relationships in local communities that improved the outlook for salmon. 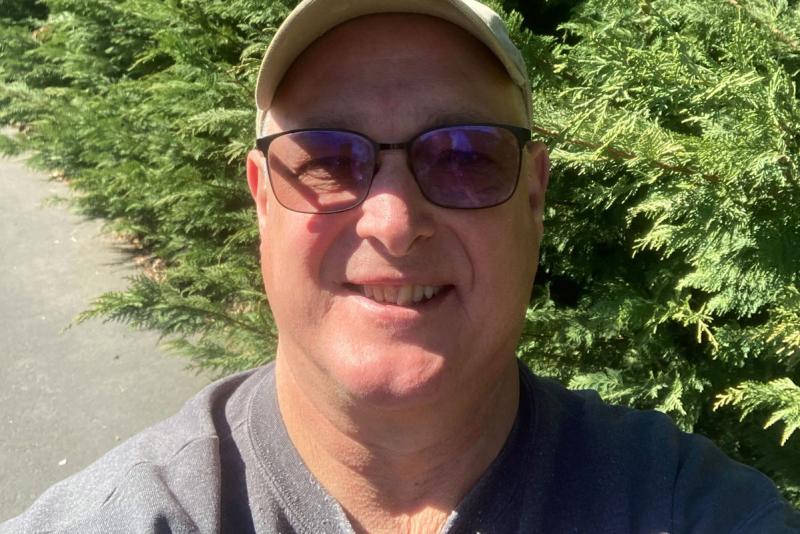 Dale Bambrick jokes he has seen the world, or at least as much as you can see between Issaquah and Ellensburg. He retired in May after 20 years leading NOAA Fisheries’ Ellensburg Office, and delivering critical gains for salmon and steelhead across Central Washington.

"I have never seen someone so committed to the resource, who was willing to say what was important and work so hard to make things happen,” said Barry Thom, Regional Administrator for NOAA Fisheries’ West Coast Region. “I have always appreciated Dale's commitment and his humor to get us through some pretty tough issues."

Dale Bambrick spent 37 years protecting and improving habitat and more to recover salmon in central Washington. Dale grew up in Issaquah and then crossed the mountains to attend Central Washington University in Ellensburg. He started as an art major, but with the encouragement of a professor he switched to biology.

In 1983 Dale’s advisor encouraged him to pursue a doctorate at Oregon State University. Instead, he accepted an offer from Grant County Public Utility District to join its environmental division. There he studied strategies to improve the survival of fish passing through dams, such as guidance nets that funnel fish toward safer passage routes. He also pondered the future: Should he be a teacher, a fish biologist, or go to graduate school?

Dale left to become a Regional Director for the Washington Department of Fish and Wildlife in 1997, where he helped create the Hanford National Monument. The monument preserved the native grasslands and landscapes which had been protected from development because of the restrictions of the former Hanford nuclear reservation.

In 2000, Dale joined NOAA Fisheries as Branch Chief in the new Ellensburg field office. He was interested in how the Endangered Species Act (ESA) could advance the improvement of fish habitat that he had been working towards through his career. He began building his team, which he considers one of the greatest achievements of his career.

Meanwhile, he faced local opposition to fish restoration measures under the ESA. “There were some tense moments,” Dale noted. Restoration of flows faced stiff opposition from agriculture interests, occasionally leading to enforcement actions against violators of new flow standards.

Though he sometimes took a hard line to demonstrate that NOAA Fisheries was serious about restoring fish habitat, Dale also developed relationships with local communities. “To gain the trust of people in rural areas, you have to become part of the community,” he said. Meetings with local groups gradually shifted from total opposition to debates over how best to implement fish protection and habitat restoration measures.

"Dale's success as a fishery professional demonstrated his keen awareness of the ‘triple bottom line’ concept,” said Michael Tehan, Assistant Regional Administrator for the Interior Columbia Basin. “Meaningful and lasting conservation solutions must address the relevant social and economic interests, as well as the ecological outcomes he was seeking to achieve. Dale did this by forming genuine and lasting partnerships with all the parties at the table, and these partnerships have served him well throughout his career."

As the community saw that salmon restoration could coexist with other land uses, landowners and others began to work more closely with NOAA Fisheries.

Urban Eberhart of the Kittitas Reclamation District summed up his accomplishments: “Dale has helped to build the pathway to get the Columbia River System and the Yakima River Basin heading in the right direction for the future.”

Restoring river flows, improving habitat, and managing grazing to provide for salmon recovery remain challenging, but necessary, Dale said. Habitat and flow improvements in the Okanagan watershed contributed to increased sockeye returns, for example. “Once ocean conditions improve we will see the positive effects of our habitat improvements in freshwater tributaries and mainstem of Columbia,” he predicted.

Dale leaves words of encouragement for his NOAA colleagues, “Remember how lucky we are to be doing important work. We are doing things that influence society and improve the world our children and grandchildren will live in.”