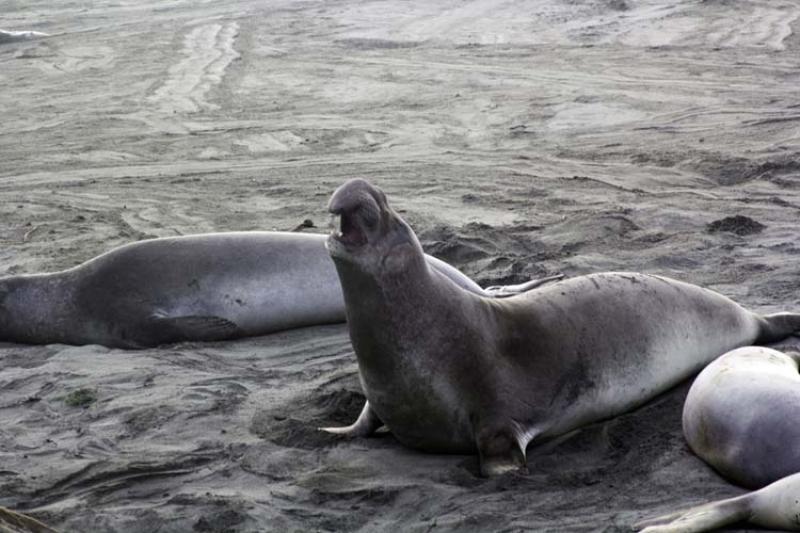 NOAA Fisheries’ Office of Law Enforcement is offering a reward of up to $20,000 for information that leads to a civil penalty or criminal conviction in the September shooting death of a protected northern elephant seal near San Simeon, California.

The seal’s remains were found September 29, 2019 near a popular viewing area along California Highway 1 where visitors can observe elephant seals on the beach. The animal had been shot in the head, with its tail fins cut off and chest cavity cut open.

A bullet was found in the seal and is awaiting forensic analysis.

Elephant seals and other marine mammals are protected by the Marine Mammal Protection Act. It carries civil penalties of up to $28,520 per count, a year in prison, criminal fines, and forfeiture of vessels or vehicles involved.

Northern elephant seals spend most of the year at sea, but come ashore twice a year in rookeries such as the beaches at Piedras Blancas, near San Simeon. Commercial hunting pushed the species close to extinction around 1900 but the population has since recovered.

The Act prohibits harassment, hunting, capturing, or killing of marine mammals. However, the law allows for non-lethal methods to deter marine mammals from damaging private property, including fishing gear and catch, so long as it does not result in the death or serious injury of an animal.

“We’re asking for help from anyone who may have seen or heard or knows anything related to this incident,” said NOAA Fisheries Special Agent Jeremy Munkelt.

Last updated by Office of Law Enforcement on January 13, 2020